Telling the Story of Atlantic Canada, book by book

Editor James Langer looks up from his desk at Breakwater Books in St. John’s long enough to take a phone call. The call is a welcomed distraction from the final copy-editing he’s doing on East Coast Keto, a cookbook by Bobbi Pike, an artist living in Topsail, Newfoundland. With six books on the roster for the season, Langer is left with little time to pause. When he’s not copy-editing, or doing a more substantial edit, he turns his focus to nurturing the next wave of Newfoundland writers.

“It is a lively place for young writers right now,” says Langer. 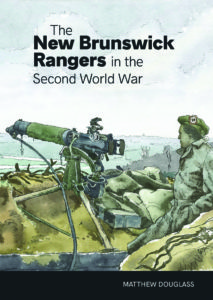 “Publishers in Nova Scotia are publishing more books than ever,” explains Terrilee Bulger, General Manager and co-owner of Halifax-based Nimbus Publishing and publisher of PEI’s The Acorn Press. Having published books for 40 years, Nimbus is now producing more than 50 new fiction and non-fiction books every year, up from about 30 books five years ago.

Atlantic Canadians have long loved storytelling. Stories help us to shape our identities and inform us about how we see the world and how we interact in it. Growing out of a culture where a tale was passed down from one generation to another orally, the tradition of storytelling continues today in new ways. Through its publishers, writing programs, literary festivals and mentoring of writers, the region is creating a place where imaginations are nurtured, and writers are encouraged to stay and tell stories.

“We live in a context that values stories and storytelling in all its many forms. And writers here, like writers everywhere, work hard toward articulating place and their sense of place,” said Professor Robert Finley, who teaches creative writing and creative non-fiction at Memorial University.

“People are extremely supportive within their communities of writers,” said Kelley Power, president of the Writers’ Alliance of Newfoundland and Labrador’s board of directors. “This is a place that fosters creativity and storytelling.”

Poet Shoshanna Wingate came to the region 15 years ago from New York City. Working at a busy literary magazine in the city that never sleeps, she had little time or space to write. When she moved, first to Newfoundland and later Sackville, NB, she knew she had entered a special place that would inspire her as a poet.

“As an outsider, I’ve noticed that Atlantic Canadians have a strong sense of the natural world,” said Wingate, now the Executive Director of the Writers’ Federation

of New Brunswick. “They are very connected to the sense of landscape.”

“In Atlantic Canada, there is so much wide-open land. You can just roam,” she said. “That has to have an effect on our imaginations.”

The spirit of place

For generations, the region’s writers have been stirred by the spirit of the place. Lucy Maud Montgomery’s imagination was ignited by the pristine beauty of Prince Edward Island. Communicating that deep love through her writing, more than 50 million copies of her book Anne of Green Gables have sold since its publication in 1908. More than a century later, Montgomery continues to excite new readers and writers.

Atlantic Canada’s internationally recognized writers like Montgomery and Alistair MacLeod continue to not only draw attention to the region but have helped pave the way for newer generations of award-winning writers like David Adams Richards, Lisa Moore, Michael Crummey, Ami McKay and Sheree Fitch.

“The international attention on some of our writers is a great help and inspiration to writers here—partly because of that success, yes, but mostly because of the amount that all of those writers put back into the writing community here by way of encouragement, mentoring, advice,” said Finley, referring to writers such as Lisa Moore.

A double award winner at this year’s Atlantic Book Awards for her short story collection, Something for Everyone, as well as the Alistair MacLeod Prize for Short Fiction and the $25,000 Thomas Raddall Atlantic Fiction Award, aside from writing good books, Moore teaches creative writing at Memorial University and works tirelessly to champion Newfoundland’s literary community.

“Lisa is wonderful,” said Langer. “She is selfless in the promotion of young writers.”

In Nova Scotia, writing programs offered through the Writers’ Federation of Nova Scotia, such as the Alistair MacLeod Mentorship Program, and the University of King’s College’s Master of Fine Arts in Creative Nonfiction, are not only helping emerging and established writers, but producing more publishable manuscripts, said Bulger.

At Breakwater Books, Langer and his colleagues are committed to nurturing emerging writers, actively seeking writers to help them move toward their first book and a career in writing. 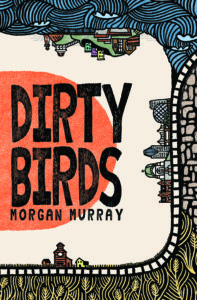 In 2015, Breakwater published Racket, an anthology featuring previously unpublished short stories by 10 new writers working in Newfoundland, edited by Moore. Morgan Murray, one of the young writers published in the 2015 anthology, didn’t stop writing, and in 2020, Breakwater will publish his first novel, Dirty Birds. Struggling with his crippling mediocrity, the hero of Murray’s book tries to find purpose in art, money, power, crime and sleeping in all day. In Spring 2020, Breakwater will also publish another collection of short stories by emerging writers, edited again by Moore.

Developing close relationships with writers is something small publishers in the region do well. “It falls on local publishers to be the champions of the region’s writers,” said Wingate.

Chapel Street Editions, a tiny non-profit publisher in New Brunswick’s Saint John River Valley, has carved out a niche. Since releasing their first book in 2014, they have published several books of non-fiction, poetry and fiction. Taapoategl and Pallet: A

Strongly rooted in the Saint John River Valley region, the publisher is committed to not only making books that are aesthetically pleasing and deeply connected to the place, but to nurturing local writers.

“I make it a point to be in continual communication with authors. It is kind of a continual conversation,” said Keith Helmuth, publisher of Chapel Street Editions.

Ongoing conversations are taking place, not just at Chapel Street, but between publishers, writers and readers across Atlantic Canada, allowing for the region’s stories to continue to be told in engaging new ways—one book at a time.

As they say, a rising tide lifts all boats and, as it seems in the Atlantic region, that includes the book community. ■

ALLISON LAWLOR’s work has appeared in The Globe and Mail and several magazines. She is the author of several non-fiction and one children’s books. She lives in Prospect, NS, with her husband, two daughters and several animals.