Strange things done in the northern

Books that explore the impulse to run away 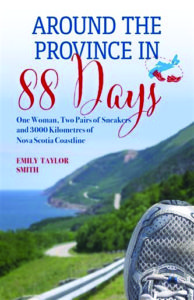 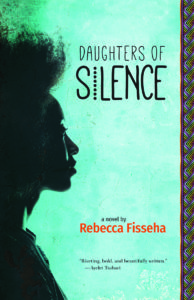 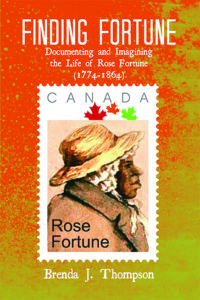 In 1939, Maurice, John, James Jr., William, Robert and Edward Higney left their home in Dartmouth to fight in the Second World War. All but one returned. John survived the war but was killed when a friend’s gun accidentally discharged as they prepared to leave for home.

William returned to Nova Scotia and realized soon after that he was not finished travelling. He went to the Yukon to build bridges in 1948. It was there that he discovered Robert W. Service’s poetry. He lost, and found, himself in Service’s blackly humorous tales of the North, in struggles against the bitter cold and the longing for the warm fires of home. He and Service shared the hunger to be on the move.

William fought in the Korean War before returning to Nova Scotia for good. Like so many veterans of that generation, he suffered from PTSD in a time when no mental health resources were available. But he found solace in a little red and yellow copy of Songs of A Sourdough.

Exploring reasons behind why they run…

The story of William Higney and his brothers is one of many that has long gone unheard. In five recently published Canadian books, new voices are raised and stories shared, but common among all the tales is the desire to run, either in one’s home province, or far and wide. Yet, in each book, the reasons for taking to the road varies.

In his excellent memoir, Cures For Hunger, Deni Béchard recounts what it was like to grow up with his bank robber father. Béchard spent his formative years torn between his hatred for what his father’s destructive personality did to their family while also craving his love and approval. They shared the hunger to run, to move, and look for something more. His father allowed this hunger to destroy him, but Deni used his for greater purposes. Cures For Hunger is an extraordinary accomplishment that combines loss, love, regret and humour in a way this reviewer has not seen since A Heartbreaking Work of Staggering Genius by Dave Eggers.

Sometimes the reasons are philanthropic. Emily Taylor Smith embarked on a personal challenge to walk the perimeter of Nova Scotia in support of the Heart and Stroke Foundation and the Brigadoon Children’s Camp Society. She shares her story in her new book, Around the Province in 88 Days, a loving testament to the human spirit and the simple joy of walking.

Some run to flee past horror. In Rebecca Fisseha’s debut novel, Daughters of Silence, Dessie is a flight attendant who is forced to confront a terrible secret in her past when her flight is grounded. Despite an over-simplified and abrupt ending, the novel contains characters that are well-drawn and the world they inhabit is vast and colourful. Fisseha is skilled at moving quickly between past and present tense, even when they appear in the same paragraph, without losing the reader.

Brenda J. Thompson’s book, Finding Fortune: Documenting and Imagining the Life of Rose Fortune (1774-1864), tells the story of Rose Fortune. Fortune’s parents escaped slavery in the United States and brought Rose to Nova Scotia at the age of ten. Rose grew up to defy convention and live life on her own terms despite the racism of the era. Thompson’s painstaking research is evident and the transparency she maintains regarding unknown or unrecorded periods in Rose’s life is refreshing.

Like Fortune, racism forced Suzanne Berliner Weiss to run. Born in France in 1941, Weiss spent part of her childhood hidden from the Nazis before her adoption by an American couple. She later became a social activist and devoted her life to helping victims of injustice. She tells her story in Holocaust To Resistance: My Journey. Weiss offers the reader a rare and thrilling vantage point: it begins in the French orphanages of those war-torn years and extends across the border to include pivotal historical moments in American history.

Berliner credits her confidence in her own voice to the Socialist Movement, an ideology some may find troubling. But her story is valuable and offers readers an opportunity to listen to and contend with all perspectives and viewpoints.

There is one constant in each of these stories: that wanderlust cannot be ignored. As a child, I did not realize that William had been a war hero who touched down on Juno Beach. I knew him simply as Grandad Higney who let me eat Cheezies and stay up past my bedtime on Friday nights.

Five years ago, I discovered that, like Grandad, I was not finished travelling. I packed up and moved to Toronto to study playwriting at the Tarragon Theatre. When I boarded the train, I had in my bag one red and yellow copy of Songs of A Sourdough. ■

B H Lake is a Halifax-based writer who has been published in The Furious Gazelle and Writer Magazine. She is currently at work on her upcoming novel, In the Midst of Irrational Things.