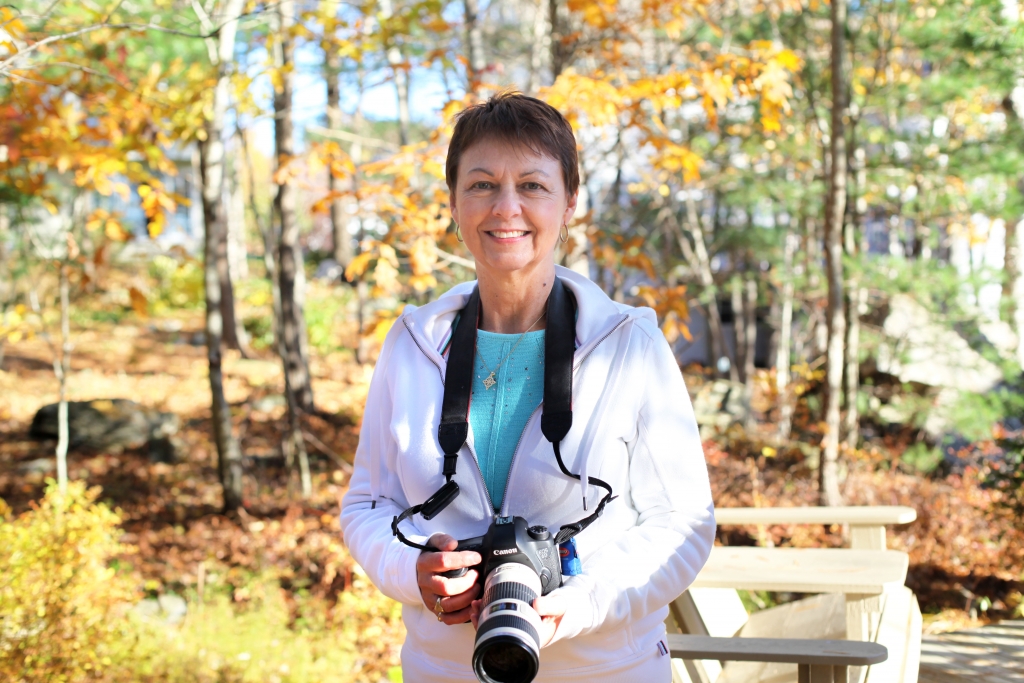 At home with photographer Nancy Rose and her furry subjects

Nancy Rose may be well known for her photographs of squirrels, but stepping through the front door of her comfy suburban Halifax home is more like a trip down the rabbit hole.

Inside, the decor is skewed toward “tiny chic,” with miniatures in every room: a Barbie-sized wooden church sitting by a hall table that holds a tiny clay bowl of even tinier clay fruit; a bite-sized birthday cake surrounded by tea cups laid out on the floor of the formal living room; a little sign on the credenza warning, “Caution! Squirrel X-ing”.

“My husband is a saint,” says Rose with a chuckle as she gestures towards the dining room table covered with craft supplies and toy cars. She proceeds into the kitchen/family room space that doubles as her studio. The room opens onto a small deck where a camera is set up on a tripod. The camera is pointed at a fist-sized jack o’lantern suspended by copper wire above a table. “He thought I was crazy when I started this, but he’s totally on board now.”

The ‘this’ that Rose r 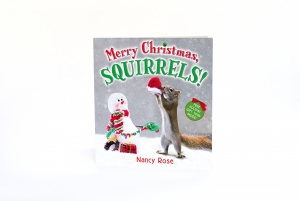 efers to is her passion for capturing images of wild squirrels using adorable props. It’s a passion that has resulted in the publication of The Secret Life of Squirrels and Merry Christmas, Squirrels with Penguin Canada.

It all started when Rose, a high school guidance counsellor, took an interest in photographing the wildlife that visits her back yard. Squirrels proved to be particularly photogenic, but Rose eventually found the shots repetitive.

Then, a light bulb went on. Why not use her considerable skills as a crafter to create sets and props for the squirrels to interact with? Rose constructed a little mailbox, added some tiny envelopes and hid peanuts inside. The resulting photo of a squirrel “mailing” letters was a huge hit on Flickr.

More photos meant more Flickr fame, and soon Rose was being contacted for interviews by media outlets from around the world. Eventually, Jackie Kaiser, an agent with Westwood Creative Artists, called Rose and said, “I think I see a book here. Would you be interested?”

All the while Rose is relaying this journey from amateur photographer to published author, she keeps one eye on the kitchen door. Blue jays are sparring over the peanuts she has spread on the table, but no squirrels have appeared. 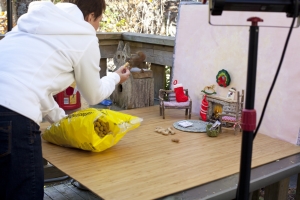 “The most difficult thing about taking photos from here is the light,” she explains. “There are places in the yard with better light. But I’m not willing to give up the comfort of being able to wait indoors to capture a shot.”

As if on cue, a bushy-tailed squirrel appears on the deck and chases the blue jays away. He sniffs the table tentatively and stretches up towards the pumpkin in which a peanut is hidden. Rose readies herself at the camera. Her subject sticks his head up through the bottom of the jack o’lantern and dances hilariously on his toes. Rose laughs out loud as she snaps several shots.

It’s clear that Rose is a woman who loves what she’s doing. She shakes her head and says, “How could anyone ever imagine this?

“I tell the students at my school who are desperately trying to figure out what they want to do, ‘Just make a start. The world changes fast and what you do now probably won’t be what you do later.’

“I mean, who ever thought I’d be a squirrel photographer?”