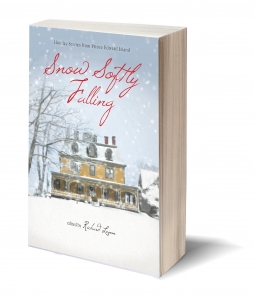 It is March 9, 2014. I am standing in front of the window with a warm cup of tea in my hand. It is still snowing outside, nineteen degrees Celsius, colder with the wind-chill. In this part of the world, the earth still has its clean, beautiful white dress on. Tomorrow is the first day of spring. The day all Persians celebrate Eid Nowruz, known as the Persian New year. Just like any other Persians, my family and I celebrate Eid. I started getting ready for this New Year weeks ago. It is exciting that Mother allowed me to decorate this year’s Haft sin table the way I want.

I have been involved in a love-hate affair with New Year’s Eve (Hogmanay) since I left my native Scotland to make my life in Canada more than four decades ago. On the last day of the year, just three or four notes of Auld Lang Syne will bring tears to my eyes and start my lower lip trembling. The song has the power to pull me back to a time long past and a homeland long ago abandoned. Add one glass of Glenfiddich too many, and my New Year’s Eve celebrations might well descend into a morass of nostalgia. For me, the countdown starts on the stroke of eight in Prince Edward Island—midnight in Scotland. At five minutes past the hour my phone rings and I answer to boisterous New Year’s greetings from one of my many siblings, or the happy voices of my parents as they beam their good wishes to me across the Atlantic Ocean. Their words of affection, and mine, are expressed in the lowland Scots dialect that we grew up speaking in my hometown of Dumfries.

Ever since Marina lost her father to his duties last spring, their Jewish culture has become something she clings to; but now she feels as if she’s losing grip, her fingernails digging deep into her faith—the talons of a hawk clutching to its food for survival. Her father had been stationed in Afghanistan for the past seven months, and they’ve asked him to stay another twelve. He’d always made Hanukkah a special event in their household, as his mother did for him growing up. Marina strokes the Menorah on the table of the hallway across from her parents’ room and remembers her father’s dimples framing his face—his gentle laugh threading through her memories of past Hanukkahs. She is twirling an imaginary dreidel with him, really Blue’s tail, again, when her mother enters the hallway, suitcase in hand. “Ready, Marnie?”

– T.N. MacCallum: “In the Temple of Jerusalem”

It was four in the afternoon, the end of November, early dusk lurking behind a curtain of snowflakes as I pulled up in the parking lot at Sobeys. Just a few little items left on my list. With my head turned away from the wind, I almost ran into him. A Japanese guy with a backpack and a city map, toque pulled low, hands shaking slightly, a lone straggler frozen in the wrong season.

After the government decided to close residential schools in the 1960s, with the last one closing its doors only in 1996, things were far from normal on the reserve. Life on the Rez, as it was called, was just plain tough, day in and day out. But, then, there was Christmas. On the Rez, at least according to the Elders, Christmas was pretty much a day of smiling with anticipation, smiling at everyone else smiling, and smiling at one’s gift – a pair of mittens, an orange, or a piece of hard candy that was hastily wrapped in God knows what. If one was fortunate to have the right connections to the outside world, used Christmas wrapping was a sign of wealth. No matter the veil, it was simply poverty dressed up in happy to be alive, which we all came to believe was the greatest gift one could receive no matter the suffering.

We have some strange ways of talking about Christmas. We say Christmas is coming. Christmas will soon be here. As if it’s an event that arrives with its own suitcase to unpack. But Christmas doesn’t just come. Christmas is made. By people. Often by moms. In my household, my husband and son and I are aware of making Christmas for ourselves and each other. We choose a series of experiences: the tree, the guests, the food, the gifts. I like to acknowledge this “making” in small ways. This year, we hosted a small party at our home on Christmas Eve, and when all our preparations were ready, when our house was clean and our party table set, we took a moment, the three of us before the guests arrived, to raise our glasses and toast each other. “Merry Christmas,” we said. It was a gesture of good will and celebration, a way to say: we are a family making Christmas together.

Richard Lemm is an award-winning author who has an MA in English from Queen's University and a PhD from Dalhousie University. He has been a faculty member at the Banff School of Fine Arts, and has been writer in residence and poetry instructor for various community colleges, regional libraries, public school districts, and summer writing programs across the country. He is professor of Canadian and English Literature and Creative Writing at the University of Prince Edward Island. He is the author of several volumes of poetry, as well the biography, Milton Acorn: In Love and Anger and the short story collection Shape of Things to Come.