A bookstore born of adversity in River John had lots of happy customers on opening day. 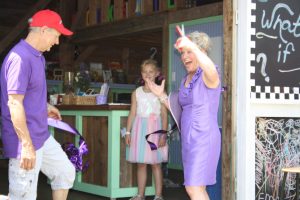 Children’s author Sheree Fitch and her husband Gilles Plante hosted hundreds of people at Mabel Murple’s Book Shoppe and Dreamery July 3, an effort that began on their 42-hectare hobby farm after locals lost their two-year fight to save River John Consolidated School.

“In the face of that, my husband and I said, ‘Well what do you do when things close?’” Fitch said during a break from the festivities. “You open something up.”

She estimated there were more than 200 people in the crowd for the opening of the granary her husband, a retired CBC cameraman, converted into a bookshop. 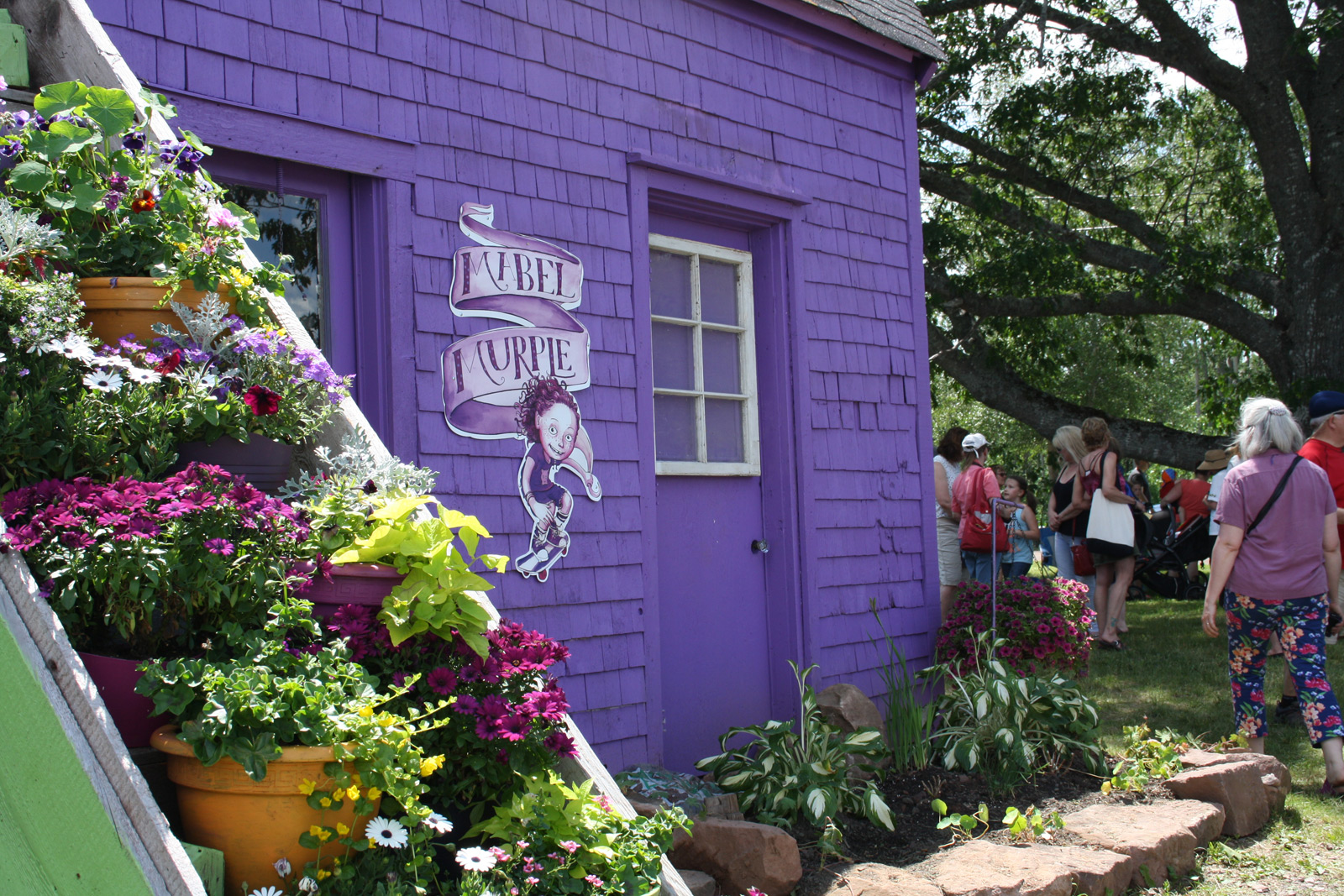 Powwow dancers from Millbrook First Nation and the musical duo Wild City Roses entertained the crowd, made up mostly of families with young children, many of them blowing bubbles in the breeze with soap Fitch provided at the gate. 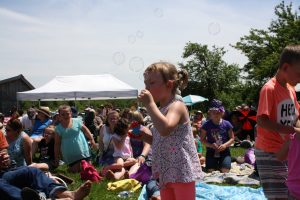 Children’s authors Marie Louise Gay and Alan Syliboy were also on hand to read to the audience.

“It’s about creating positive space in the country, a rural area,” Fitch said of her new venture. “It’s about having conversations about books. It’s about telling stories. It’s about carrying on the tradition of oral storytelling [and] celebrating books.” 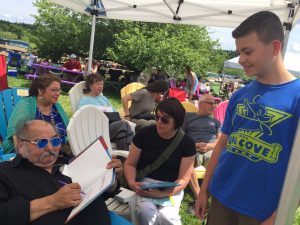 After 30 years as an author, Fitch said she wanted to be able to help celebrate Atlantic Canadian literature. She’s hoping the spot, which is full of shady trees to read under and farm animals to pet, will inspire others to dream when they come to visit.

“I want people to go out in nature and enjoy books and stories. I learned to read in my grandmother’s oak tree. So literacy, literature, imagination–it’s all combined for me. If after today, four people a day trickle through here, I’ll be happy.”

The plan is to stay open until September. “We know that we could not sustain this on a dirt road in rural Nova Scotia during the winter,” she said. 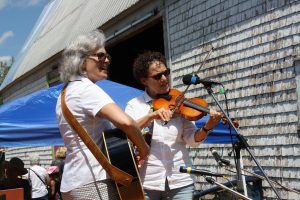 She doesn’t have a huge inventory on hand. “I chose, I think, really wisely. There will probably be some things that don’t sell that can carry over for next year.” 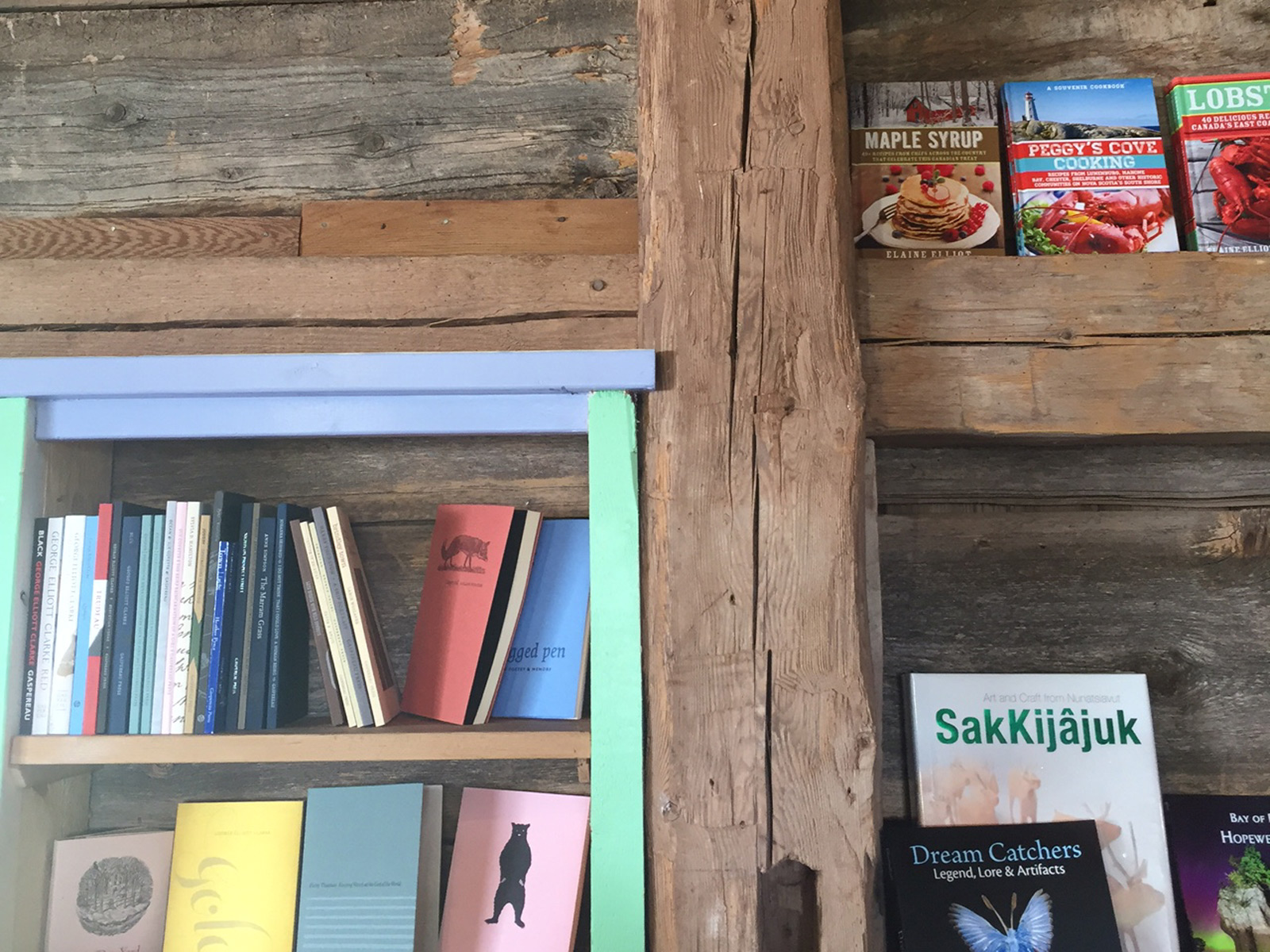 She’d like to see more bookstores open in small places like River John. “The big-box store–we want them to succeed. That’s all very good. And Amazon, you can, yeah, sit at your desk and order a book,” Fitch said. “But more and more … face-to-face, cheek-to-cheek, eyeball-to-eyeball, this is still what we need. I’m not anti-technology at all. But if we don’t have this, that’s dangerous. I think that we forget what stories can be.”

As Fitch told the crowd, numerous friends helped pull the effort together, doing everything from painting murals and fences to building reading nooks around the farm.

“This is a place that love built,” she said. “This is what love looks like, people.”

Chris Lambie is a journalist based in Halifax, Nova Scotia. He has worked at newspapers from Newfoundland to the Northwest Territories.