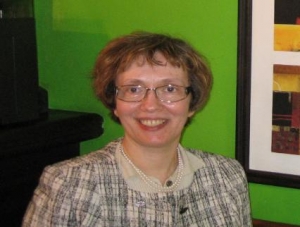 Dr. Evangelia Tastsoglu, a professor in sociology, women and gender studies at Saint Mary’s University, is an editor and co-author of six books on immigration and citizenship. Her two most recent titles focus on Atlantic Canada: The Warmth of the Welcome: Is Atlantic Canada a Home Away From Home for Immigrants? (Cape Breton University Press, 2015), and Immigrant Women in Atlantic Canada: Challenges, Negotiations, Re-Constructions (Canadian Scholars’ Press/Women’s Press, 2011).

Immigration policy has been heavily scrutinized recently with the ongoing refugee crisis. Policies have prioritized single women over single men, but women face ongoing barriers to their success after immigration through difficulties in the labour market. Tastsoglu takes a feminist approach to investigating the difficulties facing female immigrants – from new citizens to temporary foreign workers – in our region.

When did you start researching immigrants, and particularly immigrant women, in Atlantic Canada?

I started researching international migration, immigration and ethnicity in the early 1990s when I was still living in Toronto and teaching at Ryerson Polytechnical University. In 1993 I moved to Halifax to take up a tenure-track position in the Department of Sociology at Saint Mary’s University and my research interest in immigration shifted to immigrants, and particularly women, in Atlantic Canada.

What are some unique barriers immigrant women face that immigrant men, or Canadian-born women, don’t face?

Immigrant women face barriers due to their gender, social class/education, race and other forms of social divisions, as Canadian-born women do. But immigrant women also face barriers due to their immigrant status (regardless of the fact that they may have acquired Canadian citizenship). Immigrant status is inferred or even imputed, based on a non-English accent, name, and visible racial or cultural difference. These intersecting barriers produce a complex and compounded  negative effect in terms of disadvantage for immigrant women that is even more pronounced among newcomers.

How does discrimination affect their experiences overall, both in and out of employment?

Employment discrimination is one of the most serious problems. It starts at the stage of looking for work and realizing that one’s qualifications, skills and experiences are not recognizable in Canada. There is a great deal of underemployment of immigrant women in Atlantic Canada: women who are employed in jobs that are well below their level of education and experience prior to immigration.

Professionally successful immigrant women may be found in areas that are completely unrelated with degrees and prior experiences, while for newcomers the issue may be low-pay, low-status precarious employment. For newcomers in particular, economists, such as my colleague Ather Akbari at Saint Mary’s University, report that they are experiencing worsening labour-market outcomes despite the higher educational attainment of this population. The loss of “cultural capital” that these new immigrant men and women bring to Atlantic Canada is a result of undervaluing it due to non-recognition of foreign credentials and work experience from non-traditional source countries. These are systemic forms of discrimination (racism), compounded by sexism in the case of immigrant women.

Are there any notable differences between the provinces in Atlantic Canada?

The real differences are between cities and rural areas. There are fewer employment opportunities in rural areas, lower concentrations of immigrants or ethnic communities and thus greater isolation of immigrant women and immigrant families, and fewer services. Despite the warm welcome that local people have, for example, recently extended to Syrian refugees, adapting to living in small rural communities can be really hard for newcomers.

How has your own background informed your research?

I grew up in Piraeus, Greece, listening to migration narratives, on both sides of my family, stories of loss, survival, hardship and resilience. When I moved and settled in Canada in the late 1980s, studying migration came very naturally to me and has always felt like a calling.  Identifying as a feminist directed my interest to immigrant women’s experiences and the significance of gender in migration processes and outcomes.

Has the problem gotten better over the years you’ve been researching it?

Over time I have seen a much greater interest in immigration matters across sectors. The interest and resulting initiative and change has manifested itself through scholarship, immigration strategy and policy, funding, services, improved retention rates of immigrants, a greater visibility and mainstreaming of immigrants. This greater interest is perhaps motivated by the increasing realization, by both government and the public, that demographic and economic realities require higher levels of immigration and further improvement of immigrant retention rates throughout Atlantic Canada.