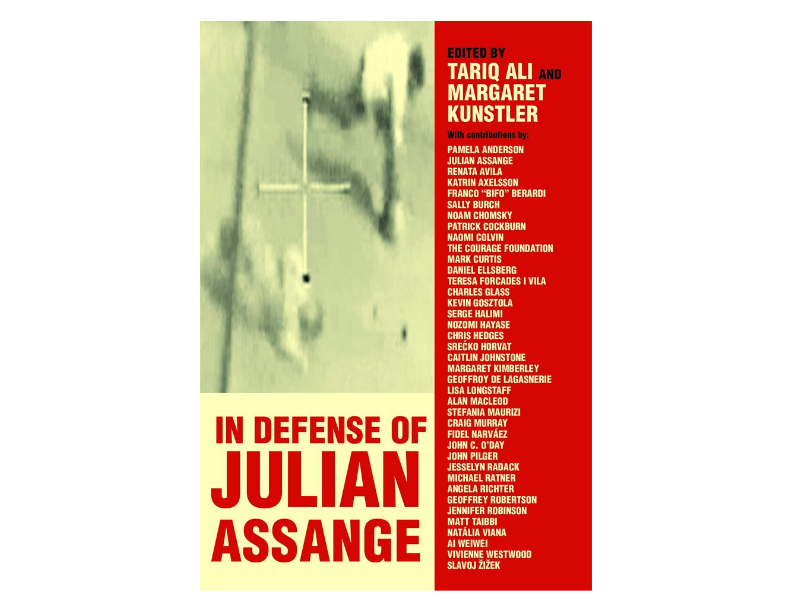 The case of Julian Assange and WikiLeaks is a defining issue of the age. It is a nexus of several topics currently dominating the discourse. The Iraq War, post-9/11 US foreign policy, the Arab Spring, the election of Donald Trump, freedom of speech and the #MeToo movement all coalesce into this globe-spanning affair.

The persecution of the Australian publisher and activist, and the events surrounding it, are explored in the new book In Defense of Julian Assange. Edited by political activist Tariq Ali and civil rights attorney Margaret Kunstler, this collection of essays, articles and excerpts aims to expose the vilification of Assange as character assassination, perpetrated by the United States Government and fuelled by mass media. Defense also strives to dismantle the charges against him and raise awareness as to how these attacks pose serious threats to press freedoms everywhere.

Those new to the trials of Assange and those familiar only with the popular damning narrative can both take something from this collection. The book’s introduction expertly establishes the story so far, from the birth of WikiLeaks, its mass releases of classified war logs and cables, through to Assange’s asylum claim in the Ecuadorian embassy, his 2019 arrest by British authorities and his current incarceration in Her Majesty’s Prison Belmarsh.

In Defense of Julian Assange is painstakingly curated. Each contribution adds a new facet defending Assange as an unjustly persecuted journalist, while further dispelling the narrative propagated by world leaders and media figures painting him as a lecherous, narcissistic cyber-terrorist.

The list of contributors is an all-star roster of anti-authoritarian iconoclasts, such as Noam Chomsky, Chris Hedges and Slavoj Žiֲžek. Assange’s own writings and interviews are transcribed, and journalists like Stefania Maurizi, who published WikiLeaks revelations with the Italian magazine L’espresso, are also featured.

One piece that stands out is a Guardian op-ed by Katrin Axelsson and Lisa Longstaff of the UK organization Women Against Rape (WAR). The article, “We are Women Against Rape but we do not want Julian Assange extradited,” highlights the organization’s belief that the Swedish authorities’ fervent pursuit of Assange for sexual assault allegations in 2010 had little to do with the state seeking justice for Assange’s accusers, and far more to do with the goal of eventually extraditing him from Sweden to the US.

The book also functions as a field manual on how to counter accusations commonly directed at Assange. This is accomplished through a series of chapters by Caitlin Johnstone entitled “Responding to Assange’s Critics.”

Apart from serving as an antidote to what the editors say is a smear campaign against Assange, this collection also illustrates the broader danger the Assange case poses to journalistic freedoms. In Matt Taibbi’s piece “Julian Assange Must Never Be Extradited,” the American journalist lays bare the United States Government’s exploitation of the Espionage Act of 1917, and how it could apply to any journalist who dares expose state-perpetrated abuses of power.

Perhaps the most powerful assertion from In Defense of Julian Assange is in its introduction:

“There is no evidence that WikiLeaks’ releases have caused the death or persecution of a single individual—globally.”

If true, then there is more blood on the hands of those exposed by WikiLeaks than on those of Assange, and readers must ask if the vilification of Assange is merited, or if its perpetrators are engaging in a witch hunt, attempting to stamp out dissent. In Defense of Julian Assange boldly argues the latter.