Road to the NHL 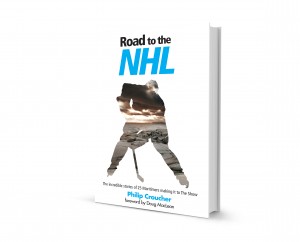 Forbes Kennedy, born in 1935, reminisces about his days leading to the NHL like they were yesterday. Each story, each memory, is recounted in great detail and with the same gusto he was famous for as a player, and later as a coach.

“I’m no millionaire, but I’m not on skid row either,” he says in his trademark raspy, but firm, voice. “I’m happy.” Over the course of the 1950s and 1960s, Kennedy played more than 600 games, suiting up for Chicago, Boston, Detroit and Toronto. During his junior days he was the property of another original six team, the Montreal Canadiens, and skated alongside many Habs’ greats.

Hockey was Kennedy’s profession and his passion. As a player, he did what he loved to do, and there was nowhere else he’d rather be than the rink. “I would’ve played for nothing—nothing,” he says.

Kennedy took to the game immediately. Kennedy played for the Charlottetown Abbies throughout his minor hockey league career, always leading his teams in scoring. But Kennedy knew if he was going to see how far he could go in hockey, he needed to leave Prince Edward Island. When an opportunity came his way, he jumped at it. A scout with the Ontario junior hockey league’s Barrie Colts watched Kennedy in action during the juvenile playdown. Kennedy was impressive, and his play landed him an invite to join the OHL team the following season. Kennedy, 16, gladly went, but when he arrived in Barrie he was told he was too young to play.

Then came a break. The Montreal Junior Canadiens were touring Ontario and had just played seven straight nights. They asked the Colts if they had any extra players the Canadiens could use for the remaining exhibition games to give their worn-out troops a rest. Kennedy was offered up, and played a game for the Junior Canadiens in Simcoe, Ontario. It was quite the night. “I played on a line with Henri Richard and we won, and I had a goal and three assists,” Kennedy says, not hesitating a moment in remembering his offensive production on that memorable evening.