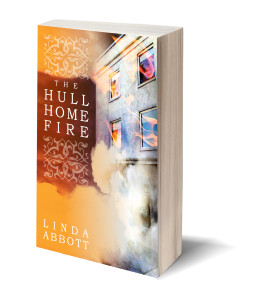 Itâ€™s clear from the first pages of Linda Abbottâ€™s novel that danger is imminent. Itâ€™s 1948 in St. Johnâ€™s, months before two Newfoundland referendums that would eventually see the region enter Canadaâ€™s confederation, and Henry Gibbs has been accepted to medical school in Torontoâ€”a fact that upsets his father to no end.

Henry works at Hull Home, a private nursing home run by the pathologically stingy Isaac Hull. Henryâ€™s girlfriend, Mary, also works there, and his grandmother is a resident. Without risking a spoiler, Isaac ignores repeated warnings about a defective stove, which causes a fatal fire. Abbott is sensitive in her depiction of the horrific event and its aftermath, while maintaining vivid, smoky details.

The Hull Home Fire is a challenge to classify. Readers looking for a conventional love story will enjoy Henry and Maryâ€™s tumultuous but ultimately caring relationship. However, it may not be for those who want a nuanced sense of how Joey Smallwoodâ€™s politics divided communities, or how young people leaving The Rock for better lives affected those left behind.