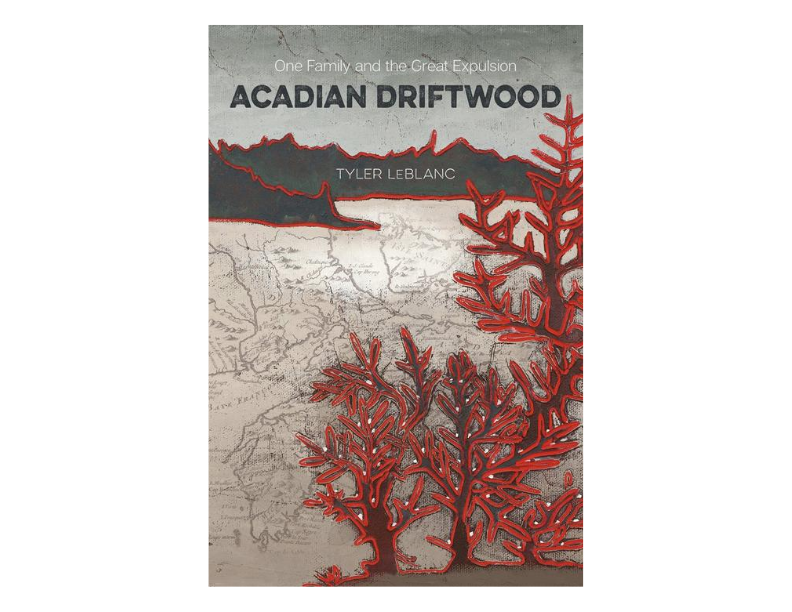 Late last year, I spent a few days in Washington, DC, and was grateful to have the opportunity to visit the National Museum of African American History and Culture. Its many powerful exhibitions walk the visitor from slavery through civil rights and up to present day times. To say “I had no idea,” would be an understatement. I left there changed by what I had learned about what African Americans have endured.

This experience was replicated for me when I read Tyler LeBlanc’s Acadian Driftwood: One Family and the Great Expulsion.

In the same way that I knew racism existed, but didn’t grasp the extent of the brutality suffered by African Americans, I also knew the basic facts of the Acadian Expulsion but really never thought of it as an ethnic cleansing.

Thanks to LeBlanc’s beautifully written book, brought alive in riveting detail, more of us will understand how the British tried to erase a people—the Acadians—from the landscape of the Atlantic region, and the horror these individuals experienced as their homesteads were destroyed and their families torn apart.

LeBlanc’s ancestors were one such family, but the author himself didn’t know of his Acadian roots until well into his adulthood. In his own words, LeBlanc says, “The surprising discovery set in motion a curiosity that plunged me into nearly four years of research and transformed the way I thought about identity, family, and the history of the place I call home.”

Readers will likely appreciate the book’s preface, which is a lovely nod to the Indigenous peoples of Canada, who were here before any of these settlers, Acadian or British. LeBlanc concedes that the story of the Acadian Expulsion is one small part of a much broader history that occurred within Mi’kma’ki, the ancestral and unceded territory of the Mi’kmaq people.

Through multiple viewpoints, all of which represent members of his family who were deported from their homeland, Acadian Driftwood sheds light on what happened to his ancestors—the ten children of Francois LeBlanc and Jeanne Hébert.

There was Bénoni, a farmer in Grand Pré in 1755, who was called to a meeting at the local Church along with all other Acadian men of the region. Surrounded by soldiers, the men were imprisoned in the Church for days, then marched to the shore and loaded onto boats while their wives and children watched.

There was Jacques and his wife Catherine, locked in the dark beneath the deck of a ship with hundreds of others, cramped and seasick. After a horrible three-week journey, during which many would have died of smallpox or dysentery, they arrived in Boston where the hostile locals shunted them to the outskirts of the city.

And there was Anne, who was deported by boat and ended up in quarantine in a “pesthouse” outside Philadelphia, where she watched friends and family, including her husband, die from deadly viruses.

This book is a work of creative nonfiction. LeBlanc uses his considerable skills as a writer to fictionalize more unknowable aspects of his relatives’ experiences, such as what they may have been thinking or feeling. The result is a searing and compelling tale that is hard to put down.

Wanting to document the suffering of some of the 15,000 Acadians who have mostly been lost to history, LeBlanc writes: “This is a personal book about ten siblings, all distant ancestors of mine, who found themselves tossed from their quiet pastoral lives into the turbulent world of eighteenth-century geopolitics.”

It’s obvious that this book was a labour of love, written after extensive research. The result? A gorgeous piece of truth-telling, sure to make LeBlanc’s ancestors proud.

Renée Hartleib is a professional writer and writing mentor who lives in Halifax. Her fiction and nonfiction has been published in anthologies, magazines, and literary journals. Renée loves helping others realize their creative dreams through one-on-one mentoring, inspiring writing courses, and unique writing workshops.