Remembrance Day sparks awe in the heart as we honour those who made the ultimate sacrifice in conflicts like the gruelling tragedy of the First World War and the unspeakable brutality of the Second World War.

Here are eight (of the many fine) Atlantic Canadian books that pay tribute to those who fought and suffered in the front lines and on the home front. 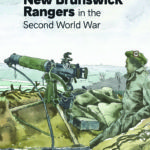 The New Brunswick Rangers participated in the Battle of the Falaise Gap, which cleared the way for the advance on Paris and the German border; the Battle of the Scheldt, which secured the vital supply lines of the port of Antwerp; and the Battle of the Reichswald, when German resistance on the west bank of the Rhine was finally broken. Drawing on archival photographs and original source documents, Douglass’s account of the Rangers’ wartime experiences is a crucial piece in understanding the role of heavy weapons support units on the Western Front. 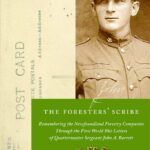 During the Newfoundland Forestry Companies’ time overseas, 37 letters were written home by “the Foresters’ scribe,” Regimental Quartermaster Sergeant John A Barrett. Published in Newfoundland newspapers, they provided a detailed and articulate account of the NFC’s service in Scotland. This book compiles Barrett’s letters and examines their historical significance. 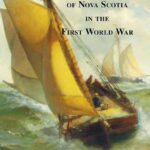 An armed team dressed as ordinary fishermen, sailed into harm’s way, seeking to be attacked by German submarines. Their mission was secret. They could not explain their service to Canada in the First World War. In this respectful history, John N Grant tells the long-buried story of Canada’s Mystery Fleet. He names men who tried to lure U-boats into range and then sailed into anonymity—until now. The historic photographs and text takes readers into a little known part of our history.

On July 1, 1916, the 801 fighting men of the Newfoundland Regiment erupted out of their trenches to attack the enemy at Beamont-Hamel, France. Thirty minutes later, all but 68 were dead or wounded.

The devastating shock that sent back home is told in I Remain, Your Loving Son: Intimate Stories of Beaumont-Hamel, edited by Frances Ennis and Bob Wakeham. The non-fiction book brings you into the trench with the men as they write letters to loved ones ahead of the attack.

Readers also hear from the families left home to absorb the grief and the descendants who still honour the great sacrifice today.

In Nova Scotia At War, 1914-1919, he argues the economic impact of the war shattered Nova Scotia’s dream of becoming the gateway of the Atlantic and the industrial heartland of Canada. More than two dozen photos bring faces to the stories.

Lucy Maud Montgomery’s Anne Shirley is an adult with children of her own in Rilla of Ingleside. Montgomery wrote the second-to-last novel of the series in 1921, setting it in 1914 in a world on the brink of war.

Anne has married Gilbert Blythe and together they have a 15-year-old daughter named Rilla and two older boys, Walter and Jem. When the First World War erupts, all three men leave Prince Edward Island to fight in Europe.

Rilla of Ingleside is thought to be the first Canadian novel written by a woman to give a woman’s perspective on the war.

Many Canadian soldiers left the European front of the world wars with more than memories. Thousands of European women fell for the dashing soldiers with tales of plenty from the new world and returned with them as war brides.

Melynda Jarratt’s short book Captured Hearts focuses on the Second World War brides and tells their stories, from finding love in war to settling in to life in New Brunswick after the war. Some 1,800 women and 900 children took the plunge and Jarratt captures their struggle to make a new life in New Brunswick.

The book mixes personal, heart-wrenching stories with a solid overview of the conflict and its aftermath.

Nova Scotia novelist Steven Laffoley set his first fiction, The Blue Tattoo, in the First Word War and the Halifax Explosion. His second novel, A Halifax Christmas Carol, explores the city’s psyche in December 1918 as soldiers and citizens face the first anniversary of the warn-born disaster.

An elegant story framed around Charles Dickens’s A Christmas Carol, the novel tells the story of a maimed little boy who turns up at a newspaper with a quarter to give to other kids who “need it more” than he does and the soldier-turned-journalist who has to tell his story.

Laffoley paints a striking portrait of a Halifax stunned by the disaster and the just-ended war, yearning for hope and ultimately a peace that will allow them to begin to remember all that was lost.