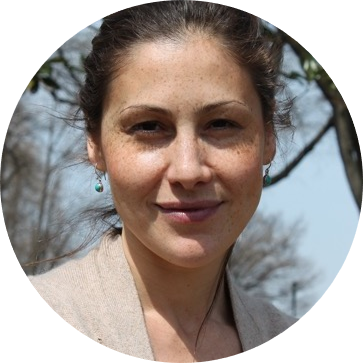 Sara Sinclair deeply understands of the important role of oral history. Born in Toronto to a family of mixed heritage—Cree-Ojibwe on her father’s side and German-Jewish on her mother’s—Sinclair says she’s always taken a deep interest in amplifying the voices and stories of those who are seldomly given a platform.

In her book How We Go Home: Voices from Indigenous North America (Fernwood, 2020), Sinclair speaks with several contemporary Indigenous people throughout Canada and the United States to discuss their unique experiences and their ongoing struggles.

Recently, Sinclair spoke with Atlantic Books Today to discuss How We Go Home and the importance of oral history.

Atlantic Books Today: What inspired you to do the work that you do in oral history?

Sara Sinclair: When I discovered oral history, it was in the back of a Dave Eggers novel—he’s an American novelist. I don’t remember what novel it was, but it said, “Check out Dave Eggers oral history book series called Voice of Witness.” That was the first time I saw the words “oral history” within print, and it was just really one of those moments for me where I thought immediately that it just totally intrigued me, totally resonated. I remember rushing to the computer and googling oral history, and I quickly realized that I knew about oral history, I just didn’t know it was called oral history.

I learned that there was an Oral History Master’s program at Columbia in New York City. I applied and ultimately attended. I arrived to the program pretty intent that I wanted to use my work to amplify the voices of contemporary Indigenous people because I felt like there’s a real lack of awareness of contemporary Indigenous life in both the United States and Canada, and I thought that oral history would be a particularly good tool.

What has been the biggest highlight of your career?

Sara Sinclair: I think probably [my] book. It’s the thing I am most proud of. With me, I don’t think I really appreciate my accomplishments until many, many years later. I have a belated sense of accomplishment. But with this I felt connected to it in a different way all the way through and I feel proud of it. I travelled, I wrote so much and I met incredible people.

Atlantic Books Today: Tell me about your book How We Go Home: Voices from Indigenous North America.

It emerged from my thesis work when I was at Columbia. When I was studying, my thesis was a specific project where I interviewed Native Americans, specifically, who grew up on reservation who left to attend elite academic institutions and then returned home again to work for their Nation.

They were able to narrate North American history in a really unique way and from a unique point of view. It was from that that I pitched this story of contemporary Indigenous voices to Voice of Witness. Then we worked together for like a year to expand and broaden the central question, away from a specific book about education to include a variety of life experiences.

Together we came up with a new central question, which was: What is it like to be a citizen of one Nation within a larger nation whose fundamental, social, political, economic and cultural goals are so often at odds? That allowed me to interview pretty widely, from both the United States and Canada, and include a real range of experiences that also speak to the biggest issues that Native American communities, Nations and individuals are facing.

The narrators are really the heart of the book, I am just the conduit. Being involved in connecting with people I find inspiring and being able to amplify their voices, it was just very rewarding.

Atlantic Books Today: What do you hope readers take from the book?

Sara Sinclair: A couple of things. One of the reasons that oral history really appealed to me is that I think it helps people to make connections between past and present.

First of all, there is a lot of lack of knowledge about those Canadian and American history as it pertains to Indigenous people. I kind of hope people come to it with curiosity, and they see it as an opportunity to fill in the gaps in their own understanding of the history of these lands.

And read it as a call to action. There are treaty obligations, legal obligations, ethical obligations to Indigenous people here. [I hope readers] are inspired to learn more about the native lands that they live on and the native people they live close to…and the work they are engaged with in terms of improving quality of life for themselves and their communities and their land.

I hope people are just inspired to learn and then to act.

Caitlyn Mearns is a college student and writer on the east coast of Canada. She loves books, folklore, horror films and the east coast’s vibrant craft beer (and cider!) scene. Caitlyn currently lives in Halifax, Nova Scotia with her husband and their two cats, Harley and Hazel.