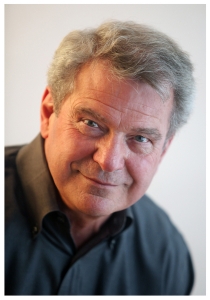 Bill Rowe has had many titles — Rhodes Scholar, Member of the Newfoundland House of Assembly, lawyer, public affairs commentator, and bestselling author. His latest book, The True Confessions of a Badly Misunderstood Dog, takes a warm and humorous look at the inner lives of a destined-for-greatness dog named Durf and his human and feline housemates.

ABT: What do you consider your best quality?

A quality you desire in a partner:

What do you appreciate most about your friends?

Not calling me at 10 o’clock on a Saturday morning with the invitation, “Hey, old buddy, how about giving me a hand moving some furniture?”

Entertaining still a remnant of tolerance for self-righteous morons.

My long-term memory is so good that I can remember when my favourite occupation was being physically active in bed. Now it’s lying quietly in bed, mentally writing my next book. This may not be everybody’s notion of progress.

What is your idea of happiness?

The needy pursuit of “happiness” is a mug’s game. Happiness is elusive and, even if caught, evanescent. Tackling some difficult, creative task, and making progress towards the satisfaction of doing it well, seems better.

Your idea of misery:

Being trapped too long in a social situation requiring polite restraint towards self-righteous morons.

If you could be someone else for a day who would it be?

To get some answers. How could he write so many works of genius in such a short period, all the while becoming rich in business and property? Did he even suspect he was the greatest writer of all time? Did he have syphilis, and was that what killed him in the prime of life at 52? Why did his “personality” seem to make relatively little impact on his own era, compared with, say, Oscar Wilde’s or Earnest Hemingway’s on theirs? Was it because he hoarded his wisdom, wit, insight, and charisma entirely for the blank page in front of him? And so forth.

Out here, in the middle of the North Atlantic, is good. Sometimes, though, when a St. John’s day in July produces winter temperatures, it almost seems too remarkable a co-incidence that the place where I happened to grow up also happens to be the best place on earth to live. Then I have random thoughts: the South of France would be good, too. 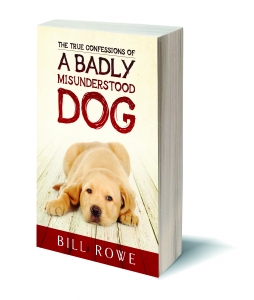 The subtly varicoloured greens of new leaves in spring.

Resourceful Odysseus, the man of twists and turns. And Rosalind in As You Like it: she’s so wise and funny she ranks as one of the finest.

Bouillabaisse with Chablis or Provençal rosé, followed by Sauterne, preferably Chateau d’Yquem, if someone with the money to match his hedonism is buying.

What is your greatest fear?

That Schopenhauer’s answer was right when someone asked him where we go when we die. He replied that you go to wherever you were before you were born. Is he suggesting that our subjective selves will be lurking somewhere just waiting for the chance to do this all over again? Bloodcurdling.

To perform brilliantly in the highest of the arts: music.

How you want to die:

Slowly, for the first 85 years, and then very quickly. Maybe after a nice, strong soporific during a trip to Switzerland.

Your present state of mind:

Contented indifference regarding self, reliably alternating with stark anxiety for others.

Innocens non timidus, which can translate to: “Innocent not fearful.” Whatever the hell that means. But it sounds ominous, like the plea of someone “wrongfully” accused. I’m stuck with it, though. It’s the motto of my ancestral gang, one of whom claimed, on being arrested later, that he didn’t really comprehend what he was doing when he signed the death warrant of King Charles the First.