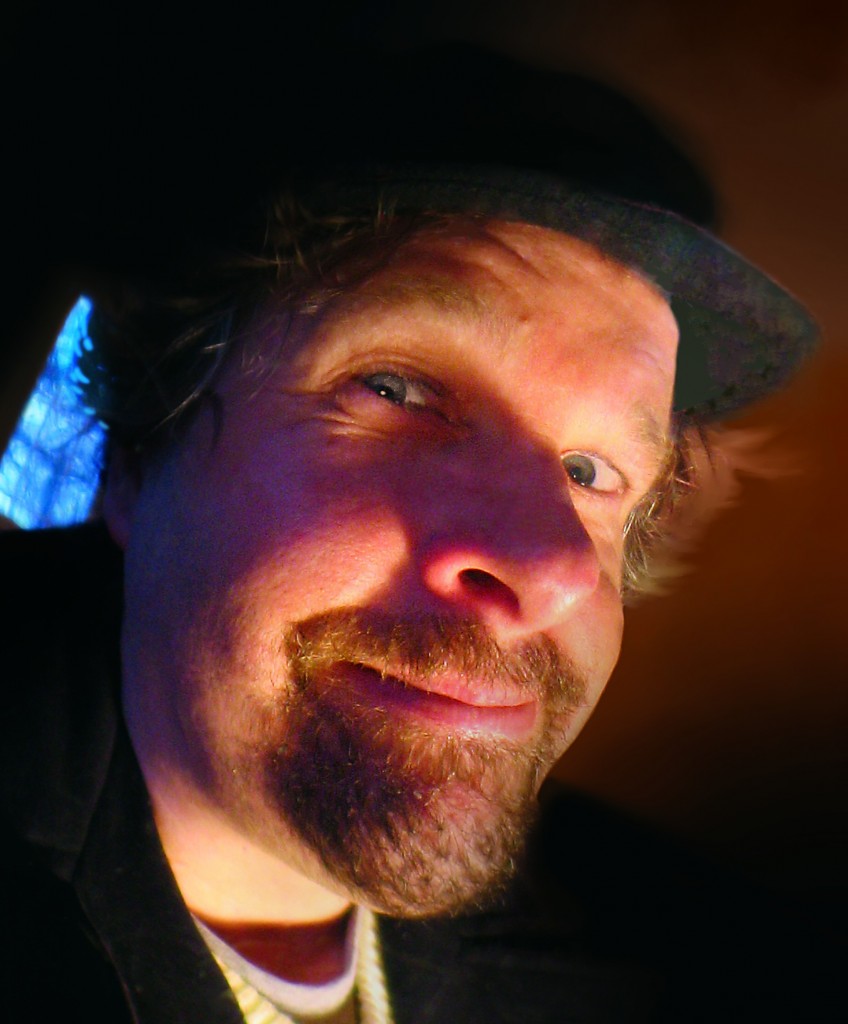 He likes the shadows. It is not like he sleeps all day (like the vampires he has written about) nor does he identify with the Gothic subculture. “You’re not going to find me smoking my cigarettes, saying, ‘I am very cool, I am very Goth’,” he shares. He just loves the stories that ‘go booga booga’.

Steve Vernon is Halifax’s master storyteller of tales shrouded in mystery, folklore and the supernatural. The author of The Lunenburg Werewolf, Halifax Haunts, Maritime Monsters, Sinking Deeper and other books learned how to ‘spin yarns’ from his family. “Stories sort of covered the house like wallpaper. They hung there and you soaked them in,” recalls Vernon. “I think it was just the way my grandfather could communicate.”

As a child growing up in northern Ontario, Vernon often hid out in the forest—a refuge from tormenting bullies. “If you’re off in the woods, unless you want to start talking to yourself, you end up living in your imagination a lot more,” he says. “It’s almost like for the first twenty or thirty years I could only speak if I was telling a story.” 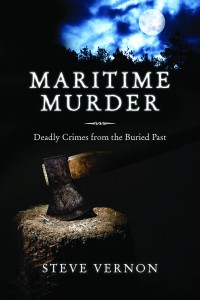 While many of Vernon’s books send chills up your spine, his latest collection—Maritime Murder: Deadly Crimes from the Buried Past—could be his most frightening yet. To be released this month by Nimbus Publishing, it consists of nineteen true murder stories from New Brunswick, Nova Scotia and Prince Edward Island circa 1770-1929.

Maritime Murder is Vernon’s eighth book published through Nimbus and he has an additional ten books published by other traditional presses, not to mention the countless stories and poems published in anthologies and magazines. He has also embraced more contemporary publishing methods, having released fourteen e-books.

Vernon has not adopted the stance that we should ‘burn our books’ (traditionally printed forms) but knows that e-books are a reality. He observed the transition from regularly riding public transit for the last thirty-five years. “Early on I’d look around and every second person would turn a paperback. Then over the years, I started seeing more people looking at cell phones and mini contraptions that I had no idea what they were—they might have been nuclear warheads for all I know,” Vernon laughs. “Then these last few years, I see more and more people every day reading e-readers. That’s my market study.”

Vernon adds that just because something is read on an e-reader does not mean it is not a ‘real book’. “That is no different than saying that hard covers are real books and paperbacks are just cheap knock-offs of the real thing. It just doesn’t hold true.”

Vernon has also just begun self-publishing books through Kobo, although he does not recommend this to aspiring authors, necessarily. He credits his editors at Nimbus and other publishing companies for improving his manuscripts, keeping him in check and ultimately helping him grow as a writer. “If you haven’t written anything for market where someone has actually said ‘This story is worth something,’ then you haven’t jumped over that one hurdle,” he says.

Essentially, it is about getting your story out to the readers, says this passionate teller of tales who would rather ‘write a few words than breathe’. That is why Vernon is opening his arms to the digital literary world. “Get the story out there to let somebody read it. That’s when a story becomes real,” Vernon expresses. “It’s like cooking a whole kitchen full of food and just leaving it there for the cockroaches. A tree fell in the woods and nobody heard the darn thing.”

This story was originally published in the fall 2012 issue of Atlantic Books Today.