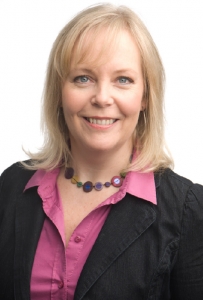 An MFA in creative nonfiction helped Pauline Dakin publish Run, Hide, Repeat: A Memoir, about a childhood of extreme secrecy

June has turned our thoughts to graduation, the last rite of spring and harbinger of patios, cottages and beaches – all great places to read books. To celebrate, we are feting three recent graduates of King’s College’s new Master of Fine Arts in Creative Nonfiction, each of whom has scored a book deal. The program is designed to help writers turn good ideas into completed books, and connect them with agents and publishers who can take said book to a wider audience. The program, now in its second year, has so far resulted in at least six book deals.

Today we chat with Pauline Dakin, who has written a memoir about a most unusual childhood growing up on the run from the mafia, which will be published by Penguin Canada is in September 2017.

Pauline, what were you up to when you decided to apply to the MFA program at King’s? Why did it appeal to you at this point in your career?

I was on my way home from doing a fellowship with the MIT/Knight Science Journalism program in Boston when the email from King’s landed, announcing the new MFA in creative nonfiction. At the time I was a health reporter for CBC National News, and I was always interested in fellowships and other learning opportunities. But this would be a much bigger commitment.

I had recently done a multimedia series for CBC on the mental, physical and emotional impacts of technology and social media on kids. I thought it would be a great topic for a book. Writing a book seemed like a natural progression for a long-time reporter, and I was looking for a challenge. Although I had no idea how much of a challenge it would be, or how rewarding.

My book topic changed during the program, I think partly because there was an atmosphere of remarkable sharing and support among my classmates and professors. It was a safe place to explore a challenging and compelling personal story.

Why was this particular book the one you wanted to write?

Ultimately I decided to write about my family because the time finally felt right to sift through some difficult events I had tried to forget, but which continued to plague me. Both my parents and some other key characters were dead, my children nearly grown and I had some distance — time wise and emotionally — from what had happened.

Essentially, I grew up in an atmosphere of extreme secrecy and palpable fear without knowing why. Twice my mother, brother and I disappeared, leaving everyone we knew behind without saying goodbye and moving thousands of kilometres away. When I was in my early twenties I was told the reason for all our strange behaviour was that we were on the run from the mafia, and that my mother was getting ready to disappear again, into protective custody. That never happened, because she was the victim of a terrible betrayal.

It’s a difficult story to tell and to understand, and I thought that imposing a narrative structure on it might help me to put it to rest and provide a thoughtful way of telling my children about it.

For me, the MFA gave me the structure and discipline (deadlines!) to write my book. It also offered both group and one-on-one critiquing of my work. We were paired with mentors, published writers who provided invaluable feedback and suggestions.

Writing can be a very isolating process but it was less so because of the strong community of my class, teachers and mentors. It was a transformational experience, and a year after graduating many of us still stay in touch and are supporting and celebrating each other’s successes.

I have some book ideas and themes I’d like to explore. But I have to complete this one first! And after 23 years at CBC I’m starting a new job this fall, as a professor of journalism at the University of King’s College. I’m going to catch my breath and spend some time working on lectures and teaching skills before I launch into the next book project.