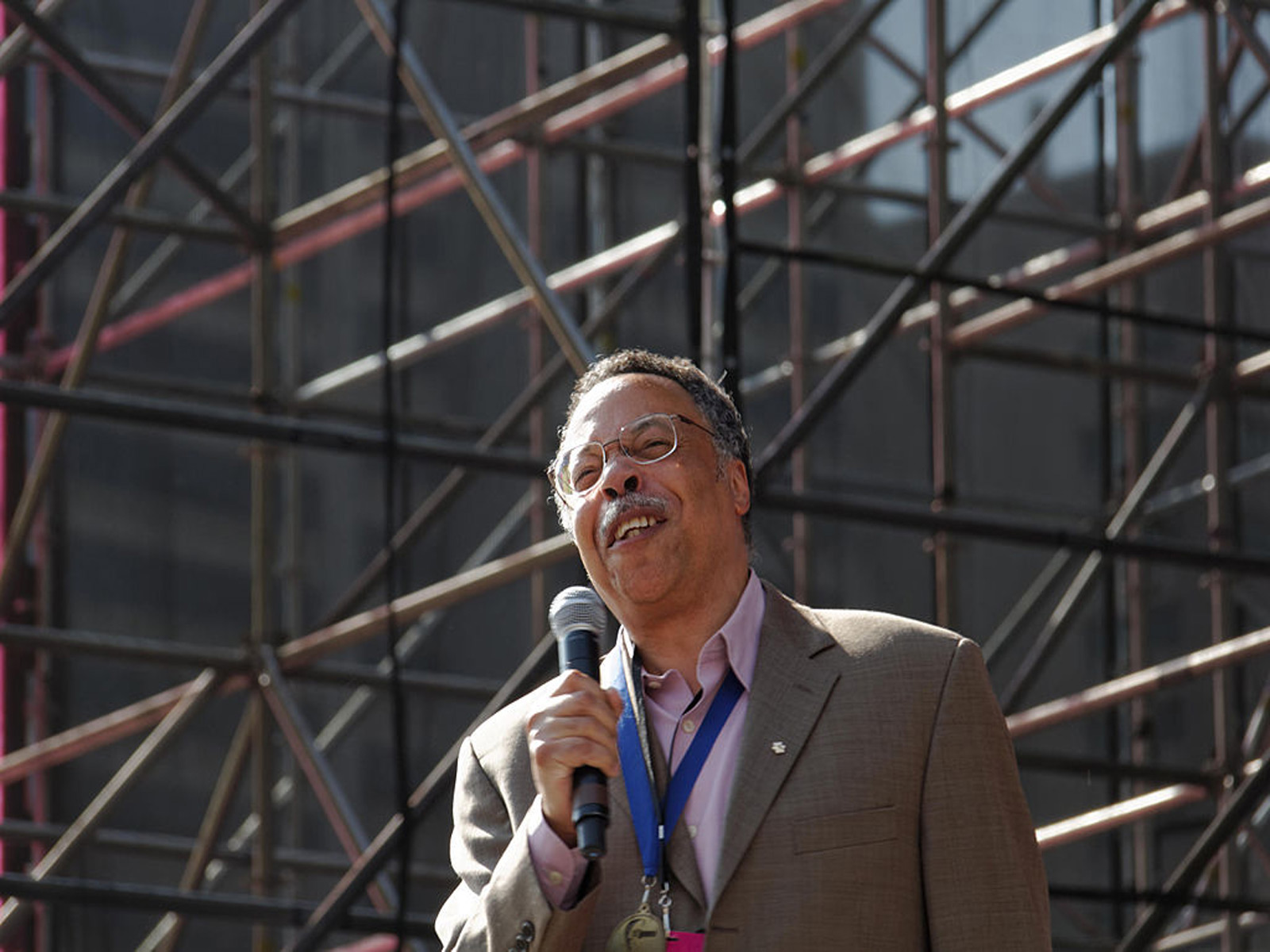 From Student to Songwriter to Poet, How George Elliott Clarke Got His Start

When Parliamentary Poet Laureate George Elliott Clarke started writing at the age of 15, it was mainly a way for him to maintain the “star student” status he had earned throughout junior high. Moving on to junior high meant joining a bigger pool of students that included athletes and “smart kids from other areas of the city,” so he decided to set himself apart by teaching himself to write songs.

“I chose songwriting because I liked music,” says Clarke. “But I had forgotten how to read music and I didn’t know how to play any instruments anymore. I had taken saxophone for a couple of years but was never serious about it. And I was told that I couldn’t sing. So that summer — 1975 — I started to write songs. I wrote four songs a day and I did that for two or three years.”

During that time he read a lot of books on songwriting and, since it was the mid-70’s, most of those books championed artists like Bob Dylan, Leonard Cohen, Joni Mitchell and one of Clarke’s own personal favourites, Bernie Taupin. The common theme of many of these books was that in order to be a songwriter, you have to be a poet. Grandfather Rock by David Morse, a book that pairs rock lyrics with classical poetry may have had the most influence on Clarke at that time in his life, but by this time, he was reading (and now writing) a lot of poetry as well, in an effort to inform his songwriting.

“So at 16, I’m now reading and writing poetry,” says Clarke. “My way of distinguishing between the two was very simple. If it rhymed, it was a song. If it didn’t rhyme, it was a free verse poem. I was still writing four pieces every day but usually it was four free verses instead of four songs.”

Clarke continued to write throughout high school, with plenty of support from his teachers, and by the time he was eighteen he had decided to start seeking publication. But before he started submitting, he took a creative writing course to “see whether or not I had any talent and take the opportunity for someone else to tell me what I was doing right or wrong.” That someone turned out to be Nova Scotia author Sylvia Gunnery, who was teaching a night course at the time.

“Sylvia recognized that I had a little bit of ability,” says Clarke. “So she arranged a meeting between myself and a professor, the unfortunately late Richard Raymond. At the time, he was the editor of the Dalhousie Review. So I rolled into his office at Dalhousie and he read some of my poems while I scanned the books on his shelf. Then, after a few minutes, he turned to me and said, ‘Congratulations! You are a poet!’ and that was nice. And then he pulled out a sample rejection slip and passed it to me and said, ‘Get used to these.’”

Clarke published his first poem in 1979, the same year he became a finalist in the Adult Poetry category of the Atlantic Writing Competition, held annually by the Writers’ Federation of Nova Scotia. In 1981, he won that same category. That year, writer and publisher Lesley Choyce was one of the judges, and he approached Clarke and asked him to write a book for Pottersfield Press. Clarke didn’t take the offer seriously at the time, but when he ran into Choyce a year later, he agreed to write the book after all. Saltwater Spiritual and Deeper Blues was published in 1983.

“Of course it was a significant moment, mainly because for me personally, my father had been an artist — in my mind, a rather frustrated artist,” says Clarke. “And my great aunt was Portia White, a very famous singer who is still renowned around the world and especially in her home province of Nova Scotia. I had significantly artistic folks in my family background.”

But when Clarke presented his father with a copy of his book, there wasn’t much of a reaction.

“It was a surprising moment for me. My understanding of the situation is that it was probably a mixture of envy and astonishment that this Black Nova Scotian youth, kid, even though I was officially an adult, had written a book that reflects on African Nova Scotia, or to use my term, Africadia, and also talks about my own personal feelings and a couple of relationships … it was very much a grab bag, that first book.”

Want to know more about George Elliott Clarke’s “Origin Story”? Check back next month for Part 2.