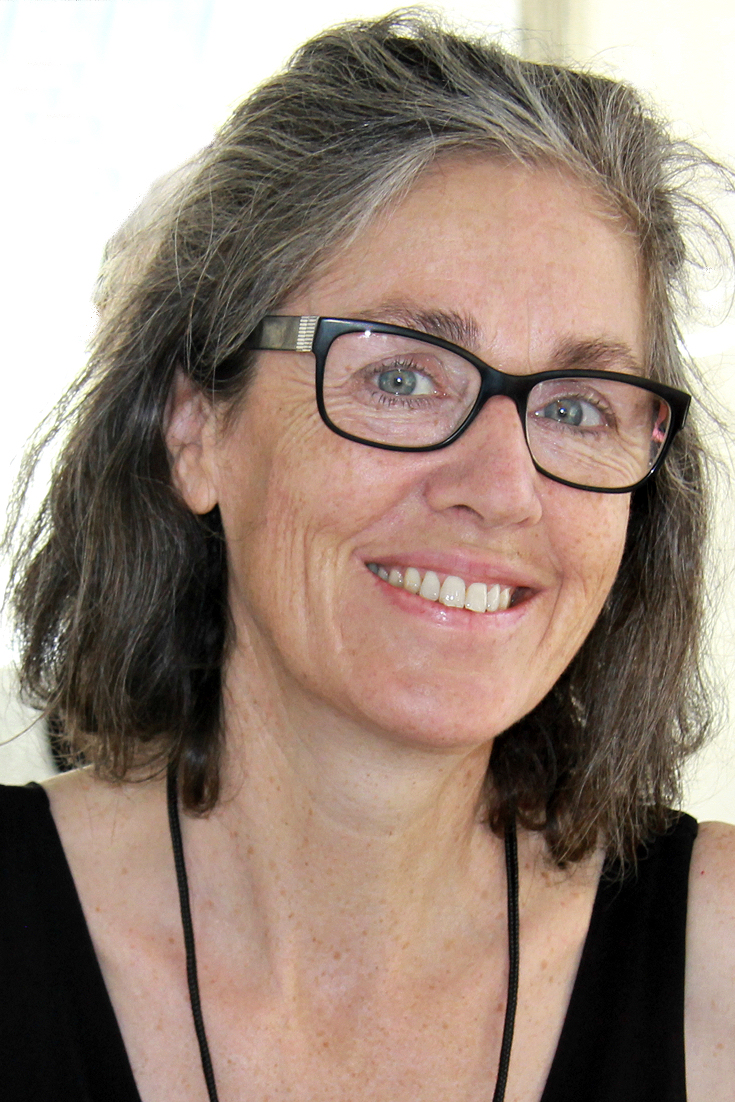 Kathleen Winter, author of the award-winning novel, Annabel, and a current finalist for the Governor General’s Literary Awards for her latest novel, Lost in September, started developing her love for literature when she was just four years old. That was when her father taught her to read phonetically—before she even started school.

“I remember having a book in front of me and the word C-A-T was there and there was a picture of a cat,” says Winter. “And I remember the feeling of ‘Oh! There’s a whole world in there.’ I have never forgotten that. Then I thought, ‘I want to make those worlds.’ And I have written ever since.”

Almost immediately after that experience, Winter started trying to write; one of her first writing efforts was a poem she wrote for her grandmother. After that, though, Winter says it was a long learning curve. “Some people have something published in their 20s and their 30s,” she says. “I did arts reviews and journalism but I didn’t have my first book with a real publisher until I was well into my 40s.”

That learning curve had a few important stops along the way. One was in journalism school, during a lecture. Winter says that the professor was talking but she wasn’t quite grasping the point so she clarified, asking, “Are you telling us we should trust our own thinking?”

The professor looked at Winter and exclaimed, “Yes!”

“From that point on, I kind of got it,” says Winter. “When you’re young and trying to learn, you’re always trying to find someone to teach you ‘the thing.’ But for me, that’s what ‘the thing’ was. For me, that changed everything. There’s a lot to be said for observation and intuition but you have to have some validation and confirmation in the world around you and for young people, that’s hard to find.”

Years later, Winter had a weekly column called “Naturally” with The Telegram in St John’s. She wrote the column for 15 years and during that time author Joan Clark reached out to her. Winter remembers Clark saying, “Kathleen, you know, that last article you just wrote… I really want to encourage you to try and write a novel because I think you have it in you.”

So, although she had tried to write a novel many times over the years, Winter decided to try again.

“[Clark] was so kind,” says Winter. “I asked her to read it and she gave me the best advice I ever had. She told me, for one thing, that I was putting too much into the novel. I was actually trying to cram eight novels into one.”

Clark also told Winter that she was very good at atmosphere and character but that she needed to work on form and structure. She told Winter to choose a few books that achieved what Winter hoped to achieve and “read them once for enjoyment and then get a notebook and study them.”

One of those books, Brooklyn by Colm Tóibín, gave Winter the key she needed to write Annabel. “It’s a very slim and quiet book, but it captivated me,” says Winter. “And it starts off as Annabel starts off, in a small hometown setting, in one place. And then the main character, in Tóibín’s case, moves across the ocean to start a new life. And I had wanted to write a book with Annabel/Wayne moving out of Labrador, into the city of St. John’s and eventually Halifax. But every time I tried to write a draft, there was too much of a cleft between places. And my editor kept saying, ‘You made all these people, his parents and his family, and then he just leaves everything. Readers get invested in these characters and then they just disappear. Can you do something about that?’”

She laughs and adds, “She said it a lot more kindly then that.”

She was still in the middle of Brooklyn at the time but she quickly discovered that for Brooklyn it worked because the character went back to their hometown. “It was a circle, not a line,” says Winter. “And there’s another quiet, almost invisible point, where it’s almost like you put a hatpin in the middle of the manuscript and spin it around with your finger and it does a whole 360 degree turn. But the reader doesn’t see it. It’s like a hidden stitch. But going through it, I caught the hidden stitch.”

She then used the same technique to “hide a stitch” in Annabel.

Despite all that, when Winter found herself sharing an elevator with Colm Tóibín, she never spoke to him. “You can imagine, the book was really successful and it got readers and it changed my life,” says Winter. “And I’m alone in an elevator with Colm Tóibín and I did this with his book and it changed my life—but I just looked down at my toes and kind of smiled and didn’t say anything, because I didn’t want to be one of those people that gushes to Colm Tóibín. So he doesn’t know this.”

It was Lynn Henry, Annabel’s editor, who approached Winter with the idea for Lost in September.

“I was invited to read the letters that James Wolfe wrote to his mother. She wanted me to read those letters and see if I could make something out of it,” says Winter. “It’s funny, after writing the first half of Annabel six times, I said, ‘I finally figured out how to write a novel.’

“And she looked at me so enigmatically and said, ‘No, Kathleen. You only figured out how to write that one.’

“And she didn’t say it meanly, but it’s true. Every novel is its own universe and you have to figure it out, every time.”