Origin Stories: That Time Chad Pelley Read This All Happened and Started Writing 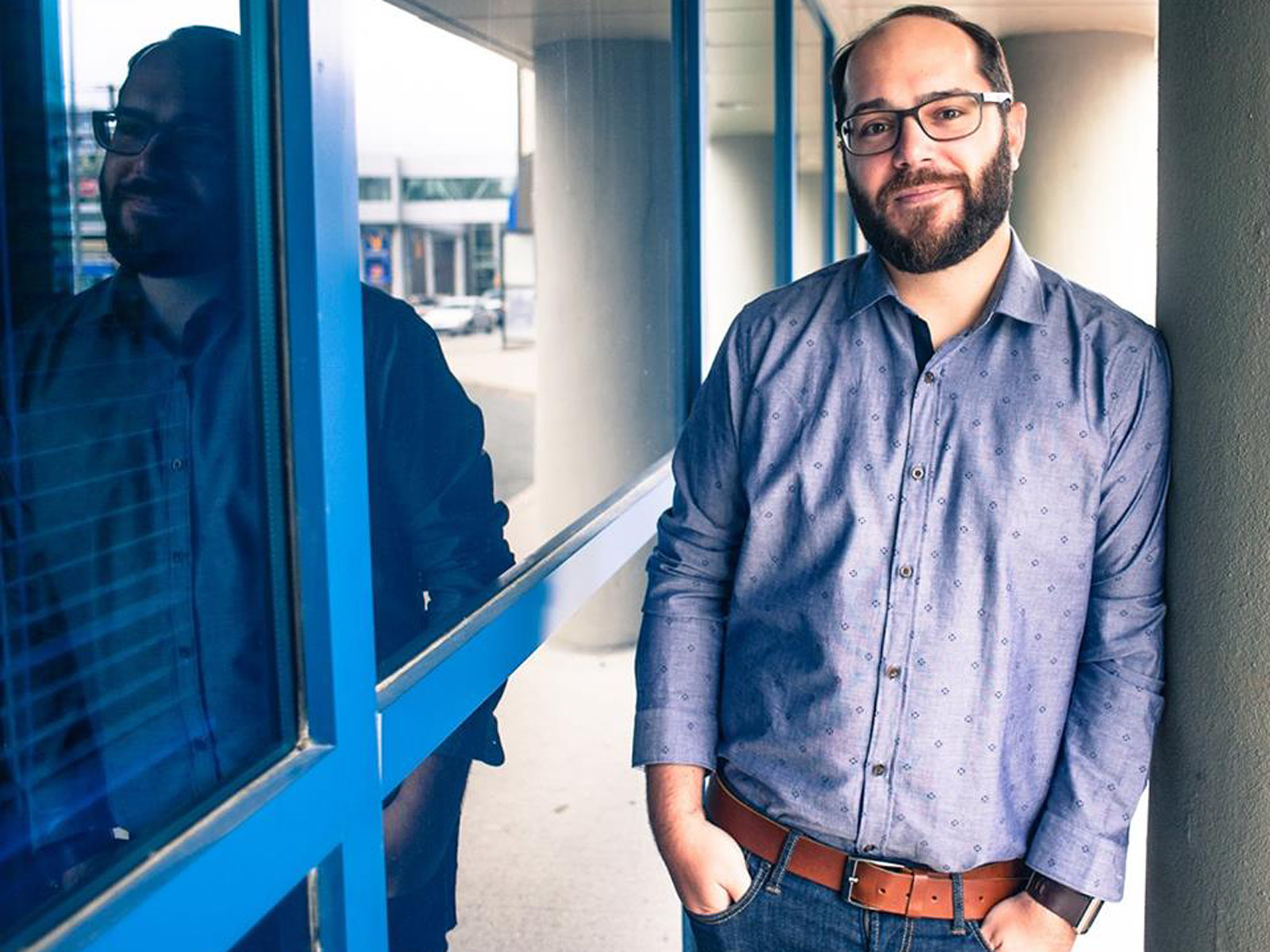 Chad Pelley is the kind of writer readers and critics adore. He produces commercial bestsellers that get made into movies. He wins major awards, like the CBC NLAC Emerging Artist Award, and earns praise from writers like Lisa Moore, who called his work, “stylistically fresh, taut with emotional torques and charges, can’t-put-it-down compelling.” Essentially, he’s one of those rare authors who gives pretty much everyone who picks up his books exactly what they didn’t know they wanted. And that’s as good as it gets, really, because as we all know, you can’t please everyone.

Fifteen years ago, Pelley wasn’t writing at all. He was going through a breakup with someone he’d been with for six years and shifting into a new group of friends. But mostly he was spending days on end staring down the barrel of a microscope at a lifetime of tedium.

“I was reading a Michael Winter book when this all happened. He wrote a novel about what was going on in his life while he was writing another novel.” says Pelley. “I was in this flux in my life, and for some reason, reading Michael Winter’s book, about this guy going through all the same stuff, really resonated with me. Which was interesting because I had no real aspirations of being a writer. I grew up writing lyrics for a band I was in, that was about it.”

At the time, Pelley was exploring a few career options—he was writing a grant to start a record label and studying the MCAT for med school. “I was interested in a whole bunch of stuff, but nothing really pulled me towards it until I read Michael’s book, and then started writing my own book, and then it just felt right,” he says. “I didn’t want a job where I felt that if I quit, I’d be replaceable. When I’m writing my books, I feel like no one else would have written them if I hadn’t, and there’s a certain satisfaction in that.”

If Pelley hadn’t picked up that particular book (it was Winter’s This All Happened) at that exact time in his life, Pelley might be writing doctor’s notes instead of novels. But he did, and there was something about Winter’s writing that showed Pelley exactly what a well-written novel could be.

“[It showed me] there was more to a novel than just plot,” says Pelley. “It’s about engaging readers, and that interested me to the point that my Eureka moment wasn’t an award or an interaction with a reader, so much as me stumbling headlong into the purpose of an artist, or at least what art’s purpose for me is. Which is having this conversation about the world through the stories I write. I wrap them up in plot and employ tactics and techniques to make the writing engaging, but everything I write is a conversation I’m having with myself about the world.”

Pelley says he wrote until writing was all he was doing, and it was its own reward. But his validation came when he started submitting to journals and literary awards. “The first award I won was actually a huge validation, like maybe I can take this seriously,” he says. “I won a short story award in The Telegram in St John’s. It’s one thing to enjoy something, it’s another to be validated in your pursuits.”

The winning story was called “Holes to China.” It was one of the first stories he wrote and is included in his recent short story collection Four Letter Words. “It’s about this kid whose father just died of cancer and his mother isn’t taking it well, so he’s trying to dig a hole to China to get away from it all,” says Pelley. “It was a challenge because it was in a newspaper so the limit was 1,200 words, and it’s really hard to sum up a short story in 1,200 words. But I really enjoyed the challenge.”

He also really admired the jurors. Kathleen Winter was on the jury, and Pelley had read and enjoyed her books for years. Receiving recognition from her was a big deal. But she’s not the only writer who’s had an impact on his work—he also credits Newfoundland authors Larry Mathews and Jessica Grant. He connected with both Mathews and Grant when he enrolled in some creative writing courses at Memorial University.

“[Mathews] brought in a lot of people in my position, who weren’t necessarily English students but wanted to learn more about writing, and his feedback—more than anybody else I’ve come across in 10 years or so of showing people my fiction—he could just see what I was trying to do and articulate it very well. I found that helpful. I went back a couple of years later and took a class that Jessica Grant taught and that was just as beneficial. Anything I write, she reads it and gives me feedback. So obviously, Larry and Jessica were huge influences.”

Right now, though, Pelley’s going through another (less extreme) shift, and it sounds like the recent political climate is having a bigger influence on his in-progress work than any writer. Except for, perhaps, George Orwell.

“George Orwell was the epitome of a perfect writer because he wrote really engaging stories, but they’re also talking about society and where it’s heading,” says Pelley. “1984 was a humongous influence for me, especially with what I’m starting to work on now, which is all these semi-conspiracy theory novels that are playing into modern fears, the whole ‘what if’ scenario. What he was playing with is what I’m playing with now.”