Origin Stories is a new monthly feature highlighting how some of the region’s most recognized authors found their calling. Please let us know what you think in the comments box below or email your feedback to kim@atlanticpublishers.ca

As a girl, the first published Black Nova Scotian poet took to reading like a duck to water

Although Gloria Ann Wesley fell into publishing almost by accident, there’s no arguing the fact that it was meant to be. After all, the esteemed poet and author is recognized as the first published Black Nova Scotian poet, and her novel, Chasing Freedom, was shortlisted in 2012 for the Ann Connor Brimer Award.

But her early years were much more humble.

Wesley was never read to as a child. She lived with her grandmother in Yarmouth, Nova Scotia, and although she received books every Christmas—mostly anthologies with about 20 stories in each one—her grandmother only had a grade three education, which made it difficult for her to read with Wesley.

Even today, Wesley doesn’t know where her love of reading comes from, but there’s no question that it’s a deep love indeed. 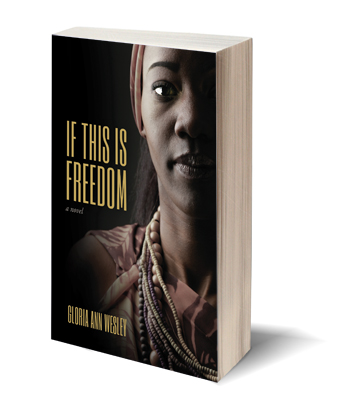 “I just took to it like a duck to water,” says Wesley. “I started reading in grade one.  I remember reading Anne of Green Gables at a very young age. And by the time I’d finished grade two, I’d already read three of the books in that series.”

As they got older, Wesley and her brother bonded over their love of books. Whenever they had a little extra money they’d spend it on a novel or a comic book. Her brother had a particular penchant for Archie comics and books about UFOs.

“He was older than me. He would bring home comic books and when he finished them, I just gobbled them up,” says Wesley.  “Anything he read, I read, because there was just such limited material in the house.”

But her first tentative steps into writing didn’t happen until grade seven, when she encountered a particularly encouraging teacher.

“She was always telling me that my stories were really good,” says Wesley. “Anytime I wrote something for her, she would write ‘Excellent!’ at the top. It felt so good!”

The sticking point for Wesley may have been when her grade seven class went on a field trip to the museum. When they got back to the class, their teacher asked them to write about their trip. After they were done, the teacher chose three pieces to submit to the Yarmouth Light newspaper, and Wesley’s was one of them.

“I already loved to read and write, I’d always write little stories, but it wasn’t until I got to grade seven that I went, ‘Oh… mine are special.’” Wesley laughs. “It’s funny how kids think, but that’s what I was thinking.”

A few more years passed, and Wesley started working at her high school’s newspaper. During that time, she wrote a lot of material—mostly because, as she says, “You don’t get a lot of contributions to the paper in high school.” It was up to Wesley to fill in a lot of the gaps. And it’s a good thing, because most of the poems she wrote during high school ended up in her first book, To My Someday Child, which was published in 1975.

The publication of this first book was rather serendipitous. While Wesley was in teacher’s college, she spent a lot of time with a friend from New Glasgow. Her friend’s foster mother turned out to be the late Carrie Best, a poet, writer, journalist and human rights activist. Best enjoyed Wesley’s poems, so every time Wesley went to visit, she would bring along something new to show her. 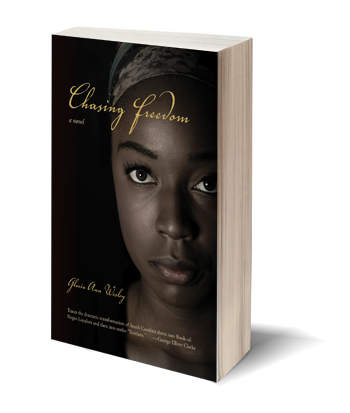 One day, when Wesley arrived at her friend’s house, Best already had company. He was a professor at Vanier College in Montreal.

“This professor was a good friend of hers, and when I arrived, she told him, ‘This is Gloria. She writes, and you should have a look at it.’ And he said, ‘Well, just package up some of her stuff and I’ll take it back with me and look at it there.’”

It wasn’t long before Wesley heard back—and the rest is history.

Since then, Wesley has published much more. Her recent work includes young adult novels Chasing Freedom and If This is Freedom, which tell the story of Sarah Redmond, a young Black Loyalist living in Birchtown after the American Revolutionary War. And soon, her fans will be in for something new—she’s currently working on a contemporary novel.