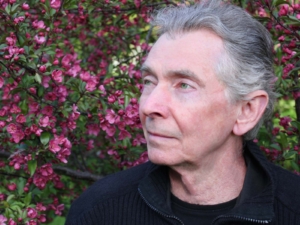 Earlier this year, author Finley Martin won a PEI Book Award for his second mystery novel, The Dead Letter, which was published in May 2015 by Acorn Press. This was about three years after The Reluctant Detective, which introduced readers to the protagonist of the series, private investigator Anne Brown.

These two novels represent Martin’s most recent work, but dig deeper and you’ll find a long history of writing and associated adventuring in Martin’s background, beginning with his childhood in rural New York, where outdoor play gave him an outlet to explore his own imagination. Children were few and far between in the area, and so he spent a lot of time playing along the riverbank and “conjuring great adventures in [his] own mind.

“In one misadventure, I was a pirate,” says Martin. “I buried my grandmother’s jewelry near a tree in the woods. She, of course, didn’t know this. But when I returned to uncover the treasure, I couldn’t remember where I’d buried it. My parents were pretty upset and I spent the rest of the day

There are darker stories in Martin’s childhood, too.

“Next door there was a teenage girl who killed her father over an argument about her boyfriend,” he says. “I was probably around eight at the time. You don’t usually get all the details from parents, you just know that something has happened.”

In Martin’s words, that was, “something to do with the sugar bowl being cracked over the back of his head, and then the whole family disappeared.”

He also recalls another incident that happened when he was in early elementary school.

“In a short business down-river, the father of a horribly impoverished family snapped. Shotgun in hand, he held a nightlong standoff with the police, and that was within earshot.”

Shortly after that, the river flooded and Martin’s family had to leave the area. They moved around a bit, but ultimately ended up in Pennsylvania, where he attended a high school that nurtured his writing abilities by assigning weekly compositions. The school didn’t specify any particular topic or form, so Martin usually chose to write fiction, and spent hours of the weekend working on them. He calls them his vignettes.

“One day, a teacher hinted that perhaps one of my vignettes had been plagiarized,” says Martin. “And actually, I should have been completely outraged, but I was absolutely delighted that my composition was mistaken for a professionally written piece.”

After university, Martin joined the Marine Corps, which he calls “another period of adventure time.” He followed that up by working as a public relations director, which gave him the opportunity to focus on his writing again. When he moved to Canada to attend grad school at the University of Ottawa, he began to write short stories and poetry. Eventually, he moved to PEI, where he wrote regular pieces for CBC and magazine features for a former regional news magazine called Atlantic Insight.

Over the years, he’s worked a sprawling range of jobs that include stints as a fisherman, a labourer, a boat builder and a number of years working as a teacher. While many of these roles seem completely unrelated to writing, they’ve enriched Martin’s books. Working in the marines gave him an in-depth understanding of weaponry and, since he also acted as the defence for people charged with summary offences, he had a strong knowledge of military law. Teaching high school law classes in Canada helped him broaden that knowledge to include Canadian law.

Although writing has always been a big part of his life, Martin sees it as “one strand of life meandering through other strands, which might be family, employment, hardships, personal adventures, explorations and things of that nature.”

Martin envisions the strand wrapping around all those other strands, balancing his life.