Origin Stories is a new monthly feature highlighting how some of the region’s most recognized authors found their calling. Please let us know what you think in the comments box below or email your feedback to kim@atlanticpublishers.ca 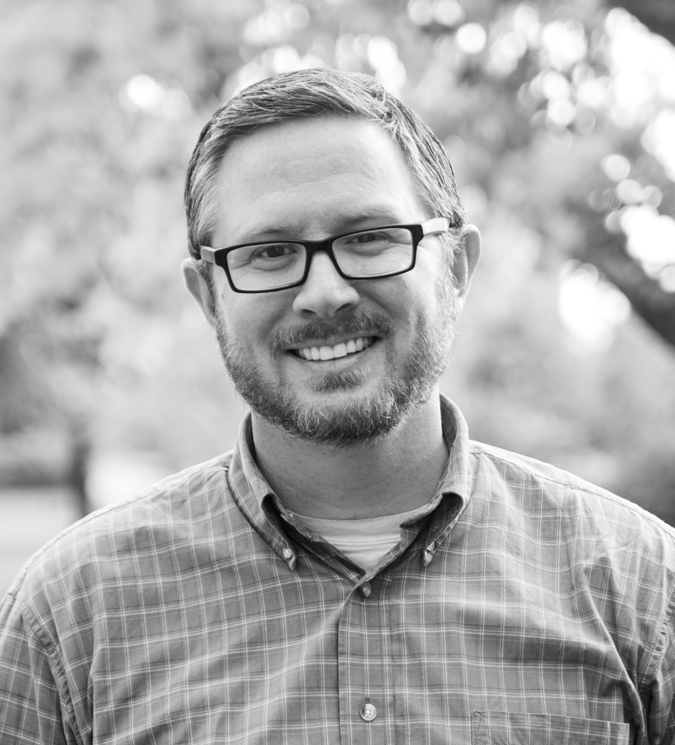 For Dave Atkinson, the author behind the recent middle grade sensation Wereduck, it all started on top of a camper, barreling down the highway. His family was vacationing in Ontario’s Elora Gorge, and they were just getting back on the road after stopping to check out a gift shop. The only thing that six-year-old Atkinson had asked for was a book.

“We were driving on the 401 in my grandparents’ camper,” says Atkinson. “This was a time when no one thought twice about letting the kids ride up on top of a camper at 125 kilometres an hour, so there I was, up there with this book. My brother was up there too, and he kept tattling on me, saying, ‘Dave’s reading a book! He’s reading a book with no pictures! He’s up there, RIGHT NOW, reading a book with no pictures!’ Of course, this gave me a real sense of ‘Aha, I’m doing something special here.’ 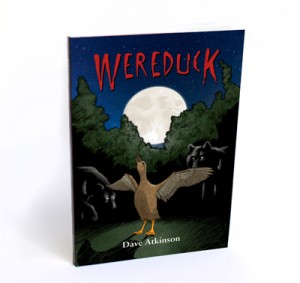 There was also a certain amount of self-congratulation happening up on top of that camper. “There were a few moments when I was saying to myself, ‘I’m doing it. I’m actually doing it. I’m actually reading this book!’” says Atkinson. “And when I was done, I felt really good about it. I’d jumped into this new stage where I’m a big kid who reads big kid books. And after that, I remember thinking, ‘I could write that.’”

And that little voice, the one that sits at the back of Atkinson’s mind telling him, “I could write that,” has never left. Starting with that early experience, whenever Atkinson finishes a book he really enjoys, there’s still almost always a moment when that thought slips into his post-book ruminations.

His young fans are lucky that a couple of Atkinson’s elementary teachers decided to nurture that confidence. One of those teachers was Mr. Scratch, who taught Atkinson while he was attending school in Southern Ontario. That year, the teacher assigned the class a composition project that required them to write a short book on just a few pages, illustrations and all. Atkinson chose to base his on a Sesame Street skit called Super Grover.

“I basically transcribed it, which is what I think a lot of kids do when they’re writing,” says Atkinson. “They either reproduce something they’ve already seen or they mimic it. I think that’s actually pretty useful at that stage of writing.”

Super Grover turned out to be a hit with Mr. Scratch, and Atkinson was invited to attend an event called Young Authors, where he spent a day at another school with other kids who had written books.

Fast-forward about 20 years or so, and Atkinson’s working at CBC Radio.

“I worked at there for the first 10 years of being an adult, and I was lucky to have a lot of producers who encouraged me,” says Atkinson. “All of my creative itches were being scratched, and it was a really satisfying experience.”

But in 2009, his CBC job was cut. It was totally unexpected, and when Atkinson found out, he announced the job loss by posting a very simple statement on Facebook. His post simply read, “Cut.” The first comment Atkinson received was, ‘What are your plans?’ and Atkinson’s first response was, “Scotch.” But immediately after that, without even really thinking about it, he added, “And I’m going to write a book.” 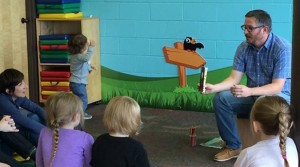 “I just knew I would do it. We were spending so much time on the couch with our kids every night, reading, that I was falling in love with kids books,” says Atkinson. “So I knew what I wanted to do creatively was to write the book that maybe, just maybe, would be the book that would help some kid fall in love with reading.”

The end result was Wereduck, the humorous story of 13-year-old Kate, a wereduck growing up in a family of werewolves. And Atkinson has no intention of stopping there—he’s currently working on the sequel, which will be published by Nimbus Publishing in 2016.