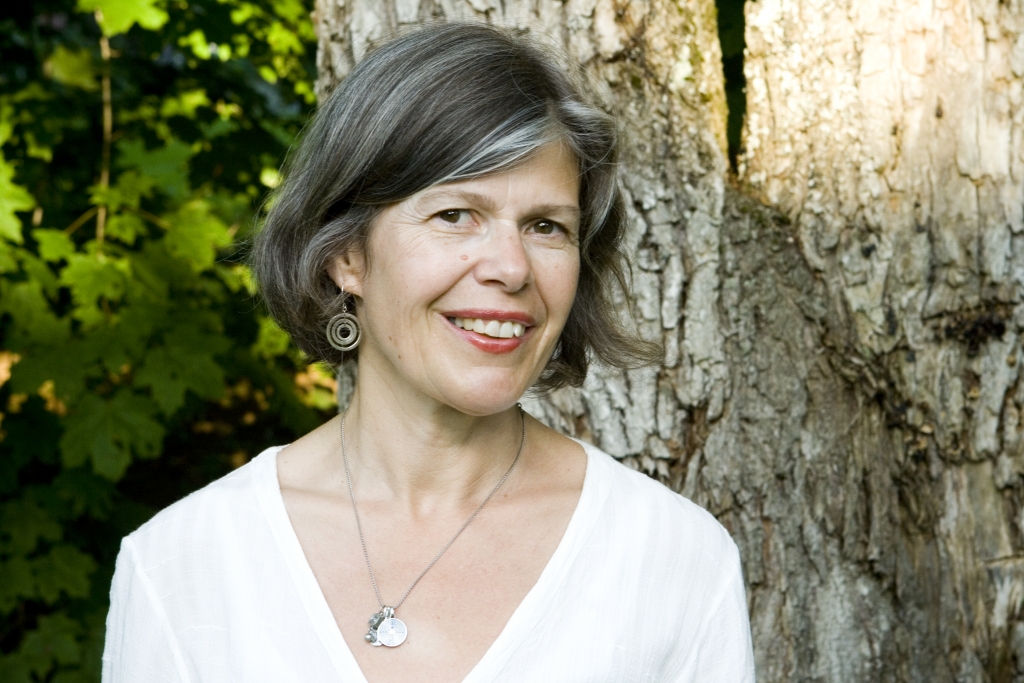 Halifax author Carol Bruneau firmly planted her feet in Atlantic Canada’s literary world when her first novel, Purple for Sky, won the 2001 Thomas Head Raddall Atlantic Fiction Award in 2001. Since then, she’s published three more novels, including 2015’s These Good Hands. But if you knew Bruneau as a child, you wouldn’t have needed a Magic 8-Ball to predict that she’d eventually become an author.

As most children do, she enjoyed books from a very early age. Her love of stories was fostered by book-loving parents who made sure she had plenty of access.

“I had grown up in a house where we always had lots of books and my dad would always take me to the Halifax Memorial Library,” says Bruneau. “Every Saturday we would go there. I grew up on [characters] like Curious George and Babar and all of those books. Pinocchio was my favourite.”

She has fond memories of sitting on her father’s lap as he read fairy tales to her—but—she’s quick to point out—always the scary versions, never the Disney versions.

“I always loved the scary stuff, the dark stuff,” says Bruneau. “And I read a lot of Nancy Drew and all of those books.”

Her interest in writing began when she was about seven years old, when she realized that she could join words together to create poems, stories, and her own little imaginary worlds. The fact that she could use her writing to pretend she was doing homework—and avoid playing with her little sister—was just a bonus.

She described her early writing attempts, inspired by Anne of Green Gables and L.M. Montgomery, as “little lines and things, they were more like poems.”

But in Grade 5, she moved onto something a little more ambitious.

“I spent the summer writing this long story that I kept in a black binder. I wrote it on loose-leaf with one of those cartridge pens,” says Bruneau. “It was kind of a rip-off of Anne of Green Gables, with this character who hung out in the woods near where I lived. It was really funny, I mean it was just a straight rip-off but it was so much fun.”

She worked on it all summer, sitting at a little desk in her family’s dining room.

“I don’t know that I ever finished the story,” she says. “I just would kind of embroider on it every day, and then it disappeared. I don’t know what happened, but it must have gotten thrown it out or something. I can still picture it in the black binder.”

Although that was when she started playing around with writing stories using local settings, her interest in local stories really started developing when she was in high school, reading Thomas Raddall’s Hangman’s Beach.

“Part of it is set on Deadman’s Island, which is just down the road from where I grew up,” she says. “So that was really interesting, in that sense that ‘Oh, there are really good stories that are set locally, and you can do this.’ I was getting closer to home than Anne of Green Gables.”

For a long time, Bruneau expressed her love of writing through a career in journalism but, one morning at the kitchen table, she realized she needed to start seriously focusing on her fiction.

“It was circuitous and it took a long time,” says Bruneau. “It wasn’t until after I had my third son and he was two. I remember he was crawling towards me on the kitchen table, and something clicked. I thought, ‘Oh if you want to write, you’d better get on it. You’d better start really focusing on it.’ I think that was a pivotal moment. Of course the most challenging time to start writing you know focusing on writing is when you have three little kids.”

But she did it, and now, she credits those three little kids with helping her develop the empathy she needed to really be able to put herself in a character’s shoes.

“Writing fiction demands this huge ability to empathize with other people,” says Bruneau. “And it’s not something you just get–it takes time to develop that. For me, having kids has really helped with that. It helped me to see other people’s perspectives in a more intimate way.

It’s about embracing what life gives you.”