On losing your voice and finding your freedom 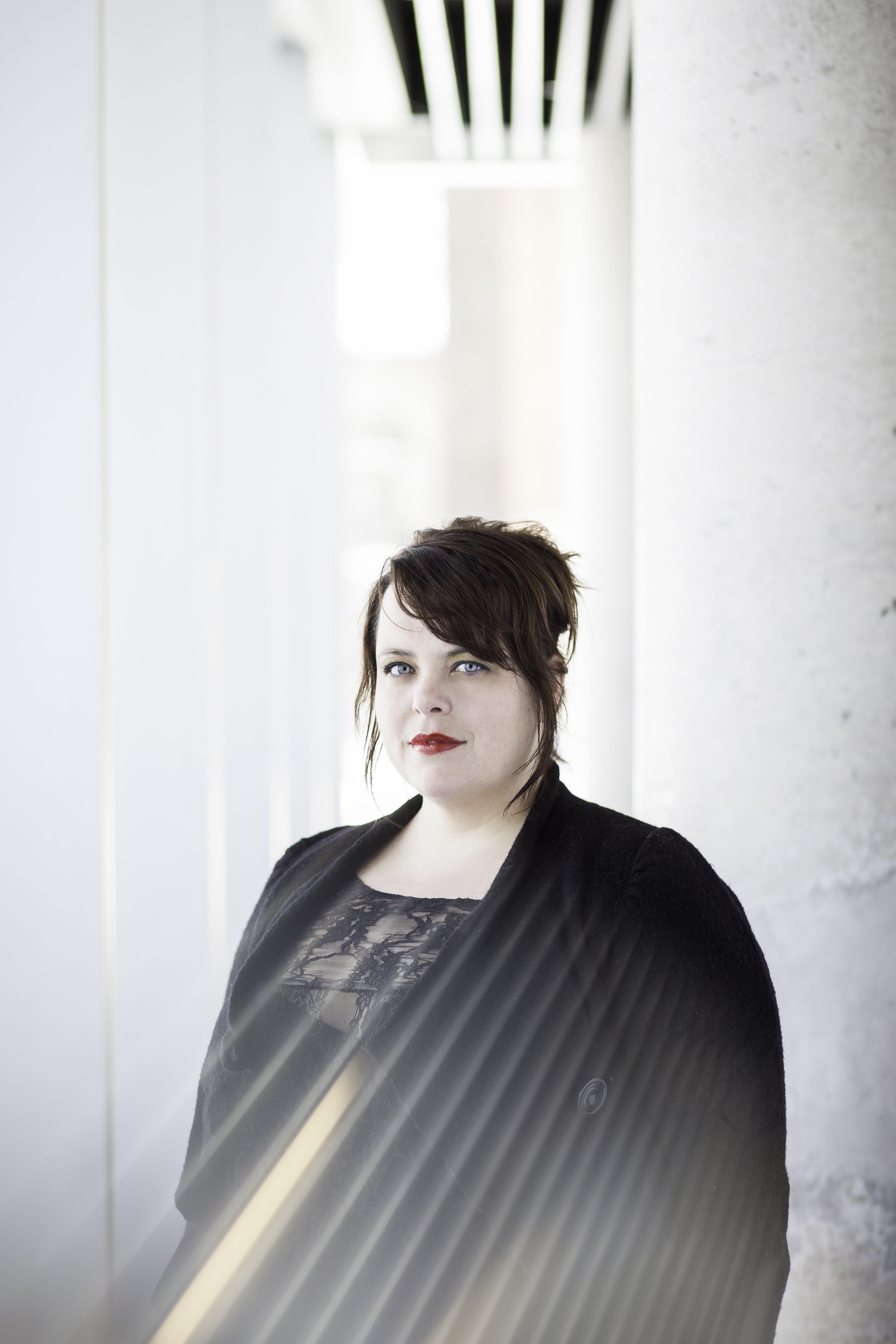 The launch of your first book may be the most terrifying step you ever take. One poet shares her story

No one tells you when you are having your first book published how exposed you’ll feel. Not merely undressed, more like you’ve taken off your skin, and are showing your organs to the world.

There is no What to Expect When You Are Expecting book for authors to toss across the room. No one mentions how you may entertain killing yourself, artfully selecting your means of suicide. Oven. Pills. Gas. Fellow poet friends joke – you’ll sell more books!

No one speaks of the rolling waves of anxiety that come once your book goes to the printers. How you contemplate changing your name, running away to a faraway land, reinventing yourself, taking up a whole new life.

In the months prior to the 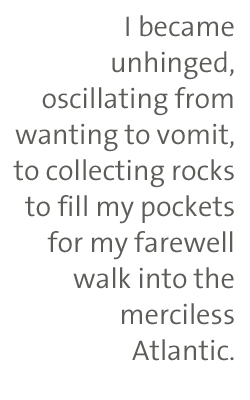 release of my first book, Still No Word (Breakwater Books), I became unhinged. My entire body quivered, my hands wouldn’t stop shaking when I spoke. I oscillated from wanting to vomit, to collecting rocks to fill my pockets for my farewell walk into the merciless Atlantic.

I searched for escape routes. I wanted to crawl out of my skin, drink myself blind. I felt ransacked, all the years I’ve spent protecting the most shameful parts of myself, and now I was publishing them in a book. Every writer I confided my hysterics to smiled knowingly, and assured, all of this is normal. I was long taken by vulnerability’s undertow.

One prized poet tried to soothe: all of these feelings are there to help take in the significance of the book when it comes. Though, recalled at the time of his first book in the late 90s, he labored under substance abuse, and couldn’t remember a thing. Let alone any of his feelings around it.

Another owl-eyed writer described the process of publishing as an act of meeting your subterranean self. It’s a brave and strange thing to publish a book, to give your work over to the world. Many artists decide not to continue and go on quietly, secretly working solely for themselves. Then, she offered up the number to a good therapist.

After circling my options, I opted for the geographical cure. I booked a last minute flight to Cuba, a means to breakaway from the endless winter storms inside my head and outside my window. Put an ocean between my book and I. Who cares if I’m sick? Nothing a warm beach couldn’t fix.

Hopped up on cold medicine, I skinny-dipped in the Caribbean Sea, drank mojitos in the sun, read under a thatch umbrella, and hung out with Hemingway’s ghost in Havana. For a week, I became a tropical version, flowers tucked in my hair, speaking in broken Spanish, musing about Neruda and Gabriel Garcias Marquez, and stealing glances with a dimpled stranger – a handsome Cuban named Yosmel.

I let him see parts I kept only for myself – a notebook filled with unpublished poems, all scribbles and broken lines. Nestled in the incubator of someone whose first language wasn’t English, I felt both seen and veiled, basked in a new light. Instead of fear or a critical gaze, I softened. I let the poems be the poems. He already knew I was more than words on the page.

By starlight on a balcony overlooking palm trees, Yosmel spoke of the thousands of Cubans who fled in the night by boats, piled in small dories, braving the high seas in search of their birth right: freedom. Most died at sea, never again to reach land. 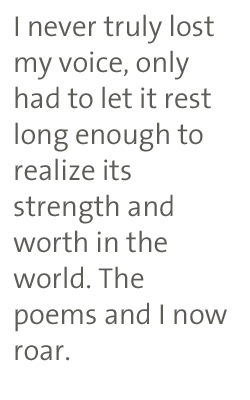 I grew quiet, and before he left, tucked a poem in his breast pocket.

Often when we encounter big emotions in life, the first thing to go is our voice. On my last day in Cuba, flying home days before my book launch, I couldn’t speak. After nearly missing my flight, I made it back, but my voice didn’t. Forced to postpone my launch due to weather and illness, and sit in solitude snowstorm by snowstorm, I eventually found solace.

Here I was, a deeply privileged poet, with all the freedom in the world, petrified not only of the weather, the proverbial boat, and the sea, but also of claiming my own work. I made myself so seasick with anxiety I lost all words.

After seven days of fevered dreams, my voice finally broke its silent retreat. It came on less like a whisper, and more of a rumble. I stayed quiet a little longer, and held the thousands of Cubans who tried to escape the confines of their lives, and their farewell view of the azure sea in my heart. People who died fighting for a freedom I nearly threw away.

In the end, I never truly lost my voice, only had to let it rest long enough to realize its strength and worth in the world. The poems and I now roar.