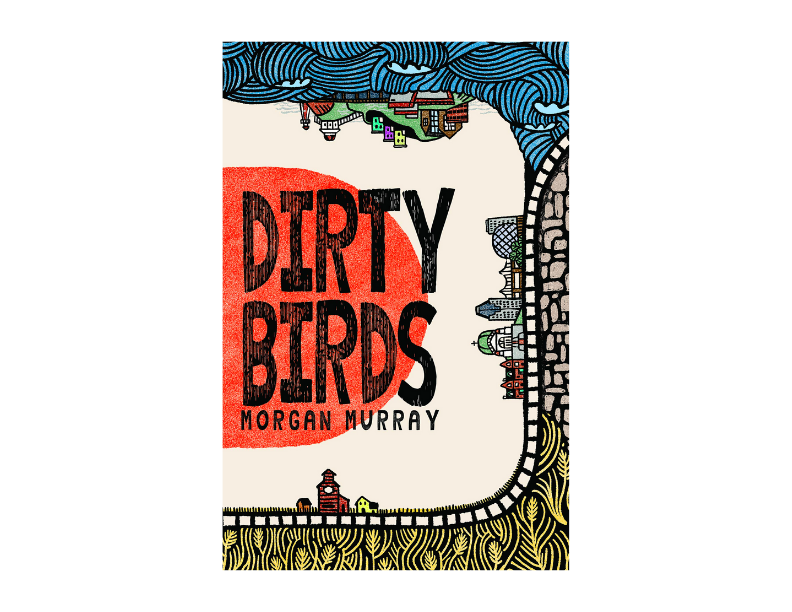 According to Giller Prize-winning author Will Ferguson, Morgan Murray’s debut novel Dirty Birds is “wholly original” and marks the arrival of Canada’s answer to Kurt Vonnegut.

I’m all for narcissists, so long as they make it interesting. Murray’s protagonist, Milton Ontario, has convinced me that we may be dealing with a coming-of-age typhoon of the self, akin to that Greek hunter from Thespiae in Boeotia who fell in love with his own reflection.

“How such an outrageous idea—becoming a poet—comes to nest in the mind of an altogether, incredibly average man-child living in the middle of absolute nowhere was entirely an accident.”

I could listen to / read about this Milton character all day long.

Loaded with backstory upon backstory and fuelled with the spirit of (Yes Will, you are correct) Vonnegut, plus Hunter S Thompson, Mark Leyner and Will Self, this gigantic novel won’t shut up. We learn of Milton’s sick desire to become a poet and find his hero Leonard Cohen in Montreal, in the optimistic time when the possibility of America’s first Black president was still that—a possibility.

Reading this debut novel was like pulling an all-nighter and running to class without any sleep, with one obvious problem: you aren’t in school anymore and you’re wearing your pajamas, standing outside of the school and it’s the weekend.

Milton wanders ghost-like in Montreal in search of his hero and his sanity. At a job interview, Milton is asked if he has a high tolerance for monotony, to which he replies, “Yes, I’m from Saskatchewan.”

This book would make a great Canadian film starring Michael Cera.  Refreshingly backlit with the nostalgia of Obama-era planet Earth, riffing on a myriad of contemporary themes including intergenerational tensions and anxieties, global economic frailty and the pursuit of young desire, Dirty Birds is the perfect misfit read for your next layaway, or when you’re down to your last shot of whisky. It provides days’ worth of warm, weird feelings.