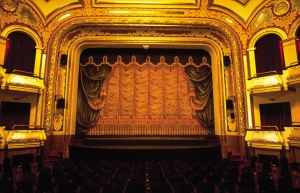 The Atlantic Book Awards has announced 35 scintillating finalists for 13 awards, to be handed out at the restored 1920s-era Capitol Theatre in Moncton April 27, the culmination of a week-long festival with events in all four Atlantic provinces. It marks the first time the awards night is being held in New Brunswick and the literary community in Moncton is abuzz.

“It is taking place during the Frye Festival so we’ll have authors here from all over,” says book awards board member Nancy Cohen. She’s been part of a group working on the New Brunswick event for the past year.

Having a New Brunswick event is part of a larger effort to make the Atlantic Book Awards a truly regional initiative, rotating venues among the provinces. For many years, the awards were traditionally held in Nova Scotia. Recent events have been held in St. John’s, Newfoundland and Charlottetown, Prince Edward Island.

Cohen says that the presence of the gala in New Brunswick spurred the literary community, including the Writers Federation of New Brunswick and local festival organizers, to come together and create three new awards: the New Brunswick Book Awards (in Fiction and Nonfiction) and the Westminster Books Award for Poetry, sponsored by Fredericton’s landmark independent bookstore.

As is fitting in Canada’s only officially bilingual province, the awards ceremony will be held in English and French. Winners will receive their awards from two fellow authors (drawing from the riches of the Frye Festival), one presenting in each language. It’s the Oscars with a linguistic twist.

This presentation style marks a departure from previous years, when award sponsors presented. The bilingualism will also be part of a significant Acadian presence, with jazz music provided by Les Improbables and this year’s Pioneer Award going to an as yet unnamed Acadian writer.

As usual, local publishers will feature prominently, with 21 nominations in all.