Mindful poetry in sickness and health 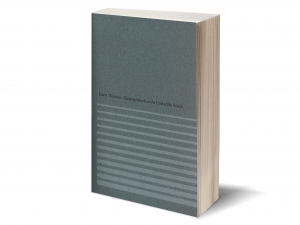 Naturalist-poet Harry Thurston’s Keeping Watch at the End of the World honours the universe around and within. His poetry stands cliff-side, looking out to sea, yet brings readers to meet horizon. Moving between life and death, past and present, age and wisdom, this collection of poetry chronicles health and illness.

With both mindfulness and heart, Thurston weighs on the significance of being present, taking stock, and paying witness. How being rooted in our self, our surroundings, and our relationships establishes and connects us to the very bone marrow of our short, and temperamental lives.

This Tidnish, Nova Scotia-based poet eases through the seasons. His poem, “Summer Reading,” prefaced by a quote from James Wright, the poem offers a reprieve from the heat. From the high season’s forgetful days, to spirited carefree ways, Thurston measures and mines the ordinary hours in beautiful paradoxes: “the read and the unread,/ the living and the dead – the said and unsaid.”