Maud: A Fictional Glance Into the Life of L.M. Montgomery 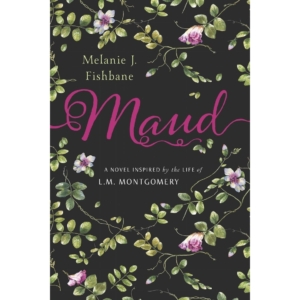 In her lifetime, L.M. Montgomery produced a remarkable catalogue of works that included nine novels about the orphan Anne Shirley and her family, three novels featuring the also-orphaned Emily Starr, two novels for Patricia Gardiner and The Story Girl series, five standalone novels and dozens of short stories and poems. Montgomery’s writing has been widely studied and academics have produced volumes of scholarship that dissects the themes and meaning inherent in her work. We’ve also been granted access inside the mind of the famed author with the release of edited collections featuring her written correspondence and personal journals, covering the years 1889 to 1921. You’d be forgiven if you were under the impression that the literary well, as far as L.M. Montgomery is concerned, has run dry.

This is part of what makes Melanie J. Fishbane’s new release, Maud, so interesting. Using the vast literature at her disposal, Fishbane has crafted a work of historical fiction that gives us a glimpse into the life of Montgomery between 1889 and 1892, which were pivotal years in the budding author’s life.

The book is divided into three sections, beginning with her time living with her grandparents in Cavendish, Prince Edward Island (1889-1890), followed by her time with her father and stepmother in Prince Albert, Saskatchewan (then part of the Northwest Territories, 1890-1891) and ending with her return to Prince Edward Island (1891-1892). Throughout, the story revolves around young Maud’s efforts to become a published author, earn a proper education and deal with small town courting in nineteenth century Canada.

Fishbane weaves a fine story that, at times, reads like a case of literary déjà vu. People and places will evoke feelings of familiarity among fans of Montgomery’s, which is to be expected given the personal nature of the latter’s writing. While I feel that the first section of the book was at times sluggish, I also found that the novel picked up my interest as it progressed. This is a good thing.

Maud will, in all likelihood, primarily interest readers already familiar with the work of L.M. Montgomery. That said, YA readers with a more general interest in CanLit historical fiction may also be attracted to it as well.