Mark Critch on the Art of Shampooing a Cat

Son of a Critch 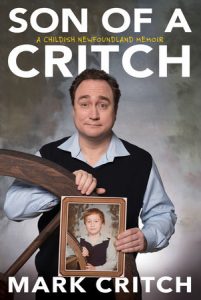 The only other uses of the phone table were the shining of the shoes and the washing of the cat—the two chores Dad took very seriously. Dad had one colour and type of shoe: black dress shoes were for work, formal events, jogging, beach wear, and shovelling. He went through a lot of polish. Shampooing our Siamese cat was more involved.

The cat was as old as I was. Dad brought home the newborn kitten the same week I was born. He’d won it in a card game. Dad had won all his opponents’ money, and in an act of desperation, the poor loser had wagered the animal. Mom had never wanted the cat, and so it was my father’s responsibility. He was proud of his prize and would heap praise upon the cat as if it were a Grand Prix–winning show horse.

The cat never liked Dad. She would hiss at him and scratch him. This did nothing to deter him from pursuing the object of his affection. 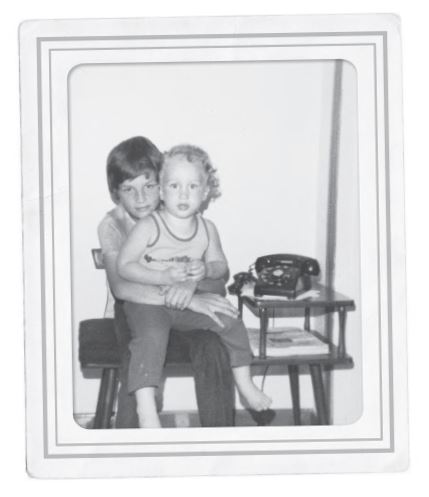 Perhaps Dad was so adamant about this cat-cleaning chore because he wasn’t otherwise what you’d call a handyman. He had what he called a “tool kit.” It was an old metal bis

Next to the tin he kept a rusty hammer and a collection of dried-out paintbrushes. If something needed fixing, Dad would open the tin and ponder which tool was right for the task at hand. Usually the electrical tape would win out and the old man would apply it sparingly to the broken glass, loose hinge, or wobbly table leg. There was never need of a second roll of tape in my entire lifetime.

Whenever there was work to be done around the house he would put on his work clothes. These consisted of a white T-shirt, a pair of tan pants, and dress shoes.This was also his preferred outfit for cat grooming.

Someone had convinced Dad that cats needed to be shampooed. So, once a month he would get a blanket and put it over his lap, don winter gloves, and shampoo the cat. Afterward, the cat would lock eyes with him as she licked herself, seeming to say, “See? This is how a cat cleans itself. And I would enjoy it a lot more, too, if you hadn’t spayed me, asshole.” Of course, first the cat had to be caught.

Whenever it saw Dad in his handyman uniform it would hide under the biggest thing it could find—the stereo. The old man would reach underneath it, the cat digging her talons into his thick winter gloves in a timeless battle of man vs. beast.

Eventually, she would dig her nails into the carpet as he tugged at her hindquarter. “See? Her tail is wagging, that means she is—ow!”

Then he would carry his hissing prize to the telephone table and rub in the cat shampoo. Sometimes I’d be called upon to rub the cat’s fur with a damp tea towel to “activate it.” This didn’t so much shampoo the cat as anger her fur, making it stand up in little matted waves on an arch-backed sea of feline fury.

Dad would admire his handiwork and the “cleaned” cat. Now covered in shampoo and somehow drier than she was before, she’d hurl herself off his lap and disappear for days.

Excerpted from Son of a Critch by Mark Critch. Copyright (c) 2018 by Mark Critch. Publishing by Viking Canada, an imprint of Penguin Canada, a division of Penguin Random House Canada Limited. Reproduced by arrangement with the Publisher. All rights reserved.

Mark Critch is a comedian, actor, and writer from St. John's best known for his work on the CBC comedy series This Hour Has 22 Minutes.