Young writers is a new monthly feature focused on our region’s young talent, those whose names you may know, and those you don’t but should. Please share your thoughts on this column in the comments box below or email your feedback to kim@atlanticpublishers.ca 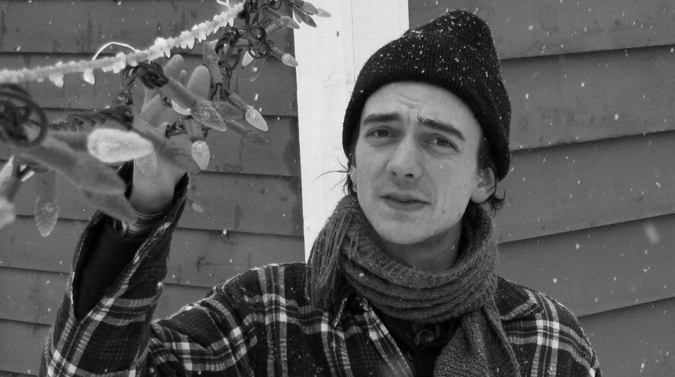 In the mid nineties Mark Callanan could have been a portrait of proto-teen, banging awkwardly at a guitar trying to make up songs. You know, working on his music. It didn’t take him long to realize it was the words he cared most about.

“I had this Robert Service book that was my dad’s and had been his dad’s. From there I got into Dylan Thomas and this romantic imagery associated with his short career, drinking himself to death.” Self destruction held a dark appeal for teenaged Callanan.

At Memorial University he joined the Society for Creative Urges, or SCUM as it was acronymed, a group of creative writers that flagellated themselves on the alter of public feedback – that is, they read before an audience and actually let people publicly comment on the work. “It was the first time I was forced to reckon with an audience,” Callanan recalls. “It was a formative experience.”

He remains close friends with many of the poets he met there, particularly James Langer, with whom he would eventually co-edit The Breakwater Book of Contemporary Newfoundland Poetry in 2013. Langer and other peers from SCUM helped Callanan connect with Newfoundland’s tight-knit writing community, which warmly welcomed him, usually over a beverage at the Poet and Peasant Café. “I got a featured reading with the Writers Alliance of Newfoundland and Labrador before I had anything published. It was a very productive time.”

Poetry had infected his spirit. The son of a former Roman Catholic priest (turned communications professional), Callanan is an atheist, naturally. But, “there is something in the cadence of poetry that reminds me of prayer.” Poetry is his connection to the divine, whatever or wherever it might be.

In his early twenties, Callanan published his first book of poems, Scarecrow (Killick Press), to rave reviews across the country, many of which focused on the youth of the poet. “The insight, emotional rigour and formal dexterity of such writing serve as important reminders that a young poet can and should be a fully formed poet,” proclaimed Maisonneuve.

Thinking back, I can all but hear him shake his head (we’re talking by phone) at such praise. “I don’t think anyone is ever fully formed,” he says. Moreover, he’s not entirely satisfied with the work he once produced. “I feel like I rushed publishing my first book. I was very young. There is a lot I regret in my first two books … and I will likely regret things in future books.”

His fans had to wait seven long years for the second book. Callanan had a near-fatal medical emergency in 2007, but he also wasn’t eager to make new mistakes. “My second book took my editor forcing me to publish it,” he says. “I’m a bit of a perfectionist.”

In 2010 he published Sea Legend (Frog Hollow Press) and in 2011, Gift Horse (Véhicule Press), which focused on his near-death experience. Both collections were received with the same enthusiasm as Scarecrow. All appeared on prestigious shortlists and some of his individual poems won Newfoundland and Labrador Arts and Letters Awards and a Gregory J. Power Award.

Despite the regrets of his earlier work, Callanan remains enthusiastic about young poets. “There are a lot of super talented far-too-young writers, and that’s my jealousy showing in the phrase ‘far-too-young.’” Recently he’s become a fan of Cassidy McFadzean (McClelland and Stewart) and Ben Ladouceur (Coach House), both in their twenties. “Their talent far exceeds what mine was at that age.”

Despite his perfectionism, he is driven by the need for self discovery, to better understand himself. “Part of the reason I do it is to query myself, how I feel about things.” It is a process that by definition starts out rough.

Callanan is a father of four children, the youngest of whom is three. After a deep foray into parenthood, he’s re-emerging onto the poetry scene having co-founded a new reading series with his old poetry pal James Langer. The North Atlantic Poetry Series brings English, Irish and Scottish poets to St. John’s and pairs them with local poets.

He is also working on a new collection about “personal and cultural romanticism, narratives we tell ourselves to explain why we are the way we are.” That, and quitting smoking. It harkens back to his early love for the Dylan Thomas narrative, the dark appeal of the self-destructive artist.

“I’ve come to tie it so much into my own identity but it’s complete bullshit. There were a lot of word geniuses who weren’t self-destructive.” Ever the perfectionist, Callanan is taking a hard, honest look in the mirror and examining his own myth.