LOCAL SUITE from The Witch of the Inner Wood 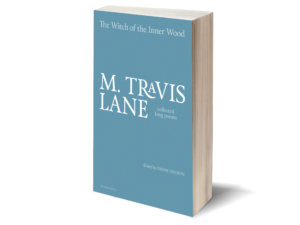 M. Travis Lane is the author of 16 books of poetry and has been widely published in literary journals as a poet and critic. She has won the Atlantic Poetry Prize, the Pat Lowther Memorial Award, the Bliss Carman Award and the Lieutenant Governor's Award for High Achievement in the Arts. She lives in Fredericton.