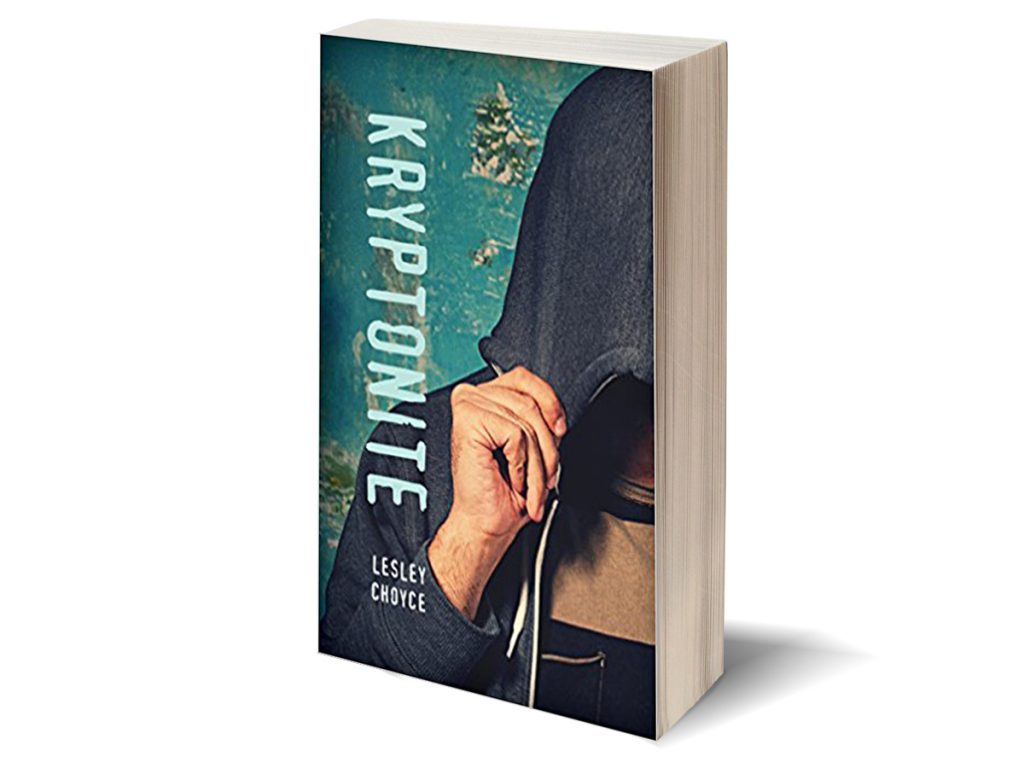 Kryptonite is author Lesley Choyce’s latest addition to the Orca Sounding series of books. This story features high school student Jackson, 16 years old and arrogant, completely full of his own self-importance, a conceited and manipulative cheater. His voice comes across as beyond his years, probably because he simply thinks he is better than everyone around him. He tries to work the system in every way possible to get what he wants, a con man in the making. He swindles his classmates out of lunch money, cheats and plagiarizes his way through school and has a complete disregard for his father, who to be fair is neglectful, too busy being a big-shot lawyer to pay much attention to his son.

The Orca Soundings series are high-interest novels written for teens, or more specifically, reluctant readers. Themes of crime, substance abuse, danger, and con artistry are all touched on in Kryptonite. This book is rated as fiction for ages 12 and up, although it is edgy (main antagonist Bryce calls his ex-girlfriend “a stupid little bitch” and there are references to alcohol and sex). It’s certainly compelling and gripping enough to keep a young reader flipping pages to the end, which is the goal of the series of these short novels.

When Jackson decides he wants an expensive new pair of sneakers, he simply takes them from the local sports store. This time, he gets caught. Abby Lawson is a high school drop-out, straight out of Westlake Detention Centre and the newest employee of the Striker Sports shop, who doesn’t let Jackson get away with his theft.

Jackson is immediately into Abby. To try and win her over, he agrees to help her track down her ex-boyfriend Bryce, who abandoned her at the scene of a crime, leading to her stint at juvie, and who she hasn’t seen or heard from since. Jackson doesn’t understand why she’d possibly want to reunite with him and is determined to change her mind. Once again he decides to work the system by pretending to help Abby, to prove Bryce is bad and to convince her to be with him instead.

Abby is way above Jackson’s level. When they go for coffee, she pulls out a flask like one he’s only seen in the movies. He tells her “maybe” he’d understand the fun of home robberies (he doesn’t) and that she spent time in Westlake, a place he knows as “for the worst of the worst.” Still, he wants to impress her, with his egotistical and self-centred ways.

“I wanted to talk about myself. I wanted to explain how unique I was. One of a kind. Explain how smart I was and that school was always holding me back from my potential,” he says.

And he does know how to work the system (he returns to Striker Sports with a phoney excuse and phonier apology for the attempted theft and winds up with a $50 gift certificate), and he leads Abby on wild goose chases that end nowhere near Bryce.

As the two spend more and more time together and get to know one another better, Jackson starts to compare himself with Bryce, in that neither of them let anything get in their way. Meanwhile he’s actually working at tracking Bryce down to find out what he’s really like, hoping to uncover some horrible dirt to take back to Abby.

Before long, Jackson finds Bryce at a shady bar in the next town over. In order to gain Bryce’s trust, Jackson finds himself getting in thick with him and a plan to help push a dangerous, not-yet illegal drug into local schools. So thick in fact, he almost forgets about Abby and his original plans to sway her. And the thicker things get, the more Jackson realizes how wrong and dangerous the situation he has found himself in has become. Bryce doesn’t care who he hurts or what happens to people like Abby, or how he impacts the lives of the people using the drug he’s trying to push. His interest is only profits and money.

Bryce is full of himself, ignorant, arrogant and selfish, much like Jackson. But Jackson’s attitude has more of an innocent, immature way about it. He begins to have some realizations about himself, that maybe he is changing, that his strong, caring feelings for Abby have changed him.

Abby is a train wreck and very troubled. She’s fooling around with Jackson, but says she loves Bryce; she’s always craving to do crazy things, drinking and wanting to get high all the time. Jackson realizes he can never offer as much exhilaration as she wants. And once Abby catches Jackson and Bryce together, he finally really gets it. She truly believes she is in love with the dude whose actions sent her to a juvenile detention centre. This is a game changer for Jackson.

Finally, he’s faced with working through the ethical dilemma of doing nothing or reporting (anonymously) what he knows about Bryce and the drugs. In the end, thanks to a philosophy teacher who sees something in Jackson and won’t give up on him and his elaborate plagiarizing ways, Jackson makes the right choice.

Kryptonite is a fun little read, much like sitting down to an edgy and gripping episode of Riverdale, the teen drama television series based on the characters of Archie comics who find themselves navigating sex, drugs, romance, school and family in the small town of Riverdale.