A young girl’s search for her mysterious past 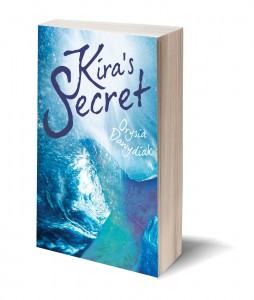 Kira loves her adoptive parents but she chafes under their strict rules. She finds it especially frustrating that she is forbidden to ever go to the seashore. Her longing to venture to the sea and explore the local tide pools only increases when she makes a friend who shares her keen interest in ocean life. The two begin researching the folklore and legends of the sea and its inhabitants, and before long Kira makes an amazing discovery about herself. As she and Cody plan several outings to test their theories, Kira becomes determined to learn the truth about her origins and the family she has never known.

Dawydiak’s simply written tale will capture the imagination of young readers who are drawn to the myths and legends of the sea. Like Kira and Cody, they will revel in the descriptions of selkies, merrows and finfolk and their fantastical underwater realm. But the author also tantalizes readers with a hint of a more sinister aspect to this alternate world. While Kira’s background may not come as a huge surprise, there are a few unexpected revelations—and questions are raised which suggest that a sequel might be forthcoming.