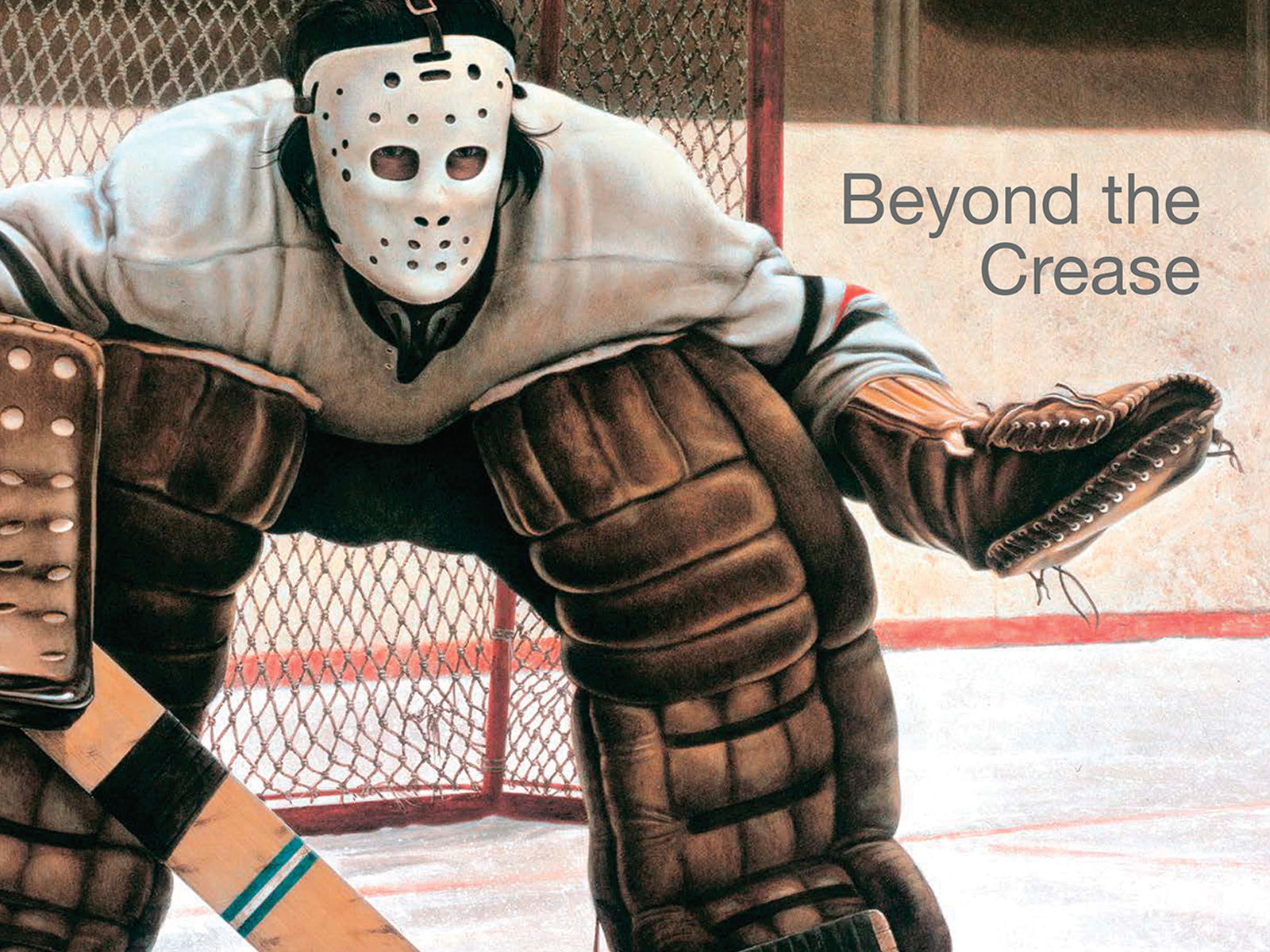 Fans of Ken Danby will love Beyond the Crease; but if you aren’t already among them, it won’t change your mind

One of the enduring conflicts in the visual arts is that between art the public likes and art the professionals validate. Often, the gulf between the two is vast.

Perhaps nowhere is that gulf more obvious than in the genre of realist painting, where the battle lines have been drawn since the advent of Le réalisme in 19th-century France. Interestingly, it was the realist works that were the avant-garde at that time, and were rejected by the public and most of the professionals in the arts. Since the victory of Modernism, however, those positions have reversed.

In Canada, realist painting has long been the subject of vociferous debate and acrimonious battles in art magazines, gallery offices and boardrooms. On one side are the professionals: curators, writers, art historians, art professors, some editors and publishers. On the other are collectors, commercial dealers, other writers, editors and publishers and those members of the general public for whom notions of “good” and “bad” art reduce, simply, to “what I like.” And, to be certain, many in the public like artists such as Robert Bateman, Thomas Kinkade, Trisha Romance and yes, Ken Danby.

Public art galleries and museums often avoid exhibitions of such artists, feeling that their very commercial success removes them from consideration as “real” art. Yet, given the recent auction prices for Andy Warhol and Picasso, one is on dangerous ground using commercial value as grounds for critical disdain.

Undaunted, the Art Gallery of Hamilton has waded into the breach with the exhibition and book project Ken Danby: Beyond the Crease. In doing so, they are honouring an artist who remains one of the most popular with the Canadian public and one who has, at least since the 1970s, been steadfastly ignored by most public art museums, especially the largest ones such as the Art Gallery of Hamilton itself. The book features essays by a curator and art historian who was the guest curator of the exhibition, and by Danby’s former studio manager and print technician, as well as text by Danby himself (the artist died in 2007) and an interview with Danby by a former AGH curator.

Given the contentiousness of Danby’s work in the Canadian art world, I was pleased to see Ihor Holubizky’s name on this project. A curator and writer with an almost 40-year career in the arts, he is one of the professionals. Unfortunately, Holubizky provides only a preface, ably recounting a history of realism in art, describing some paintings by Danby, mostly in terms of what they are not and presenting, usually without agreeing or disagreeing, direct quotes and paraphrases from two other writers: Mario Amaya (who was Chief Curator at the Art Gallery of Ontario in 1972 when he wrote the catalogue essay quoted here) and Patrick Hutchings (an Australian writer who reviewed Amaya’s 1970 exhibition Realism(e)s that included Danby’s work).

What is missing is any direct opinion about this work that is recognizably that of the present curator. Why Danby, and why now? The writer walks a fine line. The work is a fact, Holubizky tells us, and other people have strong opinions about it.

However, a pleasant surprise in Ken Danby: Beyond the Crease is the writing of Danby himself. His autobiographical essay, which is by far the longest piece of writing in this book (given that, and the large selection of images of his work, one could fairly ascribe the authorship of this book to Danby) is quite engaging. Danby’s voice comes through loud and clear, honest and forthright in his opinions. The interview, conducted in 1980 by former AGH curator Andrew Oko, adds further depth to the discussion of Danby’s techniques. In both texts Danby is direct about his practice, open in his enjoyment of his success (why shouldn’t he be?) and distinctly lacking the “poor-me” bitterness about the art establishment that too often accompanies discussions of realism.

Greg McKee’s essay is very technical, a thorough addressing of the difficult technique of serigraphy, silk-screen printing. It is clear and concise, and his description of the process of making real art prints (as opposed to the glorified posters passed off as “limited edition prints”) is useful. For anyone who appreciates knowing how experts do things expertly, McKee’s essay is a pleasure to read.

The book itself is a beautiful example of the coffee-table art book – clean, simple design that doesn’t get in the way of the subject matter; well edited and with useful additions such as an index and chronology of the artist’s life. The colour reproductions are excellent, and the technical aspects of the design are meticulous. For instance, the centre spread of the book boasts an image of a canoe on an evening lake where the wake of the canoe stretches across two pages – the wake lines up across the gutter, an attention to detail that is all too rare and that is repeated wherever an image crosses two pages.

Alex Colville, who disliked being described as a “realist” (he found that label, or any label, too limiting), was never afraid of being forthright about art. He even went so far as to provide a definition for bad art (something few writers or curators ever do). Bad art, he wrote, is “commercial, sentimental, and retrograde.” By that definition the art of Ken Danby is often “bad” – by his own admission in his later years he became a kind of court painter to the Canadian establishment. However, there are works in the book that make a case that there was more to his practice than his commercial and popular success. Danby made his choices, a reality that is reflected in the works represented in the book.

The book on the other hand is mostly good – in design, in the biographical and technical contributions, in the image quality. Ken Danby: Beyond the Crease fails to make the case for Danby as an artist who was more than he seems. If you come to this book already liking his work, you will not be disappointed. If you do not, there is little here to change your opinion.

The book will most likely sell many copies and the exhibition will be very popular in the venues that agree to take it. But in the end, all we learn about Ken Danby is what the artist himself chose to tell us, and that feels like a missed opportunity.