Criminal Charges for Doing His Job: An Interview With Journalist Justin Brake 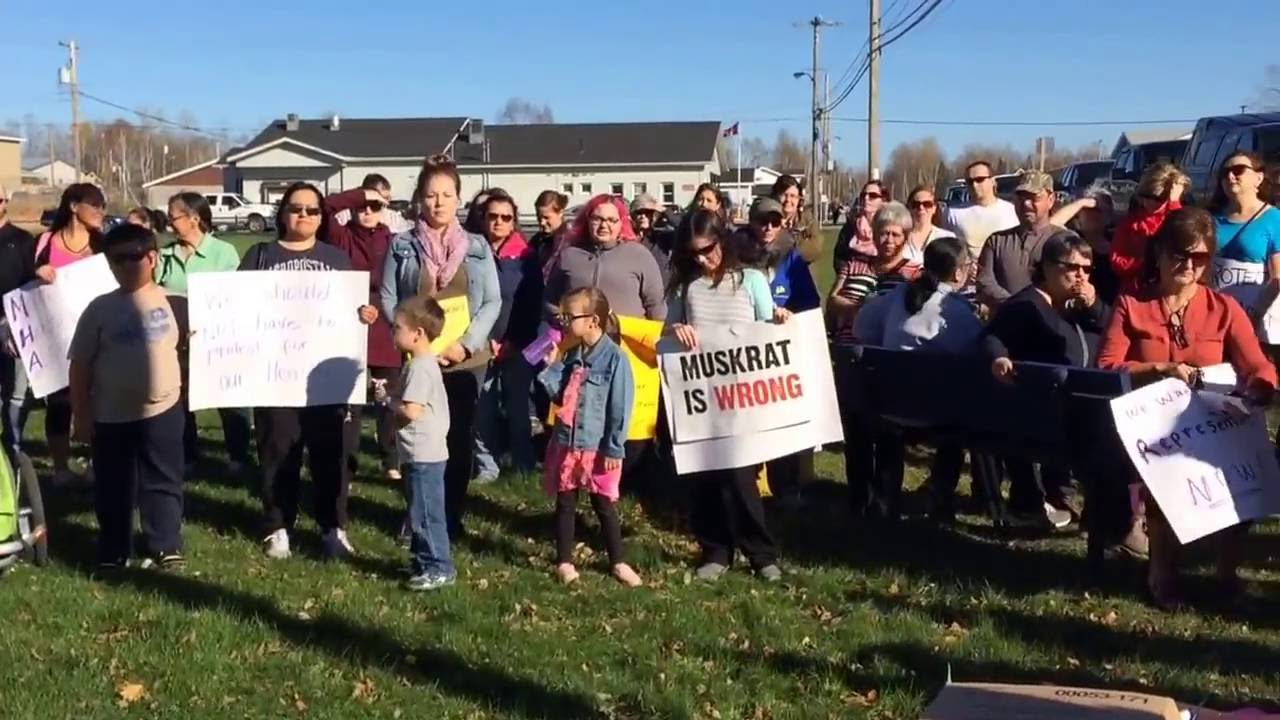 In October of 2016, Justin Brake, a reporter and editor at Newfoundland and Labrador’s online newspaper The Independent, was covering a protest at the Muskrat Falls hydroelectric site on Labrador’s Churchill River. After Brake followed protesters onto the site, he was charged with disobeying a court order and mischief concerning property over $5000.  Journalists across the country have expressed concern that these charges pose a threat to the freedom of the press, and a crowdfunding page has been created to raise funds for his defence.

Atlantic Books Today’s Robin McGrath conducted the following interview with Justin Brake shortly after the court ruled that the injunction against him was legitimate:

Atlantic Books Today: How do you feel about the court ruling that Nalcor Energy need not have identified you as a working journalist when seeking an injunction?

Justin Brake: I was disappointed with the judge’s decision. Journalists have a duty to report news events that are in the public interest, just as the public has a right to that information. If journalists are afraid, or aren’t permitted, to follow major stories such as the one that unfolded on October 22 of last year, we lose a keystone of democracy in Canada: press freedom and the right to know.

ABT: Do you think the line between journalists and advocates has become blurred?

JB: As journalists we are accountable to the public. Journalism is more than a job or an occupation. When we pick up the pen or microphone or camera, we are embracing a major social responsibility to bring crucial information to the public on important matters.

Though they are certainly a minority, some have accused me of being biased, an advocate for the land protectors and others who engaged in the protests at Muskrat Falls. I’ve noticed, however, that few, if any, of the people making these claims are Indigenous.

Last fall, people in Labrador were alleging the corporation and the provincial and federal governments were allowing the project to proceed in such a way that put locals’ traditional food source and way of life at risk. A peer-reviewed scientific study released earlier last year projected methylmercury arising from the flooding of the Muskrat Falls reservoir would contaminate fish, seals and other country foods downstream of the dam, exposing Inuit to unsafe levels of the toxin, which, according to Health Canada, at various levels of exposure can affect the central and peripheral nervous system and cause neurological damage.

In the event methylmercury reached unsafe levels, the government said it would issue consumption advisories and compensate affected families—a course of action some pointed out contradicted what governments had promised in terms of reconciliation and recognizing Indigenous Peoples’ rights. Many locals in Labrador told me the loss of traditional foods and access to cultural practices like fishing and hunting would impact their identity as Innu, Inuit or Labradorian people and that no amount of money could compensate for the loss of these things.

People said repeatedly at rallies and protests the government and Nalcor had failed them, and that they had no choice but to take matters into their own hands. After weeks of peaceful demonstrations, as the anticipated date of the first phase of reservoir flooding approached, people grew angrier, more afraid and more anxious. They blockaded the site, several were arrested and then days later they occupied the camp.

This was an extremely newsworthy event that merited media coverage and I believe the fact that I pursued the story as a journalist, even when it moved on to the project site, was indeed material to the issue.

The Independent’s exclusive coverage of the occupation was read and viewed by tens of thousands of people who otherwise wouldn’t have had access to reporting that revealed the nature and substance of the protest.

Whether one agrees with the land protectors or not, the public had a right and a need to know what was happening inside the gates at Muskrat Falls.

Does my coverage of the Indigenous-led protests, including the occupation at Muskrat Falls, make me an advocate or an advocacy journalist? And if so, does being one of these in a way that highlights people defending their rights against powerful interests who are knowingly and willingly impeding those rights negate being a journalist?

I encourage people to decide for themselves. Visit TheIndependent.ca and our Facebook page to see the journalism we produced in those weeks.

ABT: Why do you think you were charged?

JB: On the civil charge, it was Nalcor, the crown corporation running the project, who initiated the legal process for me. The corporation has acknowledged it intentionally included my name on the list of individuals it provided to the Supreme Court of NL when it applied for the injunction. This was in spite of knowing I was on the site as a working journalist.

The criminal charges, which carry a maximum sentence of 10 years in prison, stem from an RCMP investigation and were made at the discretion of our federal police. Some preliminary research done by Independent columnist Jon Parsons suggests that while there have been instances in Canadian history where journalists have been arrested and charged for trespassing to get important stories, none in recent decades have been as heavy-handed as this case, where the RCMP has decided to lay criminal charges against the journalist.

Why are they taking this unprecedented action against me? You will have to ask the RCMP.

ABT: If you were employed by a corporate or public institution such as the CBC, do you think you would have been charged?

JB: It’s difficult to say. The CBC and corporate media had a presence outside the main gate of the Muskrat Falls project at the moment the land protectors broke through and proceeded on to the site. Those journalists did not follow the story, but you will have to ask them why. Personally, as a journalist, it would have been difficult for me to watch a major story literally moving away from me and not being able to follow it.

If other media outlets recognized the importance of the story and were willing to follow it, it certainly would have created a scenario in which the criminalization of journalists would likely be met with greater backlash from the public and media outlets. How Nalcor, the RCMP and the government would have responded to a greater presence of journalists on the ground inside the site though, I don’t know.

ABT: What have these charges meant to you personally? 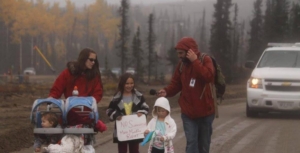 JB: Navigating a lengthy legal process and fighting to stay out of jail for doing my job is not how I’d like to be spending my time right now. The Independent is a small, non-profit media outlet and fighting these charges will eat up time and resources that we would otherwise be devoting to covering other important stories.

My wife and I are also expecting our first child in June, so the prospect of me doing time, no matter how likely or unlikely that prospect might be, is causing some anxiety in the family.

On the other hand, the groundswell of support coming from journalists, press freedom groups, politicians and grassroots citizens around the province, country and world has empowered me to fight these charges vigorously.

Frankly, I would prefer my child be born into a country where journalists are free and indeed encouraged to bring important information to light, not a country where corporate interests and police agencies can stifle the flow of information crucial to the maintenance of democracy.