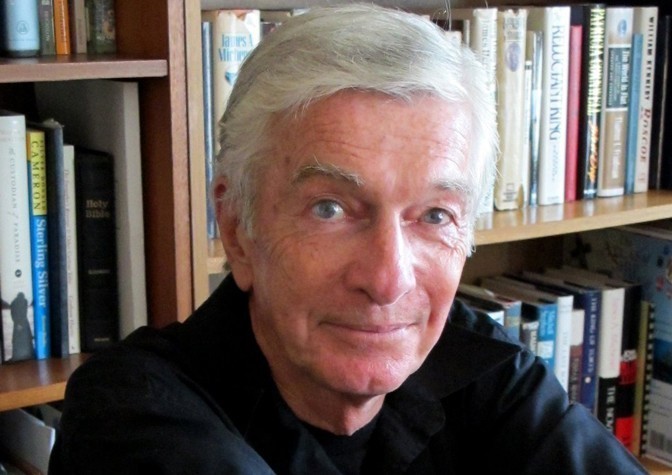 On the heels of another spirited literary award season, award-nominated author Bruce Graham tells the tale of a book nomination-turned-humiliation that leaves him a little….well, queasy

We live in the era of prizes and recognition. Every art form has award ceremonies as a way of highlighting its achievements and promoting itself. It’s award overkill but that doesn’t stop the phenomenon because, let’s face it—we all want recognition of some sort. After spending months locked up in a lonely room, maybe writers crave it more than most people.

The first time I was nominated for a writing award I tried to be cool to hide my excitement, heightened because people assured me I would win, that my book was the best of the lot. I didn’t win and those same people told me it was an honour just being nominated. I heard that refrain so many times I really didn’t want to be honoured anymore. You might say it killed that craving for recognition. But I was trapped. It sounded like I was such a poor loser, contradicting soothing condolences by arguing that the real honour was of course, winning! I told myself in the vast scheme of things my loss was no big deal. There will be other books and other awards. It was my second book and my first nomination. I had to devise something to placate my competitiveness besides the honour of just being nominated.

When my third novel, Ivor Johnson’s Neighbours (Pottersfield Press) was published, I was nominated again for that same award. To be chosen as a finalist two books in a row said something; didn’t it? At least in my delusional state it said something to me. I couldn’t escape the thoughts slipping around just beneath my consciousness—dare I say it? Was this not a vindication of the previous award year and rectification for the judges’ unfortunate conclusion? Delusional? Yes, but there had been plenty of historical parallels in the past. It happened at the Academy Awards where the judges blundered badly one year and made up for it the next.

The writing awards aren’t the Academy Awards but they’re getting to be quite fancy affairs. They begin with various speeches on the value of writers in today’s society. The audience includes literary dignitaries and those governmental representatives who hold some cultural responsibility, plus proud family members and friends who nod in unison on the worth of literature while the writers sit stoically wondering why, if their contribution is so great, are so many of them living in poverty.

This particular ceremony went on for some time as there were many individual awards spanning all aspects of the book business from poetry to best publisher. As I waited for the fiction prize to be announced, I ran my hand over my victory speech, concealed in the inside pocket of my coat. It was just a simple thank you to my publisher, my editor and of course my loving spouse. Yet it carried its own comfort as an ethereal assurance of something. Whether I would actually whip it out on stage was not considered as I knew what I would say. But the folded speech offered me some sort of security as though I carried a concealed weapon in my breast pocket. I couldn’t help but run my hand over the folded paper with those words of a humble and gracious acceptance.

Sadly, the victory speech wasn’t necessary. The printed words suddenly felt like old porridge, lumpy in my pocket. Is there anything as useless as a victory speech when there is no victory?

When the speeches and awards were concluded, music began to play. The reception went forward with an impressive array of hor d’oeuvres, wine and other liquid refreshments. A swing quartet played upbeat tunes as guests nibbled, mingled and congratulated each other.

I came into the crowd trying to look nonchalant and as buoyant as possible, like those two rejections for two subsequent books didn’t matter. I walked past a silver platter of elaborately prepared meatballs and speared one with a toothpick. That’s when I really understood that regardless of my exterior sunny expression, my internal organs were not prepared to participate in further defeat.

Maybe the suspense of the event had been more of a strain than I imagined. A tiny particle of the meatball stuck far down in my esophagus and try as I might, I could not dislodge it. My hiatus hernia had been well behaved for months but now put up its’ own rebellion at my loss. Hernia seemed to be saying:

“I was there with you buddy, day and night, slaving over every word. You deserve better.”

In the washroom I tried and tried to dislodge that morsel of meat. I went back to the music and food believing the purge had been successful—only to hurriedly return and try again. Despite repeated and prolonged retching, the little bugger would not go down and would not come up. I should have been signing books, not wallowing around in the washroom, held captive by a speck of half-swallowed cow that refused to follow the natural digestive flow. Wine was being consumed outside and the noise level had already increased noticeably. If I hadn’t been trapped in the washroom, a dozen people would have told me just what an honour it was to be nominated. Maybe this wasn’t such a bad place to hang out after all, but no, I really was anxious to get back to my stack of books and the nice people who didn’t care a whit about the loss; they wanted a signed copy of Ivor Johnson’s Neighbours and I wanted to please them. I waited a minute and the particle seemed to be gone. When I walked back into the throng I could see the expression on my wife’s face. She reported that my face was scarlet from the effort to dislodge the particle and my eyes were watering.

Then I heard a woman behind me whisper, “Poor man. He’s taking it very hard.”

Oh God, not only am I double loser but they think the rejection has brought me to tears! That would have been bad enough except the repeated attempts at dislodging the morsel had sent my stomach into spasms. I should have immediately run back to the washroom but I couldn’t pass that whispering woman and her cronies who stood in a circle staring at the red-faced, teary-eyed loser. I fled to the opposite corner of the reception area where there was another washroom. Oh God! It was the ladies room. That’s all I need—to have pervert added to the growing list of negative adjectives I was collecting by the moment. I stopped at the door, turned my back to the crowd and immediately tossed my cookies into a tiny cocktail napkin.

“Too much wine,” someone with an Australian accent said, not quite quietly enough. I was of two minds at that point, whether to defend my sobriety or snarl that Australians should be the last people to criticize over-indulgence. I did neither, of course. Here I stood; not only a sore loser but a twice rejected, weepy, intoxicated, sore loser.

My wife got me out of there and we went to our hotel, a small rustic place in south-end Halifax where luminaries from the nineteenth century had once stayed. We had been booked into the room where Oscar Wilde had slept during his Halifax visit on his North American tour. There was a large photograph of Wilde on the wall and as I sat on the bed, taking off my spoiled suit coat and shirt he was looking down at me and I saw something in his expression. Some understanding, I thought, and perhaps just a hint of sympathy in his eyes. “Yes,” he was saying, “being a writer carries its own indignities for all of us.”

Bruce Graham is an award-winning journalist and the author of six books, three of which have been transformed into stage plays. One, Ivor Johnson's Neighbours, is being prepared for a television series.