Jean-Philippe Baril Guérard’s Sports and Pastimes: Boredom and Excess Are the Preeminent Disposition of the 21st Century’s First Adults 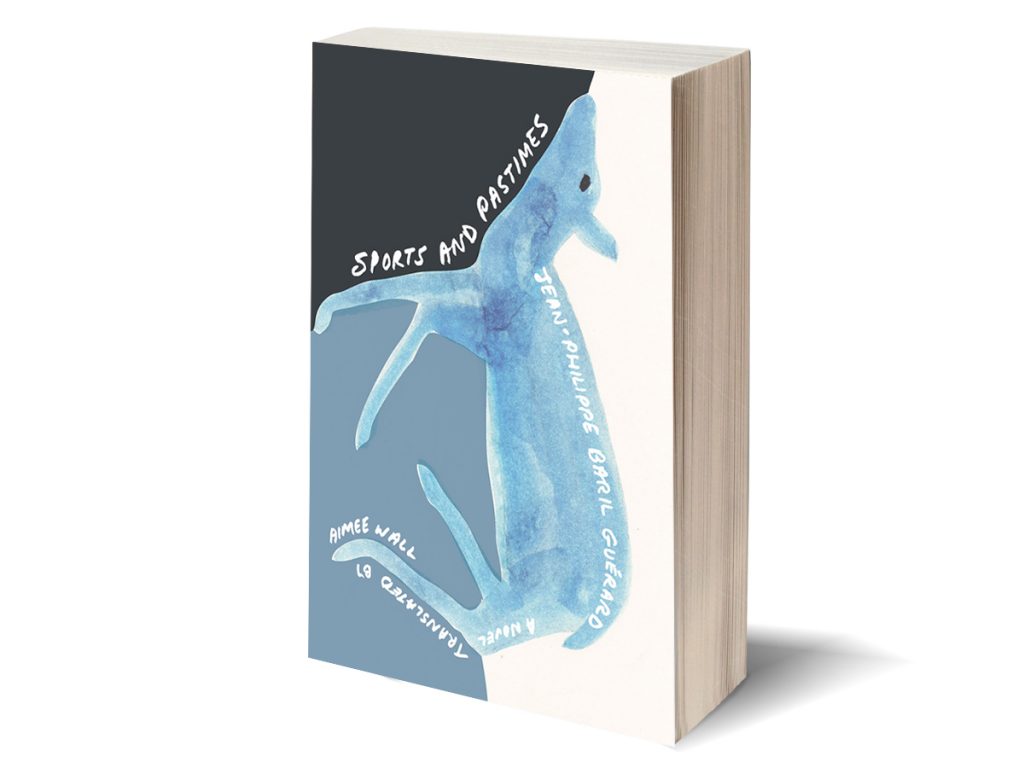 The new English translation of Jean-Philippe Baril Guérard’s Sports and Pastimes (translated by Newfoundland’s Aimee Wall) contemplates boredom and excess as the preeminent disposition of the 21st Century’s first adult generation. On the path dissecting contemporary Quebecois ennui, Guérard’s second novel takes shots at the highest envelope of middle-class excess using elite Canadian show business as his proxy: not lavish enough for vast coteries and personal photographers, but enough to blow $6,000 on a couch before checking to see if it fits up the stairs of your trendy apartment. Shame but never remorse. Grief but never loss. With commendable skill, Guérard executes such literary feats as determining the deafening inanity of cokeheads and making orgies seem boring.

Aimee Wall’s superb translation is a deceptively free moving rendering of the intimate slang, slurs and insults that characterize the narrator’s often frenetic inner monologue. With prose as lean and compact as the 22-year-old, unnamed, fitness-obsessed narrator, Sports and Pastimes demands the kind of literary alertness more often reserved for very sparse verse.

The novel, which follows three former child star friends through a week in their early 20s, is bookended by two dead deer. First, acting out the insensible 20th-century Canadian ritual of retreating to the weekend hinterland cottage, the friends almost immediately panic and return to the city once they’ve run out of cocaine. They run over a deer on the drive back leaving Felix-Antoine, the immaculate “Nadia Comaneci of drunks,” to sever the deer’s spinal cord in an act of mercy.

In the frightening aftermath of the accident, David, the sensitive but ultimately mediocre filmmaker, experiences the novel’s nearest moment of self awareness worrying that they’ve all lapsed into a state of shock: “maybe we think we’re okay, but we’re not.” This futile grasp toward self awareness hangs distantly behind the novel’s chilling final image when the narrator, Felix-Antoine, and David gleefully count likes on an Instagram selfie of the trio mugging over a deer they’ve just killed on an impromptu hunting trip: they think they’re okay, but they’re not.

Readers might be tempted to include this novel among a genre of disaffected techno-youth novels, but Sports and Pastimes is already bored with the cult of youth and even more uninterested in the endless hand wringing critiques that dominated the turn of the century. The novel deals with the shallowness of digital existence and fame, but does so in a crisp voice comfortably acclimated to a culture where people live disparately on their phones and in the ghastly world of bodies.

The narrator herself offers the most concise review of the novel. Sitting in a waiting room–the perfect environment for this novel’s unaware moment of clarity–where the book she is reading fails to hold her attention, she complains that it is “a self-conscious novel…about trashy youth living a life of ennui, young people who have everything too easily, who don’t know what to do with all their free time, and who thus set about destroying everything around them out of cynicism. It passes the time all the same; I don’t have anything better to read.”