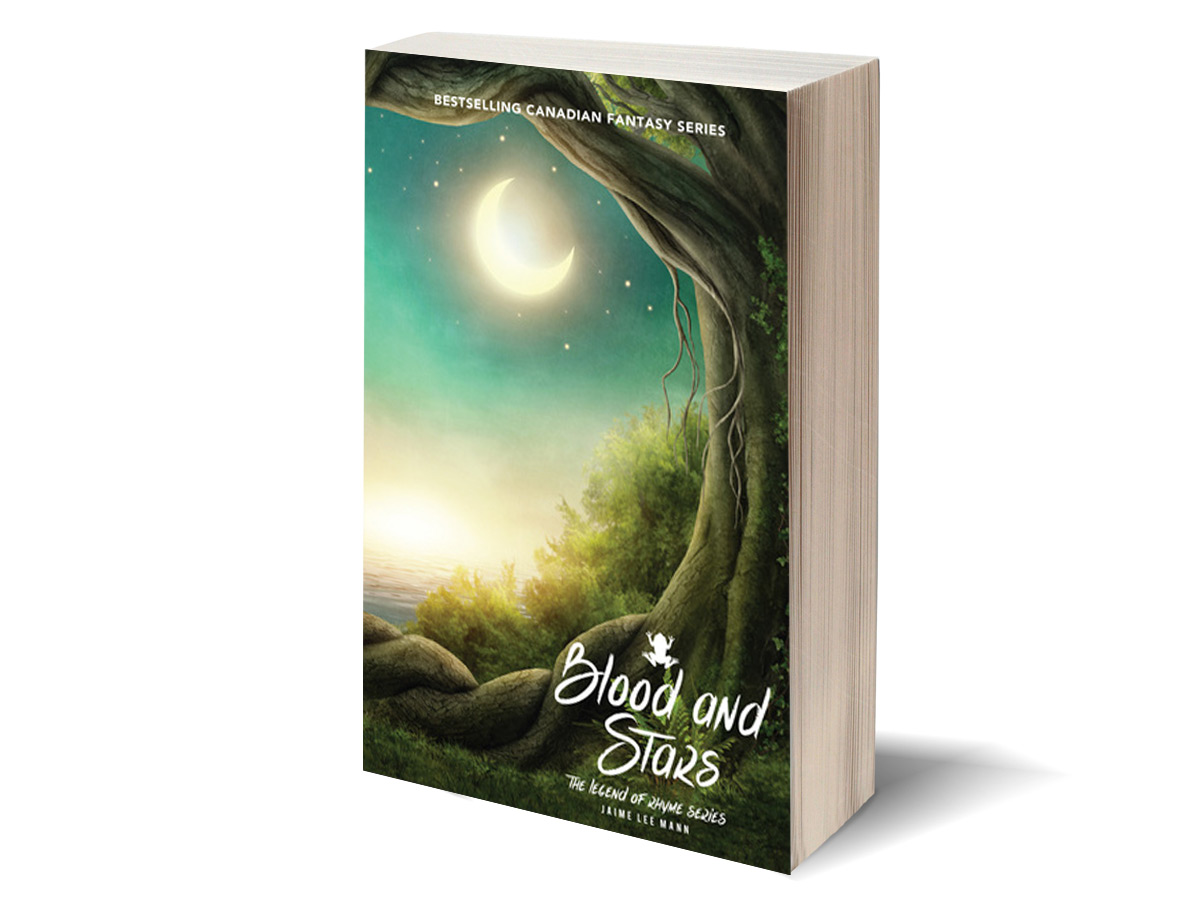 In her fifth installment of the Legend of Rhyme series, Jaime Lee Mann invites readers to reacquaint themselves with a diverse cast of magical characters, including witches, goblins and mermaids. The action takes place, for the most part, within the enchanted realm of Coraira. Expanding upon story lines surrounding a quest for supreme power, ancient rivalries and a deep-seated Caine family legacy, Blood and Stars will not disappoint readers with a penchant for action-packed, plot-driven novels.

Initially created as a series of bed-time stories for her daughters, the short chapters in this novel allow the storyline to build at an accessible pace both for parents who wish to read aloud and for independent readers at the middle-grades level. Blood and Stars contains four separate story lines, each commencing with a playful poem summarizing the action and drama leading up to that point in the novel. This inventive narrative device, paired with a handy glossary of characters located at the back of the book, enables readers to get the story straight prior to delving into the meat of the novel. With such a wide array of characters, timelines and personal narratives, the inclusion of these helpful reminders allows the book to be read by those starting the series at book five.

While previous readers of the series will appreciate the loose ends that are tied up in this installment, new readers can nevertheless glean the important lessons the author seeks to bring forward–anything from the importance of family ties to the idea that the best cakes are made from locally sourced, homemade ingredients. True to her form, such messages are not blatantly stated from the action of the story, rather they are neatly wrapped into the fairy-tale world created by the author. Such subtlety makes way for deep conversation between a parent and child on these issues, indeed the inclusion of discussion questions enables a fully engaged reading experience for both young and old alike.

Samantha Read shares her life-long love of reading at the high schools in Pugwash and Tatamagouche, where she works as a Librarian and adores being called "Miss Read" by the students there. Her and her partner are obsessed with gardening; they grow and preserve all of their own produce during the summer months at their homestead in Westchester Station. This year she is completing a Yoga Teacher Training program, helping her to expand her horizons and move with integrity.