Inside Atlantic Canada’s Most Secretive Family 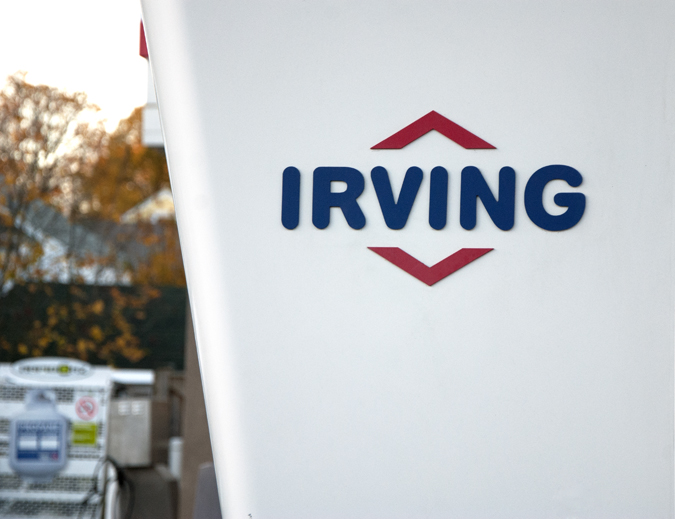 Being a former employee of the Irving media empire gave this journalist a unique view on the powerful family, but only legwork would land him the story

The old billionaire studied me, his eyes twinkling. “You’re a journalist,” he said. “You’ve worked for the company. How do you perceive it, our

“The newspapers, what should they be doing that they’re not doing?” he asked later. “We’ve got to get something out of this.” 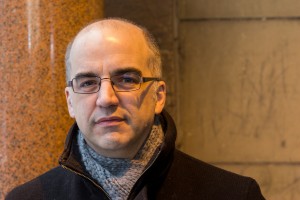 ed, I lamented the decline of long, in-depth serious features, like the ones I wrote when I worked for one of Irving’s newspapers, the Telegraph-Journal, in the 1990s.

I ought to have expected this turning of the tables, because the Irvings don’t like scrutiny. “This is not something we do, interviews on this subject,” J.K.’s son Jim told me at the outset. Indeed, the dilemma is at the very heart of my book, Irving vs. Irving: Canada’s Feuding Billionaires and the Stories They Won’t Tell (Viking Canada): how does the owner of a news company, an enterprise dedicated to revealing facts, allow it to reveal facts about itself – and himself?

The Irving media ownership wouldn’t be so compelling an issue if the family were not also New Brunswick’s biggest private sector employer. The forestry operations employ thousands of people; the oil refinery in Saint John accounts for more than half the dollar value of the province’s exports. Such a large corporate presence certainly warrants journalistic examination, yet the Irvings remain opaque.

Still, a surprising number of people who have worked for, or dealt with, the family were candid and insightful in on-the-record interviews. And many unreported facts hide in plain sight. The thick family court files from the 1980 divorce between Arthur Irving and his first wife, Joan Carlisle, revealed one curiosity: Irving Oil owned many of the items in their home, including paintings, furniture, cars and rugs.

But on the breaking up of the Irving empire, the most consequential business story in New Brunswick in the last decade, first-hand information was hard to come by. Those who knew bits and pieces of the story would only speak anonymously. In Bermuda, a court action to carve up the offshore trust K.C. Irving established in his will was sealed from public view.

There were clues: a spin-off case in Bermuda, a battle between Arthur Irving and his son Kenneth over Arthur’s share of the trust, was available, and told 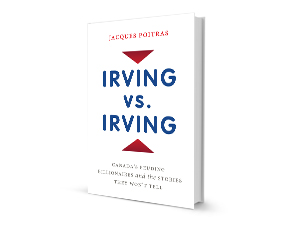 a Shakespearean story of father versus son. New Brunswick’s corporate registry documented the moment in 2005 when Arthur and his brother Jack handed the family newspaper company to their older sibling, J.K., to run on his own. Statistics Canada’s Inter-Corporate Ownership database provided valuable clues on how the industrialists were reorganizing their various subsidiaries.

But the Irvings themselves were not forthcoming on the split. “It’s nobody’s damned business, okay?” J.K. said when I pressed for details, the only time I saw him visibly angry.

His anger passed quickly, and he turned philosophical, talking about how a good newspaper can be a unifying force. “The province requires something to bind it together, you know?” he said. “You can get separated so damn fast in a lot of things.”

When we were finished, I turned off my recorder and gathered my notes. But J.K. had one last thing to add. “You should come back, work for us,” he said, his eyes twinkling again. “Write some of those long, in-depth features.”

And I wondered in passing who was scrutinizing whom.