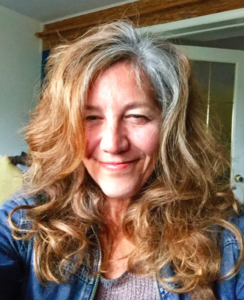 Well. My year as editor sure didn’t finish as expected.

It started well enough. Late 2019, the spring (and my final) issue was well planned, a 64-page testament to authors and Atlantic publishers, packed with as many titles as I could cram in.

January 2020, our writers embraced the magazine issue’s theme, “The Unexpected.”

Early March, I readied to hunker in with our graphic designer to lay out the issue, just like last time.

Except we never did.

The world hit pause. Seemed the theme for the spring magazine was prescient, and we were now living it. The unexpected.

I finished my year, without finishing the magazine, and editor Chris Benjamin returned to make lemonade from the lemon-like reality of most everything on hold, including publishing.

My worldview is and will always will be built by books. I worried for them in the new isolation normal, competing as never before for attention amongst the lure of everything shiny and digital.

I needn’t have. Humans. They’re filled with surprises.

During yet another day of isolation, something simple yet beautiful bloomed amidst the ad nauseum surfing, the online workout blitzes and never-ending binge watching. I have a friend who lives across the country. She’s very sick. I’ve been reading to her aloud every night, via phone, through the words of another. It feels a more intimate way to be with her, when I can’t be with her, than I’ve ever experienced.

I’m not alone. Authors worldwide have taken to reading books aloud, bringing storytelling to ears and eyes en masse, digitally. The pleasure of the story by voice. We forgot, and now we’ve remembered. How unexpected.

Thank you to the Atlantic Books Today team (Alex, Chantelle, Lisa, Chris and the late Hugh Creighton), the many writers and authors who worked with me, the Atlantic Publishers, and to you, most precious of all, the readers. It’s been a wonderful year.