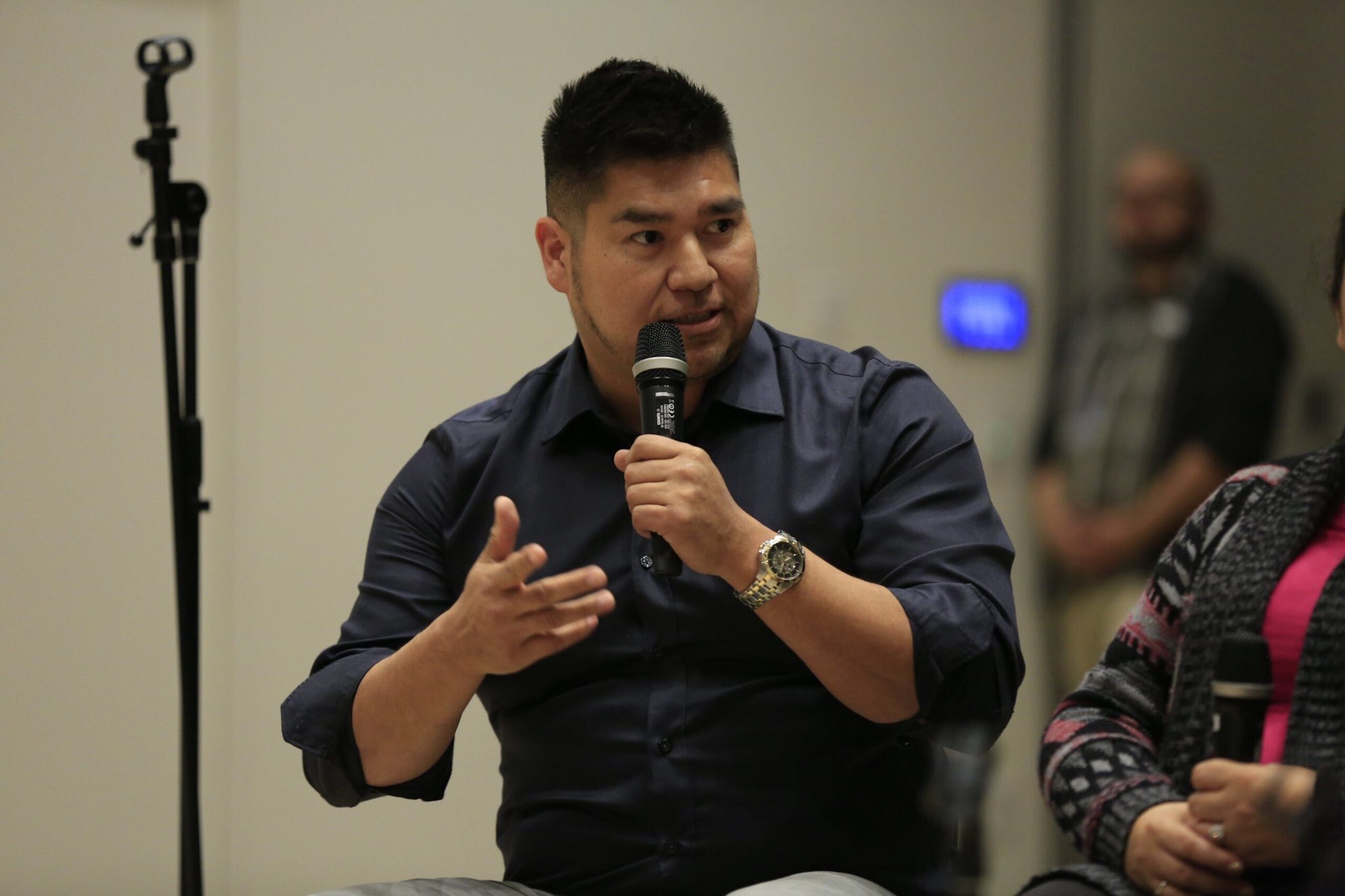 Books written by Indigenous authors—like Thomas King, Lee Maracle, Richard Wagamese and Katherena Vermette—have enriched my understanding of the world and my country. They have showed me people, stories and a worldview that are different from my own.

These books have given me insight by virtue of their indigeneity. Stories written by people from cultures that have been tied to this land for far, far longer than my own show me things settler writers cannot.

One of the first Mi’kmaw writers I remember reading is Daniel Paul. His We Were Not the Savages told a different history from the one I’d learned in history class.

Paul’s book was meticulously researched and presented, a forensic analysis of an all-out assault on Indigenous people, land, language and culture. His research focused on the settler’s written record and was thus impossible for those beholden to such authority to contradict.

All it took was a different writer—a Mi’kmaw writer—to gain a clearer perspective of how the “west was won,” and who paid what price.

Another key piece of nonfiction by a Mi’kmaw author is Isabelle Knockwood’s Out of the Depths, the story of her and her classmates’ experiences at the Shubenacadie Residential School. The book was one of the first exposés on the residential school system.

Knockwood combined archival research with her own, personal story, and those of other survivors. Those firsthand stories helped inspire a movement toward a class-action suit against the federal government and churches, leading to the Truth & Reconciliation Commission. They are crucial, not only to exposing the truth of Canada’s genocide, but also because in telling them survivors take back power over their own story.

In her essay, “Oral Tradition” (in The Mi’kmaq Anthology Volume 2), Mi’kmaw filmmaker and writer Catherine Martin argues for letting Mi’kmaw storytellers “take back their original place of honour and privilege.”

“I am a descendent of a storytelling tradition,” she writes, “…raised to understand life through stories and taught to remember them as they are told to me over and over again.”

Martin learned much working on a film exhibit and book called Let Us Remember the Old Mi’kmaq: Mikwite’imanej Mikmaqi’k, when she interviewed elders about 1930 photographs from their communities. “It was amazing to listen to the elders recall stories about grandparents, great-grandparents, many of whom they had never met, or seen in a photo.”

Stories come in many forms, the oral tradition can translate into film or prose, or poetry. Rita Joe is perhaps Mi’kma’ki’s most celebrated poet. Like Isabelle Knockwood, she was a residential school survivor. One of her most powerful poems, “I Lost My Talk,” deals with the attack on not only her language but her way of conceiving the world:

Fittingly, Rebecca Thomas, a second-generation residential–school survivor, wrote a response poem called “I’m Finding My Talk,” which was released as an illustrated children’s book this past fall. Thomas reflects on learning Mi’kmaw and working through the destructive effects of colonialism.

The effects of colonialism are on brutal display in Haudenosaunee-Cree writer Bernard Assiniwi’s The Beothuk Saga, an epic novel that covers a thousand years of Newfoundland history. Assiniwi, who was a professional ethnologist, painted a portrait of a complex society with religious freedom and no slavery. He drew on his extensive expertise on North American Indigenous cultures to show the story we still don’t teach in our schools, that Indigenous societies were by all accounts far more egalitarian and in fact peaceful than their European counterparts.

A more contemporary novel is Stones and Switches by Mi’kmaw writer Lorne Simon of Elsipogtog. It should be regarded as a classic of Canadian literature, but hardly anyone knows it exists. On the surface, it’s a story of Megwadesk, a fisherman in a slump when his girlfriend is pregnant and wants marry.

Megwadesk struggles with the idea that his slump may not be merely bad luck, that someone is using dark magic against him. We see old and new ways colliding and influencing one another, bubbling to a perfect climax. Mi’kma’ki and Canada lost a budding literary master when Simon died in 1994.

The body of Indigenous literature is wide and growing. Last spring, Labrador Innu writer Elizabeth Penashue released her memoir, Keep the Land Alive, a document of a traditional and changing way of life as well as a personal log of activism. And keep an eye out for To Be A Water Protector, Anishinaabe writer and activist Winona LaDuke’s probing into the New Green Economy concept.

And in Fall 2021, watch for Trevor Sanipass’ Mi’kmaw-English bilingual children’s picture book, Close Encounters (Nimbus), a story about the author’s mother’s close call with an Indian Day School, institutions which survivors say were just as damaging as residential schools.

“I met with Nimbus to share my novel,” Sanipass says, “and I just told them this story about my mom and they were pretty much in tears; they said ‘we want to put this in a storybook.’”

In the 1940s, his mother’s friends came back from school speaking this “foreign language,” English, and wearing uniforms. She wanted in. But her grandfather told her that her mother needed her to help with her younger siblings.

“She speaks very broken English now,” Sanipass says, “but as a result I speak fluent Mi’kmaw. The oral part of the culture is very important. We need more of our people to share their stories.” Sanipass has two other books in progress already.

Indigenous-authored stories from all genres are a gift. Reconciliation calls on settlers—as a first step—to learn about Indigenous histories, cultures and stories. There is much to be gained in the reading.