Home is where the art is for Riel Nason 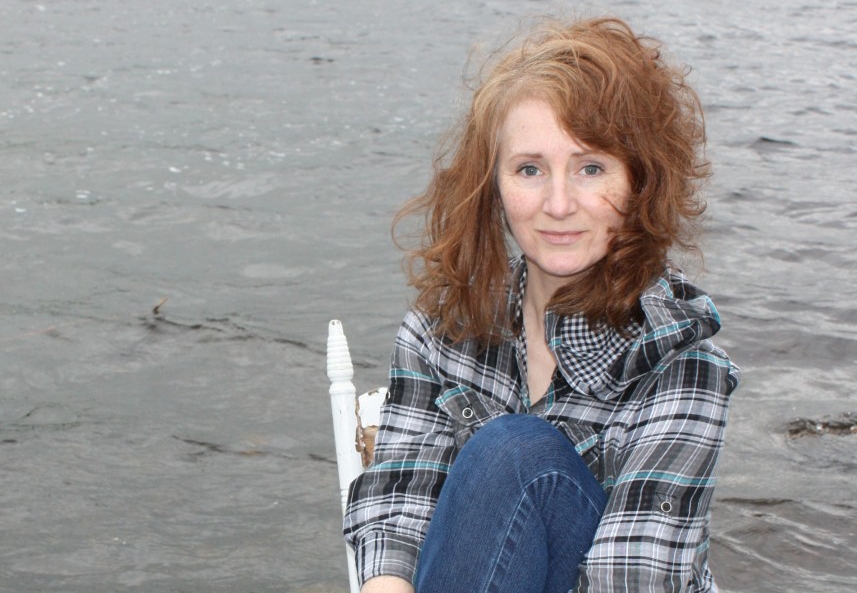 Award-winning author Riel Nason sews up her love of words in the comfort of her family home in Quispamsis, New Brunswick

Riel Nason is equally happy to chat about her absorbing passion for quilt making and about once being an antiques dealer as she is about being a prize-winning novelist.

Sitting at the kitchen table, the heart of the house, we spend a fun, laughter-filled afternoon covering all these topics, finding we have many of these activities in common, including collecting beach stones in Maine, especially heart-shaped ones, and of course talking about writing.

Nason is still basking in the heady spotlight of being a regional winner of the Commonwealth Book Prize for her first novel The Town That Drowned. As the region included the large area of Canada and Europe she has reason to be overjoyed. Adding to her joy she also won the Margaret and John Savage First Book Award and was a finalist for the Canadian Library Association Young Adult Book Award.

It was not surprising to learn this busy, family-oriented, multi-faceted lady does not have a dedicated space where she writes. No quiet, dimly-lit attic, no locked shed at the bottom of the garden. Nason writes wherever she is comfortable, when time and inspiration are hers. Maybe curled up on a couch or a favourite chair with one of her quilts over the back. Another day her sunlit bedroom might be her choice. She writes her first outlines or drafts in longhand, in “any old notebook” she has to hand.

The first three or four pages Nason writes are usually a ‘stream of consciousness’, thoughts, ideas, basic plot. “There are no names for characters at this stage,” Nason explains. “Once I name someone, that’s it.” To begin with there is not a lot of description. “I make notes in the margin about details to be filled in later. Sometimes just ‘describe’ to remind me. I tend to like silly, funny details.”

In another notebook Nason writes down remarks about someone she sees on the street, notices on a walk or remembers from a previous meeting. She makes notes in the margin, marks off a corner of a page with a note to herself. For her next novel, set in the 1970s, she made a list of lots of seventies lifestyles we’ve probably forgotten. ‘Gauchos, Holly Hobbie dolls, men had perms’ are noted.

Once Nason has written three or four pages in a notebook, she sets up her computer on the kitchen table and begins transcribing, filling in background and details and editing.

The kitchen has a big bay window giving lots of light for writing and sewing. Children’s art covers the walls. Nason and her family, husband Shane, seven-year-old Eli—her biggest fan—and Tess, age five, live in a modern home in a wide-open subdivision in Quispamsis, near Saint John. It’s a few minutes walk away from the Kennebecasis River, but she says, despite the theme of The Town That Drowned, water does not play a significant part in her life. “Of course as a child I knew the story of the Mactaquac Dam and peoples homes and barns being destroyed, people being displaced when the town was deliberately flooded.” In fact her parents, both teachers, originally came to the area to teach at the school in Hawkshaw.

Nason’s writing life, beginning with non-fiction, stems from her earlier career as an antiques dealer with a shop in Fredericton. “I pitched the idea of a column to the Telegraph-Journal in Saint John, and I’ve been writing about antiques and collectibles for more than ten years.” Eventually, getting bored with slow sales in winter months, she gave up the shop, though not all her stock. We admire glassware and lamps displayed around her home.

Soon fiction entered her life and her short stories were published in literary journals such as The Antigonish Review, Grain, Room and The Dalhousie Review.

With an agent in Toronto, Nason focused on writing enough short stories to produce a collection. “I understood once you had a book of stories published you were more likely to get a novel accepted,” she says. But the stories didn’t find a publisher. Disappointed with the news, she made a resolve and said to her husband; “I’m going to write that novel that’s been in my mind.”

The Town That Drowned was that novel, taking about eight months to write. Though described as a young adult novel Nason says readers of all ages are complimentary, recognising the community feeling and sense of place she presented. “The approval for writing about such a horrific event is rewarding, it chokes me up.” Choosing a fourteen-year-old protagonist appealed to Nason. “I like that age, they have attitude but are not wrapped up in details when telling a story.”

This leads us to talk about her second novel, currently in its second draft, and still no names. A sneak preview reveals it is set in the same area, on the other side of the river. “It’s an adult novel, a more adult take, focusing on a specific family, though not so traumatic.” Nason admits she is attracted to themes of submersion, of things under the surface. But the new novel will also be ‘quiet’; “no vampires or wars. That’s not me. I write as I write.”

Relaxed, feet on her chair, hugging her knees, Nason uses expressive gestures as she talks. She says winning the Margaret and John Savage First Book Award felt right. “I’d done so much, written so much, I felt I deserved it. I wanted something.”

She is also now relaxed about literary festivals and signings. “The first one in Toronto I was very nervous, so many well-known authors and me.” The novelty has not worn off but now she is looking forward to enjoying the Vancouver International Writers Festival in Vancouver in October.

Not a big reader as a child or teen Nason now reads a lot of Canadian literature; listing all the Lucy Maud stories, Andrew Pyper and Miriam Toews among her favourites. 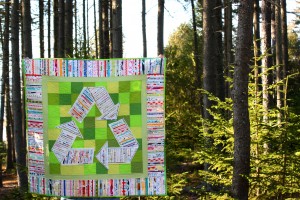 When not writing, life revolves around family activities. “We enjoy nature. I like the New Brunswick countryside and the rivers. We don’t miss restaurants or big concerts.”

And then there are the quilts. Quilts into which she frequently stitches her love of words. From the runner on the kitchen table to quilts in her writing area and on her children’s beds, Nason creates colourful, appealing art from her stash of fabric and remnants. She particularly loves using the selvedge, the outer edge of yardage where you find the name of the pattern, the designer, if the fabric is cotton. More words stitched into art. More art to be read.