#77 Holiday/History Features Inside the Author's Studio , 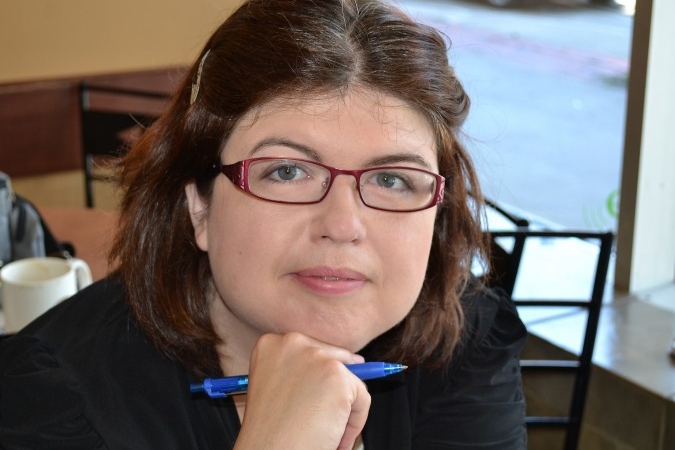 Kathleen Peacock knows how to be alone in a crowd. When she dons her white headphones she shuts out the clanging of the industrial-sized espresso machine at this downtown Fredericton, NB, coffee shop, the baristas calling out orders (“a large americano and a medium macchiato – is that to go or for here?”) and the jarring sounds of metal chairs rudely scraping the tiled floor. With Snow Patrol or Matthew Good playing in her ears, Peacock disappears into another world, one where teenage werewolves struggle to find acceptance in a world that wants them dead, or at the very least quarantined.

Peacock, 35, is the author of the Hemlock trilogy, a series of young adult novels about the deep and complicated bonds between four high school friends, one of whom is dead and the other a werewolf. The third novel in the series, Willowgrove, will be released in January 2015 by Katherine Tegan Books, an imprint of HarperCollins Publishers. Publisher’s Weekly has said Hemlock is “loaded with werewolves both creepy and hot. Mac’s smart and believable voice will leave readers looking forward to more.”

Mac and her friends Amy, Kyle, and Jason were fleshed out in a busy coffee shop just like the one where Peacock sits today, sipping her smoothie (“I don’t actually like coffee”) and poring over her notes. She prefers to work in public spaces, at least when she’s getting started on a book. 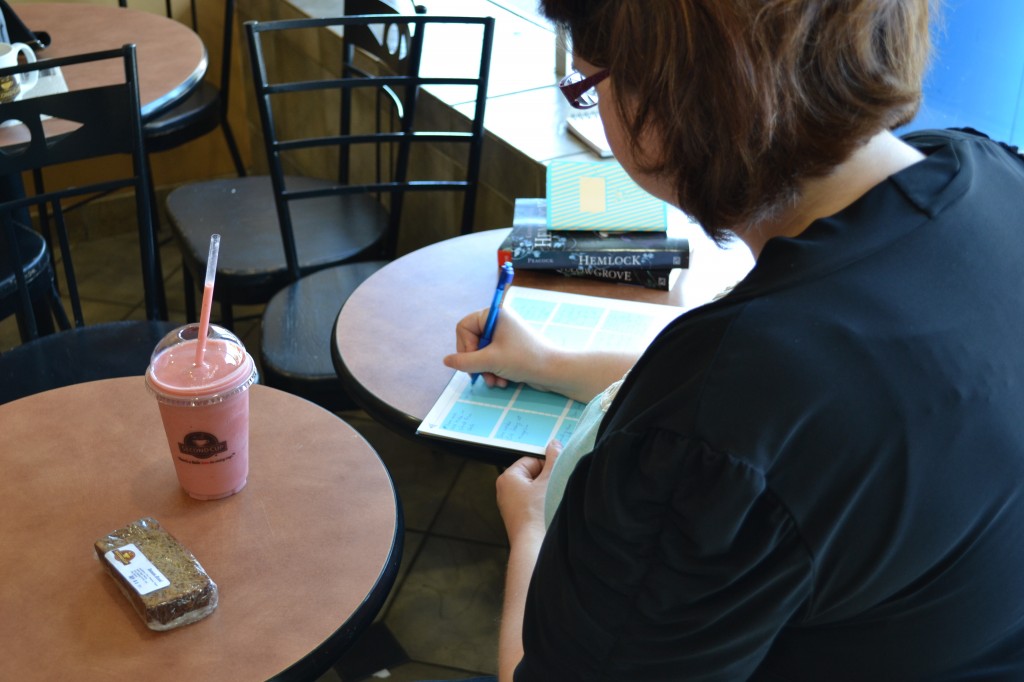 “I’m a big outliner. I used to try and write by winging it and I found that when I wrote by the seat of my pants I tended to forget that stories needed to have a beginning, a middle and an end,” she smiles. “And I found that when I started planning things out it was a lot easier. What I normally end up doing in coffee shops is just taking notebooks and jotting down plot points and ideas.”

Two notebooks are splayed open on the small round table in front of her. One is blue-striped and pocket-sized, for jotting things down on the go. The other is a hardcover spiral-bound notebook, about the size of journal. The pages are littered with colourful sticky notes.

She never knows when an idea will strike. “I’m kind of like a notebook addict,” she says. “I buy notebooks the way other women buy shoes.”

Peacock recently moved to Fredericton, NB, for a new job. She’s now publicity manager at Goose Lane Editions, which is where we met. Originally from Campbellton, NB, she spent about a decade in the IT industry, most of that time in Saint John, working in graphic design. She had always harboured a secret desire to be a writer, a desire fulfilled when her first book, Hemlock, was picked up by a prominent US publisher. She still remembers the day back in 2010 when she called her parents, now living in Bathurst, NB, to give them the news.

“I told my dad and he dropped the phone and I could hear him in the background running to get my mom! They are huge supporters of my writing and have always been.”

That first book turned into a series, now complete. She’s working on her next book, which contains an element of time travel, though has nothing to do with werewolves. Organization will be key to keeping the decades straight when she sits down to write. By then, she says she may have her new apartment unpacked, including the giant white boards, just like in Leonard and Sheldon’s apartment in the “Big Bang Theory,” which happens to be one of her favourite TV shows. “I come from an IT background and I’m a little bit of a geek. I like to see it big on the wall. I’m very visual.”

Once the organization is done Peacock will generally flip open her laptop to start laying down sentences and working through chapters. That work is done largely at home, which is fine with her. She says she doesn’t need a special place to write.

“I look at those pictures you see sometimes of writers’ studios, like Neil Gaiman has his writing gazebo. In theory it’s beautiful but I don’t know how often I would actually use something like that. If money were no object I would probably get some really nice floor-to-ceiling bookshelves and maybe a few more pieces of original artwork, but I can’t see myself building that writing gazebo.”

Colleen Kitts-Goguen's parents used to hide the newspaper. A voracious early reader, the news gave her nightmares. She grew up to be a journalist and CBC Radio host and now her worst nightmare is not having good book to read. She lives in Fredericton.