Healing Laughter: Books that bust our guts and make us feel fine

I started out in stand-up comedy in London, England, in 2004. To this day my mother can’t quite believe that my job is to stand in rooms full of strangers and make them laugh.

I was not an outgoing child growing up. I was never the class clown. I was too shy to speak to other kids in my class.

Nor was I remotely academic or athletic. Most parents can settle for the fact that their un-sporty child is at least good at math, or vice versa. Not mine. I was what my mother recently described as a “triple bill of failure” for them.

Which is my mum using humour to mask what was a very unhappy time for me, and in turn for her and my dad, who loved me and wanted the best for me.

Laughter was the thing we always bonded over. Laughter, which meant respecting the healing powers of the art form of comedy in all its shapes and sizes and creative outputs.

Anything that elicited laughter was something to admire. This took the form of watching Monty Python and John Candy, listening to Robin Williams and Steve Martin records. Laughing uproariously together.

As for more literary forms of humour, I loved my English teacher, Mrs. Murphy, telling me that Chaucer was the original dirty comedian. I revelled in her detailing the meaning behind certain smutty sonnets in The Canterbury Tales.

Comedy in any form was the key to unlocking joy in my otherwise bleak soul and healing me. So it stands to reason that I would wind up pursuing a career that involves bringing laughter to the world, even though I struggle with self-confidence to this day. It is a career that creates huge highs and crushing lows.

Even though laughter may not be the best medicine, it certainly heals some things. For many of us who saw our livelihoods decimated by a global pandemic, it was laugher that saved us.

When March 11, 2020, happened and my industry ground to a halt, I was terrified. I lost upwards of 50 bookings and wondered if I would ever be allowed to pack a few hundred people into a theatre again.

But when companies realized the importance of laughter to the mental and physical health of their staff, they booked me for virtual performances. Performing via Zoom and Teams and Webex and other platforms none of us had heard of but now wished we had shares in. I replaced my love of the sound of laughter with a visual: a small square image showing someone in their home or office laughing at my punchlines.

Book publishers too have cottoned on to the power of laughter. This season sees the release of some of the funniest tomes for eons.

Tracy and Martina (created and played by Justine Williamson and Greg Vardy) are a bona fide East Coast comedy phenomenon whose popularity has exploded in the past 18 months. It has long been said that Cape Breton Island is the origin of many of the greatest-ever East Coast talents and, sure enough, their videos went repeatedly viral on social media last year.

For the uninitiated, Tracy and Martina are two Cape Breton women who love a good time (think a female-duo version of Trailer Park Boys). Their debut book, It’s Tracy & Martina, Hun, will be published by Nimbus this November. From the extracts I have read, it is utterly hysterical, and they skewer the Cape Breton experience with warmth, charm and razor-sharp wit.

Also proudly based on Cape Breton Island (but originally from Montreal) is the queen of East Coast comedic literature, Lesley Crewe. Her critically acclaimed novel, The Spoon Stealer, and her collection of essays and newspaper columns, Are You Kidding Me?! Chronicles of an Ordinary Life, were two of the books that got me through last year. A humorist with an eye for detail, her pithy, witty chapters are reminiscent of David Sedaris but with a Virginia Woolf-esque waspishness and Tina Fey’s love of life. 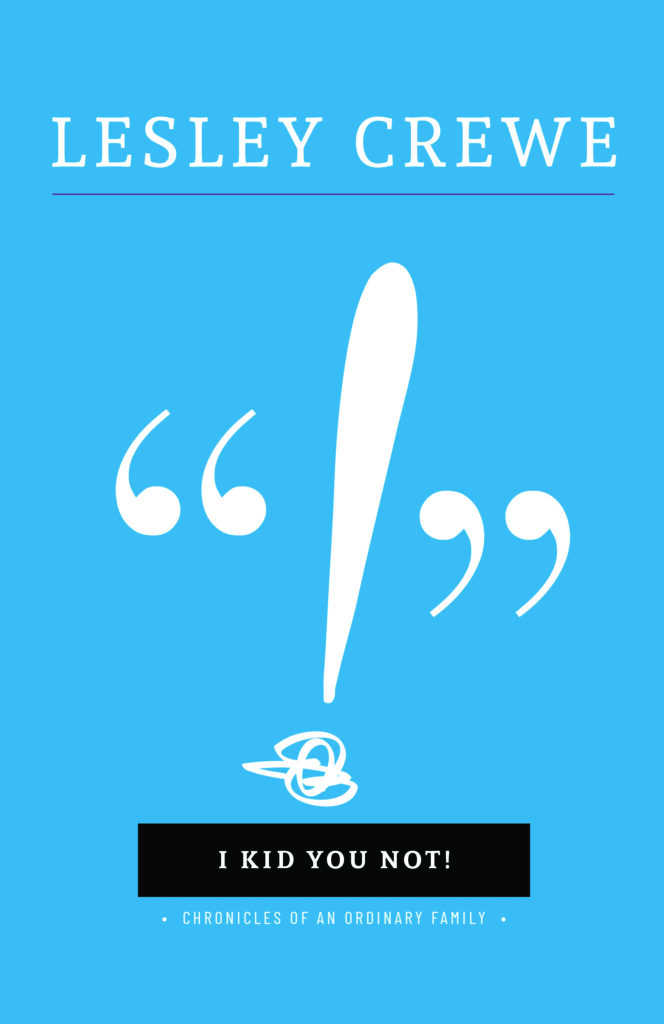 She opens her latest, I Kid You Not! Chronicles of An Ordinary Family, with a hysterically funny scene from lockdown that will be familiar to anyone who lived through 2020. She covers everything from bees to grief, healing to joy. She even reveals how to write a novel in 30 days.

As ever, this collection is joy-filled and funny, while also delivering truths such as:

“A spoonful of kindness can not only be comforting, but life-saving in times like these.”

Crewe also boasts a unique ability to take a hackneyed topic such as the differences between men and women and make it fresh and alive:

Crewe will clear your head of stress as you bathe in her literary goodness.

Clear heads were in woeful abandon last year, but I can tell you that it is a misconception that comedians want audiences to be light-headed. Happy and lively, yes, but we want you clear-minded enough to enjoy the routines. 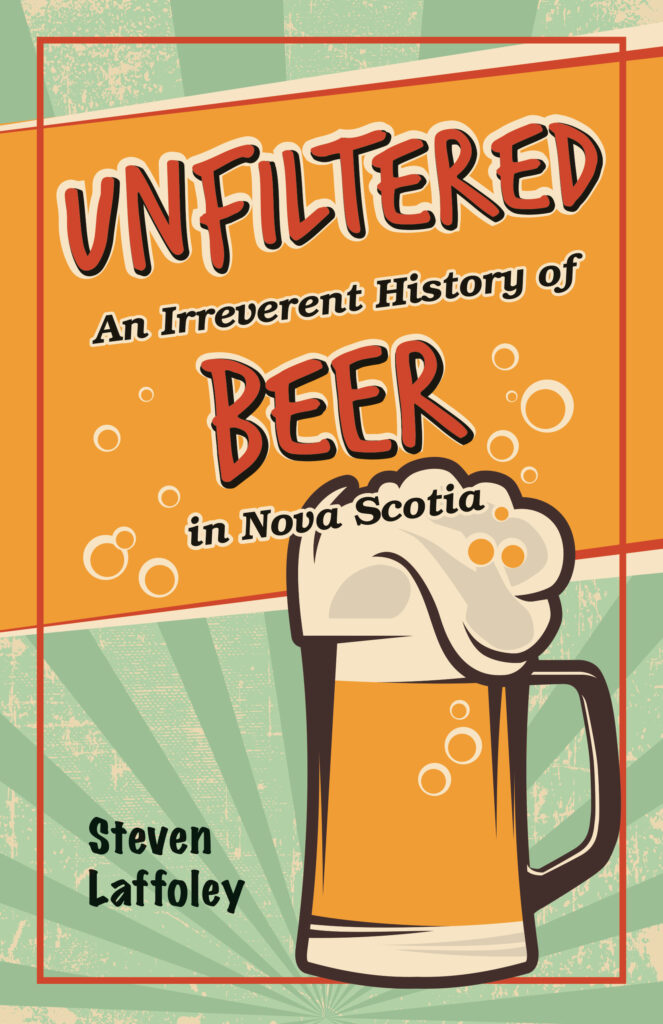 Drunks don’t laugh. They shout. Comics love laughs, but hate shouting (unless it is we who are shouting). East Coast humour and alcohol often play a dual role though, and that connection is never more apparent than in Steven Laffoley’s Unfiltered: An Irreverent History of Beer in Nova Scotia. It opens with a quote from Irish poet Brendan Behan: “Actually, I’m a drinker with a writing problem.”

Laffoley skillfully uses humour to offer well-researched, journalistically precise and beautifully written insights into how Nova Scotia’s booming beer scene came to be. My favourite segment details how, in the 1980s, it was British beer that inspired the Nova Scotia ales we all love so much today. 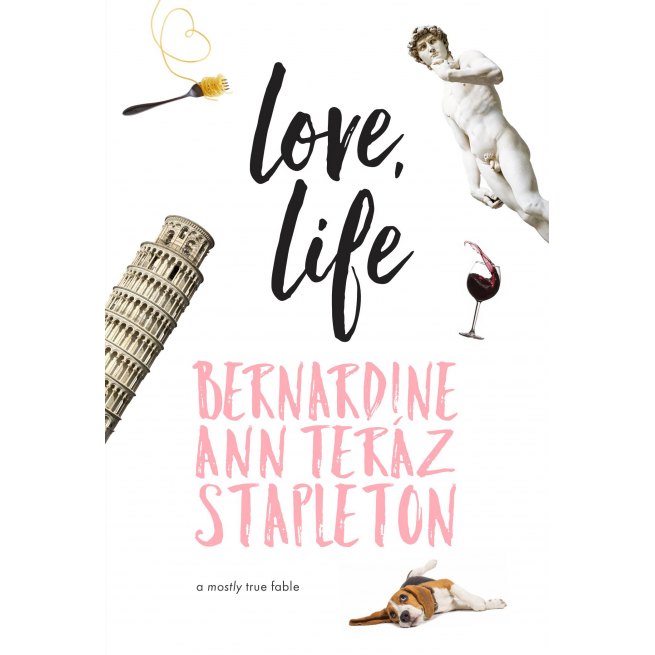 As someone who left Europe (as England was then) and moved to Atlantic Canada, I took great delight in the fish-out-of-water story of a Newfoundlander in Italy, entitled love, life, by Bernardine Ann Teraz Stapleton. But it’s her insights into weight loss that many of us will relate to after months of lockdown. Paragraphs of side-splitting gags about the pros and cons of Weight Watchers and Jenny Craig are followed up with insightful lines such as, “Self-hatred makes you invisible to your own self.”

Injecting thoughtfulness into comedy is a powerful tool. Thinking while laughing makes it even more special, and my virtual shows are as much inspirational speech as they are stand-up routines. 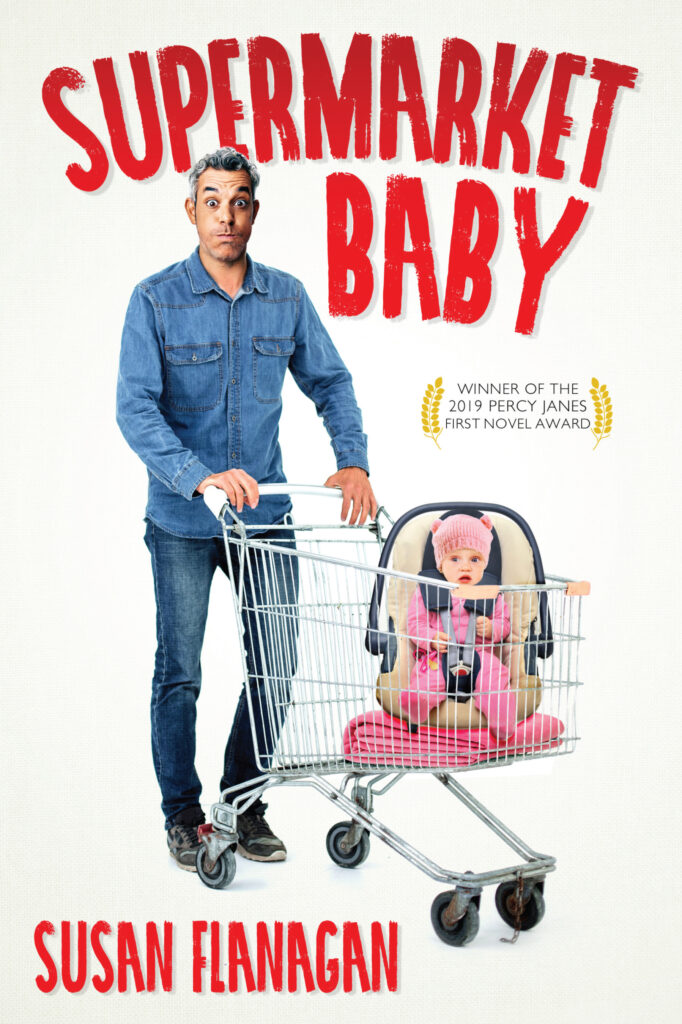 Susan Flanagan understands this better than most of us. She has worked as a freelance journalist in St. John’s for more than 30 years, but her first novel, Supermarket Baby, is so crammed with vivid scenes and gags that it has led some admirers to assume she had a background is sketch-comedy performance. Her protagonist, the magnificently named Henry Puddester, sees his life go off the rails in a hilariously and absurdly terrifying way after he accidentally steals a baby from a grocery store.These wonderful books may not constitute medicine, but they do have healing powers. Trust me, I’m a professional (comedian) who was forced off the road and unable to do the job he loves for 18 months. But reading these five books kept me sane and happy during this time. I hope they do the same for you.

James Mullinger is a British-born writer and comedian, based in Rothesay, New Brunswick. Watch for his memoir-travelogue Brit Happens, published by Goose Lane Editions.