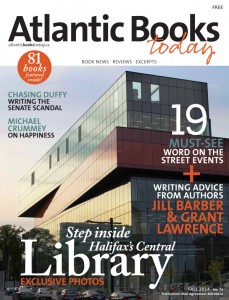 Watch for the Fall issue of Atlantic Books Today in newspapers, and at bookstores, libraries and cafes in September.

In July, Atlantic Books Today was invited to tour the new Halifax Central Library while it was under construction. Our designer, Joseph Muise, shot the exclusive photos below. Click on any image to enlarge it and pick up the Fall issue in September for more photos.

There’s a state-of-the-art structure nearing completion in the heart of historic downtown Halifax. The new Halifax Central Library is an impressive five-storey building that can’t be missed. Rightly named as one of CNN Style’s “10 eye-popping new buildings you’ll see in 2014,” the design features a glass façade and an impressive cantilever—the overhanging structure jutting off the rooftop—offering expansive views of the city.

“Central Library is really the hub of our library system and it’s a place for us to congregate some of our resources in one place for the betterment of our entire system,” says Bruce Gorman, Central Library and Regional Services director for Halifax Public Libraries.

The Regional Services department currently scatters its resources across the 14-branch library system, says Gorman. “Now my entire team will be in the new facility. We can really leverage being together to help create better programming and services not only for Metro, but for the entire region.” 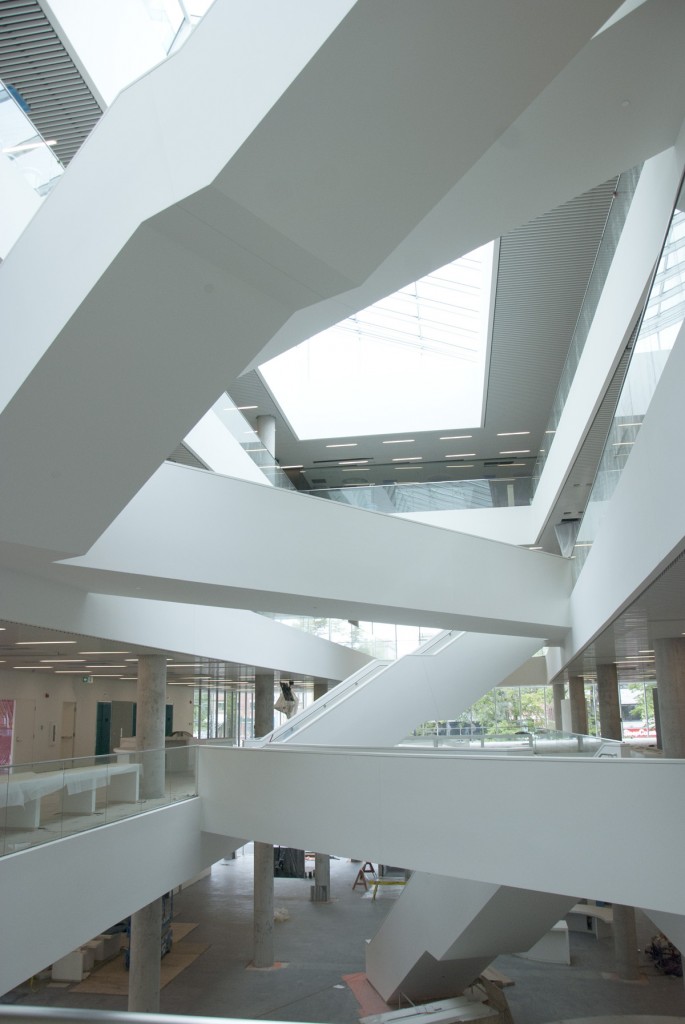 A second, tangible example is the library’s materials collection, which will grow by 50-60 per cent, and will be accessible throughout the entire library system. The way the collection is handled has been updated dramatically too.

Those familiar bar code tags on all the books have been changed to radio frequency tags, which are readable without line of sight and don’t need to be passed over a scanner one at a time, meaning books can be checked in and out much faster. “That also allowed us to put in what we call automated material handling, which is a bunch of conveyor belts and devices that sort materials for us,” says Gorman. This means library staff spend less time sorting and more time with the public. Plus, it allows books to move through the system faster and reach customers sooner.

At 129,000-sq.-ft., the building is more than 200 per cent larger than its predecessor. Gorman says more space means more unique ways to engage with the library. “The public consultation we did drove what people wanted to see in the space, whether it was reflective of how that would affect their lives in Hubbards or how that would affect their lives in the urban core.”

Councillor Waye Mason, of Halifax’s Peninsula South-Downtown district, believes the five public consultations held for Haligonians were important. “It’s the first time the city has done this to this degree for a civic project,” says Mason. “Members of public were able to voice their values and these values were incorporated into the project. It gave the public ownership over the building. That’s a milestone for Halifax. Look what happens when you engage the public.” 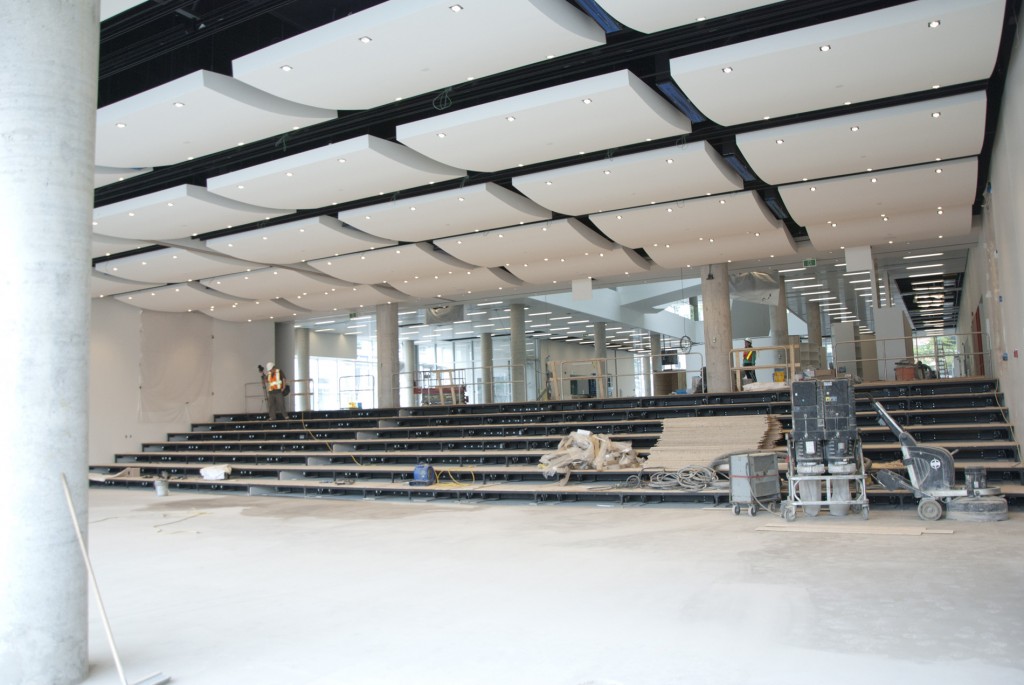 Paul O’Regan Hall, a cushion-lined bench-style reading area by day, state-of-the-art performance venue by night, features roll away theatre-seating for 300 that stows inside the benches.

For Terrilee Bulger, general manager of Nimbus Publishing, the biggest advantage of the new Central Library is its function as a versatile event venue and the opportunities it will bring, especially with the new performance space: Paul O’Regan Hall.

“It’s definitely one of our highlight spaces,” says Gorman. The 300-seat auditorium on the main floor is a flexible space that converts to an open reading area by day where users can relax with a book and enjoy the view over the back plaza.

The new library also offers Bulger and her authors more space to meet with readers. “It’s an anchor to the book culture community that we haven’t had before,” she says. “The exposure will be great, it’s a big library and it’s causing a lot of excitement. People who don’t normally go to the library will be checking it out and will see our books, and I think this will happen for years to come. It’s great to see progressive thinking like this in Halifax.” 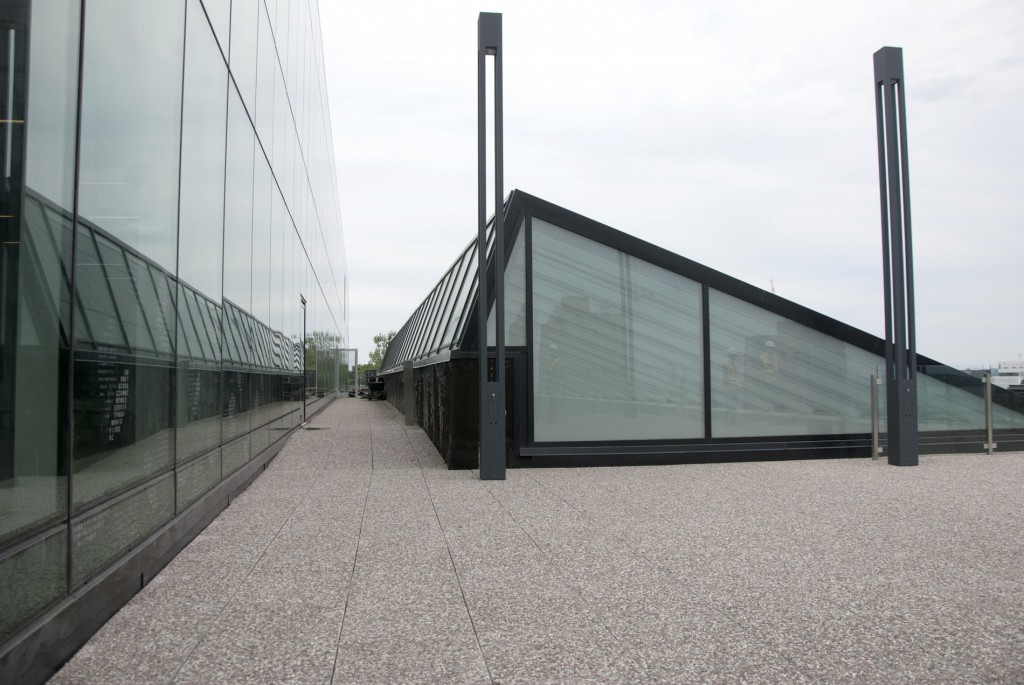 Some other unique services and features of the new space are what Gorman refers to as ‘flexible’ and ‘future-proof’. “We’ve created environments where you can make the space you want,” he says. “This is really driven by our public consultation.”

There will be two cafés run by the library’s new coffee partner, Pavia, who currently operates a location in Herring Cove. “Coming into the library and having a latte or a quick sandwich is part of the experience people wanted,” Gorman says. Likewise, the large computer island users will encounter when they enter the library was something that came up in public consultations. “If people want to run in and print off a resume or check their email they can do that quickly.”

Another request that Gorman says came “loud and clear” from the public was the large creative lab and soundproof media studios where users can make and record music. These extras, he says, don’t take the place of the features users traditionally associate with libraries, they augment them. One example is the meeting rooms that share space on the reference library floor. “We have 14 meeting rooms. Having places where people can get together for community or business meetings and library programming was really important to the community.” 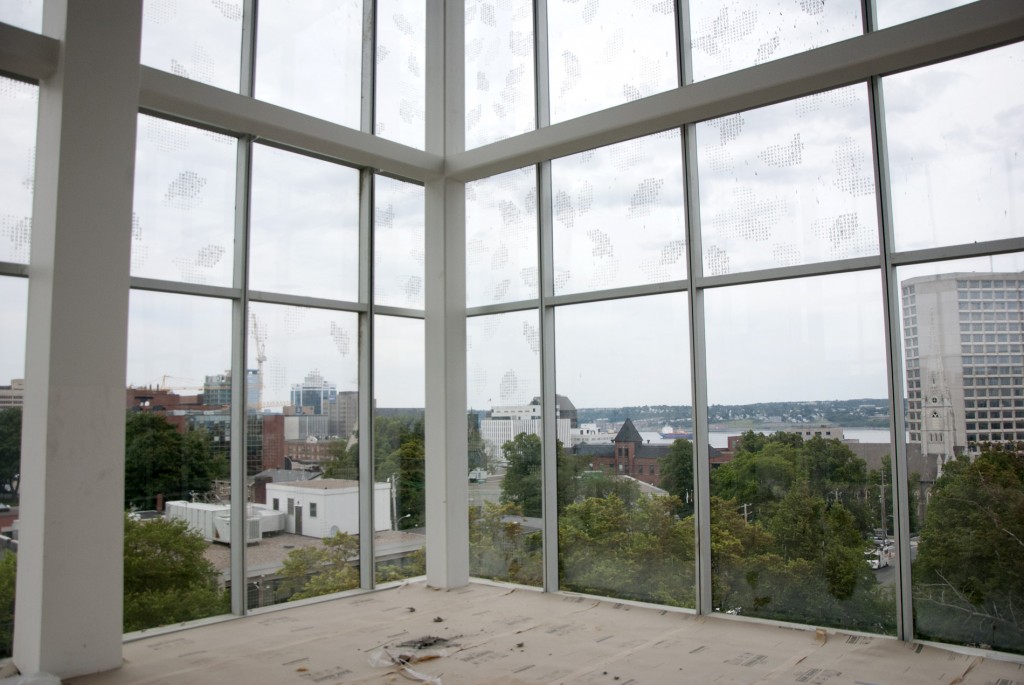 Metro’s best views are free for all visitors to the Halifax Living Room. On clear days library patrons will be able to see all the way across the harbour from this top-floor vantage point.

The third floor holds learning labs. Says Gorman, “English Language Learning and literacy are a really important part of what we do, helping new Canadians to integrate into our country and helping folks with literacy needs.” In 2012-13 the library saw an increase in demand for all literacy programs and a 10 per cent rise for adult programs. “We have these spaces in other public libraries but they’re very small. This space is really designed for learning,” Gorman explains

The top floor of the Halifax Central Library will be known as the Halifax Living Room, with a cantilevered view overlooking Spring Garden Road. “We’ll have some great soft seating. It’s a place to go for expansive views and sit, relax and enjoy beautiful space that not necessarily everyone gets to take advantage of.”

The fifth floor also boasts a patio. Customers can grab a coffee from the second Pavia café, use the free wireless internet on the deck or just gaze out over the harbour. “These are the kind of things that people don’t necessarily expect when they walk into a library but these are the things that people have said they want in our city,” says Gorman.

Mason says projections show the new library will draw 1.5 million visitors to Spring Garden Road area per year. “While we are investing heavily in downtown, having a non-commercial reason to come downtown will be a huge draw,” he says. “To have this internationally renowned building with its striking architecture is a bold statement for our city.” 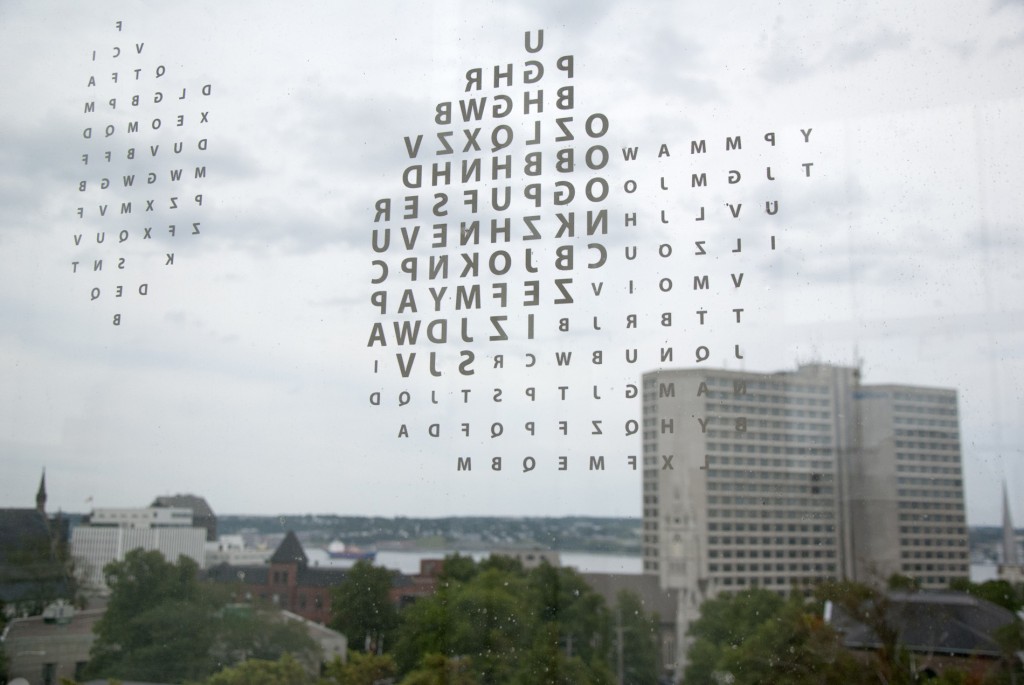 The new Central Library meets community needs visually too. “It’s interesting, it reflects the city we want to be, but it’s not a faux-Victorian, faux-heritage building,” says Mason. “It doesn’t go into the view plains of Citadel Hill and it fits in with Spring Garden Road. It’s all glass, with interesting angles, and yet its not imposing on the buildings around it. It’s good for Halifax to see some modern, challenging architecture.”

The Central Library is aiming for Leadership in Energy and Environmental Design (LEED) Gold Status, a lengthy process that likely won’t be realized for years. “We have a green roof that abates the heat island effect, which warms buildings. We’re making our environment as sustainable as it can be.” From the water diversion on the roof that will supply grey water toilets to electric car charging stations and bike racks in the parking garage, the library is well on its way to becoming one of the city’s greenest spaces.

“Libraries are most definitely about books, but ours is evolving to integrate into a society that’s changing quickly,” says Gorman. “People need social spaces to make their own, but in many growing cities around the world these types of government sponsored social spaces are closing up. At this new Central Library, our methodology of creating gathering spaces is strong and I think that’s really how we’ve evolved.”

The new Central Halifax Library, both impressive and progressive, does sound futuristic, with plentiful technology, eco-friendly add-ons and conveyor belts whisking books throughout the building, but this high-tech library is no dream of the future. Doors are scheduled to open later this year.

Heather Fegan recently left her full-time position with Atlantic Books Today to stay home with her daughter and work as a freelance writer and blogger based in Halifax, Nova Scotia. Follow her chronicles at heatherfegan.com.