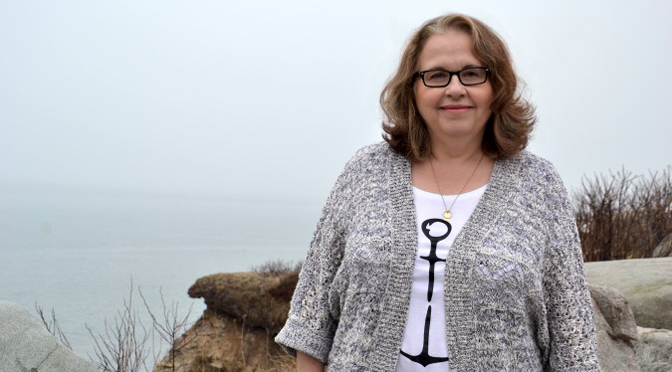 We asked Lesley Crewe to share five things she learned while turning her novel, Relative Happiness, into a movie

1. Always answer “yes”, when someone calls you out of the blue and asks if you own the movie rights to your novel. The only reason I did, is because Jane Buss of the Writer’s Federation of Nova Scotia told me it was absolutely necessary, and I was not to sign a book contract without it. I was anxious to sign any book contract, and did it really matter if I had sole ownership of film rights? I mean it wasn’t like my novel would be made into a movie. That was ludicrous. It was my first book. Who the heck would want it? Turns out someone did. And because I listened to Jane’s advice, I didn’t have to share my movie earnings with anyone other than my agent.

2. Always answer “yes”, when someone asks you if you’d like to write a screenplay of your novel. It’s unlikely that anyone will ask you, but if they do, go ahead. What could go wrong? The fact that I didn’t know how to write a screenplay didn’t enter into it. The producer said he would get someone to help me. Enter Shandi Mitchell, a brilliant novelist, Under This Unbroken Sky and filmmaker, The Disappeared.

I spent the most intense three days of my life in her private shed/studio overlooking the water. I wasn’t allowed to look at the water, however, only the cork board where we would pin up index cards with scenes written on them. That way they could be moved around and you could see the movie in front of you. At times those index cards made their way onto the floor and we’d walk around them, like Churchill studying Allied maps. On top of which I had to learn how to use the computer program Final Draft. I also had to read Save The Cat! The Last Book On Screenwriting That You’ll Ever Need. Didn’t read any more books after that.

3. You write a novel alone. You write a film by committee. It’s daunting, but at least you’re in the life-raft with a whole group of people. They will come to your rescue when you need them. And eventually the movie producers and co-writers and director take over and you can throw your script at them and say, “Have at it!” because by this point you’re ready to slit your own throat.

4. Patience is virtue. It was nine years from that phone call to sitting in the theatre with a bag of popcorn watching my name as the credits rolled. People think these things happen spontaneously, but it’s long, long, years of “maybe it’s going to happen”, or “it’s not happening”, or “maybe next spring”. Film people seem to be okay with this. It’s almost expected.

5. Don’t be afraid to let someone else tell your story in another way. You already wrote the book. You don’t need to prove yourself. Having a character I made up in my head give me a bear hug on the movie set was startling and satisfying! As the movie people keep telling me, a film is based on the book, it’s not the book. It’s a whole different animal. Let it go and see what happens. If it’s a big flop you can blame them. What do you know about movies? But, if it’s a hit, you can take the credit.

Lesley Crewe is the author of Kin, Her Mother's Daughter, Hit and Mrs., Ava Comes Home, Shoot Me, and Relative Happiness, which was shortlisted for the Margaret and John Savage First Book Award. Previously a freelance writer and columnist for Cape Bretoner magazine, she currently writes a column for Cahoots online magazine. Born in Montreal, Lesley lives in Homeville, Nova Scotia.