The first of a new trilogy by David Adams Richards 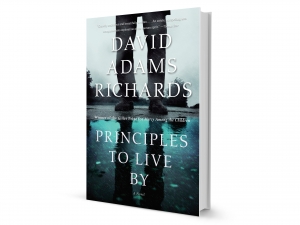 I always settle down to read David Adams Richards with trepidation. I admire his work but I know I’ll witness bad things, really bad things, happening to good people. And they do in Principles To Live By, his latest novel.

Detective John Delano, a modern Sherlock Holmes, solves crimes with a dearth of clues. His theories regarding a cold case, however, may cause problems for people capable of ruining his life. The “system” failed a young boy, as it often does the poor, the mentally ill and the vulnerable, and Delano strives to make it right.

What happens to innocent people here is hard to read. But Richards is both moral and wise, and knows that life is complicated yet simple. So some who do harm are punished, and many of the harmed survive. Principles To Live By is the first in a trilogy; I wait with eager trepidation for the next instalment.