The three finalists are:

Books in any genre published in 2014 were eligible for the award. A total of 26 works by Newfoundland and Labrador authors (either native-born or resident) were submitted by publishers from across the country. The jury consisted of Mark Callanan, John Crosbie, and Marie Wadden.

The Winterset Award honours the memory of Sandra Fraser Gwyn, St. John’s-born social historian, prize-winning author, and passionate promoter of Newfoundland and Labrador arts. Her husband, journalist and author Richard Gwyn established the award in 2000, which is managed by the NLAC. It’s named after the historic house on Winter Avenue in St. John’s where Sandra grew up.

Finalists will read from their works and answer questions from the audience at a public reading and reception: 7 p.m. Wednesday, March 25, at The Rooms (in the Theatre), 9 Bonaventure Avenue in St. John’s. 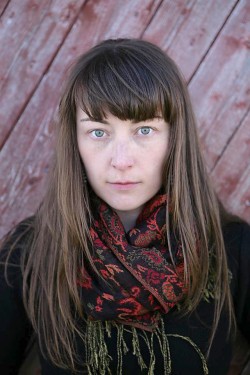 Megan Gail Coles is a graduate of Memorial University of Newfoundland and the National Theatre School of Canada. She is co‐founder and co‐artistic director of Poverty Cove Theatre Company. Megan is currently working on a trilogy of plays examining resource exploitation in Newfoundland and Labrador titled The Driftwood Trilogy: Falling Trees, Building Houses, and Wasting Paper. She is a member of the Writers’ Alliance of Newfoundland and Labrador, Playwrights Guild of Canada, Playwrights’ Atlantic Resource Centre (NL Rep) and Playwrights’ Workshop Montreal. Her completed plays include Our Eliza (Playwrights’ Canada Press & Breakwater Books) and The Battery and Bound. She won the 2013 Rhonda Payne Theatre Award that acknowledges emerging talents of women in theatre. Megan is originally from Savage Cove on the Great Northern Peninsula of Newfoundland. She currently resides in St. John’s where she works at Breakwater Books Ltd. Eating Habits of the Chronically Lonesome is Megan’s first fiction publication.

Michael Crummey was born in Buchans, NL and is the author of four books of poetry and a book of short stories, Flesh and Blood. His second book of poetry inspired by his father and other relatives, Hard Light, was adapted to a documentary film directed by Justin Simms, produced for the NFB in 2011. His first novel, River Thieves, was a finalist for the 2001 Giller Prize and won the Thomas Head Raddall Award and the 2001 BMO Winterset Award. The Wreckage was a national bestseller and a finalist for the Rogers Writers’ Trust Fiction Prize. Galore won the 2010 Commonwealth Writers’ Prize for Best Novel (Canada and Caribbean) and was a finalist for the Governor General’s Literary Awards. Michael lives in St. John’s, NL. 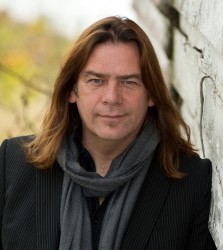 Alan Doyle is a Canadian musician and actor, best known as a lead singer in the Canadian folk‐rock band Great Big Sea. He has appeared in films such as Robin Hood (2010) and Winter’s Tale (2014) as well as in the TV series Republic of Doyle.  Alan was involved with composing the score for Young Triffie’s Been Made Away With, and his music was used in the “Law and Order” series and CBC’s “Hatching, Matching, and Dispatching”. In 2011 Alan worked with Russell Crowe to release The Crowe/Doyle Songbook Vol.III with 9 songs in both an acoustic demo and finished format, for 18 tracks total. In 2012 Doyle released his first solo album, Boy on Bridge, which made the top twenty on the Canadian Albums chart. His follow up solo record, So Let’s Go, was just released in January 2015. This is Alan’s debut publication and he lives in St. John’s, NL.