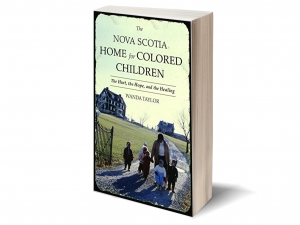 As a social worker and educator, and as a person with relatives and friends who are former residents, Wanda Lauren Taylor is well positioned to write The Nova Scotia Home for Colored Children: The Hurt, the Hope, and the Healing.

For the most part, she focuses on the stories of a few survivors who lived at the Home in different decades up until the 1980s. They share scarring stories of neglect, abuse (emotional, physical and sexual), overcrowding, being torn apart from siblings and forced into unpaid labour,  in some cases prostitution. Some residents were impregnated by abusive staff persons and then had their children taken away.

The stories of a few stand in for words repeated by so many that the Province of Nova Scotia was forced to issue an apology statement, settle a class-action suit and now, hold an official inquiry into the home.

Taylor briefly touches on the founders’ initial good intentions in the context of a racist Province that would not provide care for Black children, as well as the ongoing drastic under-investment and lack of scrutiny paid the Home and its wards for decades.

She provides a deft, honest yet sensitive touch to difficult subject matter and closes with a tone of optimism for the healing of those who suffered, and of an improving childcare system.

Not a book for the faint of heart, but an important take on our shared history that puts human faces to the victims of racism in Nova Scotia.

The Nova Scotia Home for Colored Children: The Hurt, the Hope, and the Healing
by Wanda Lauren Taylor
$17.95, paperback, 184 pp.
Nimbus Publishing, 2015