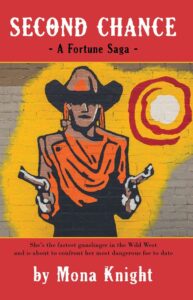 It were a long journey home, and a slow, cold spring for travellin’. We come all the way from Fort William, up on the big lake in Canada, the Sugarman and me. I never thought that horse would make such a good traveller but he did just fine. We crossed theGreat Plains, the Red River and were headed for the Missouri, trailin’ a mule named Gabriel along behind us who carried our extra gear. Gabe was a gift from Henri and Bibiane when I departed Fort William.

It were some troubled times when I left Banjo Flats last fall and headed north. I had a need to learn somethin’ about my own family. Fort William is where pa and me set out from all those years ago. But all I found was a cold-stone graveyard with names I barely recognized. So now we was headed back.

When we come to the river crossin’ at the Big Muddy, as the Missouri is widely known, there were a large gatherin’ of folks, animals, carts, horsemen and cattle, and a lot of confusion in theair. We pulled up there to wait our turn where the ferry would cross over.

“Better stand down, lady,” the ferryman told me. “It’s gonna take a while to straighten out this mess.”

Turns out a big steamboat had got herself stuck on the mud flats and had to be towed off before the ferry could cross. It werea good chance to take a break, so I staked my horse and mule a good way off to the side where they could graze a bit and wentto have a look at what all the commotion was about. It weren’t just about the stranded steamer. The buildin’ of the railroad had been shut down and there was lots of folks mighty upset about that.

I did not care much about the railroad and I wandered on through the crowd to see what else were goin’ on. Hawkers and peddlers and the like was takin’ the opportunity to sell their goods, and the place already had the look of a makeshift market about it.

Suddenly, I was accosted by a thin man in a slick brown suit who shoved his face right up close to mine. He smelled sweet like he was wearin’ perfume. He had a young man behind him whose hands was tied and he were bein’ led by a rope round his neck.

“You look like you could use some assistance, ma’am,” the man in the brown suit said, doffin’ his hat. “I have just the thing.” He jerked the youngster forward, holdin’ the rope tight around the boy’s neck. “He owes me but I will sell him to youfor the amount of his debt and you can do with him whateveryou please.”

I looked the pair of them over and felt my temper risin’ at the thought of one man tryin’ to sell another.

“Oh, he don’t look like much, ma’am, but he’ll do anything you ask of him. Won’t you boy?” He yanked on the boy’s noosenearly bringin’ him to his knees. “Why, you could probably have a good bit of fun with him in your bed if you wanted.”

I grabbed the rope from the man’s hand and helped steady the younger one as he stumbled to keep his feet.

“You can’t sell another human bein’. Or maybe you ain’t heard they made a law against that,” I said, tryin’ to keep myvoice level.

I turned to take the rope off the boy’s neck when the man in the suit grabbed hold of my shoulder.

“You gotta pay first, lady. You can’t just take him!”

I reached up and grabbed hold of the man’s hand, spinnin’ him around. Then I wrenched his arm hard up into his back.

“Get your hands off of me, you piece of dog shit!”

I give him a push and he stumbled forward. I pulled my pistol and levelled it at him.

The boy took hold of my arm then. “It’s okay, ma’am. It was only a game,” he pleaded. “I ain’t really his prisoner. You don’thave to shoot nobody. We was just foolin’ around tryin’ to makea bit of money for the ferry boat.”

I looked back at the man in the slick suit. He held his arms out wide showin’ he had no weapon.

“The boy’s telling the truth ma’am. We was just trying to earn a ticket for the boat.” Then he flashed a wide smile at me, revealin’ a large gold tooth that gleamed in the sunlight from under his grey moustache.

The sight of that gold tooth shocked me, for I knew another man, years ago, that had a gold tooth just like that. I remembered his laughter, and what happened after. It were somethin’ I did not wish to recall. Unnerved, I hurried away while the man continued to call after me.

“We was just playing a game is all.”

But that gold tooth were already stuck in my brain. I tried to banish the image of it and at the first makeshift bar I come to, I stopped and bought a bottle of whisky. I found my way back to my animals and lay down in the grass and got myself almighty drunk.

When I awoke sometime later, it were dark and I were soaked to the skin. In my drunken state I did not even notice that a cold rain had fallen. My belly were empty, but I puked up a bunch of times anyway. My head felt like it were gonna explode. The rain had stopped at least and my horse and mule was still with me, standin’ nearby with their heads hung down. I stumbled over the empty whiskey bottle when I finally got to my feet, and then I remembered the man with the gold tooth. Was I never gonna be free of him?

The ferryboat was runnin’ again and the steamboat had disappeared. I gathered up my belongin’s and led my animals on-board. Across the other side I mounted up and turned the Sugarman’s head south once more.