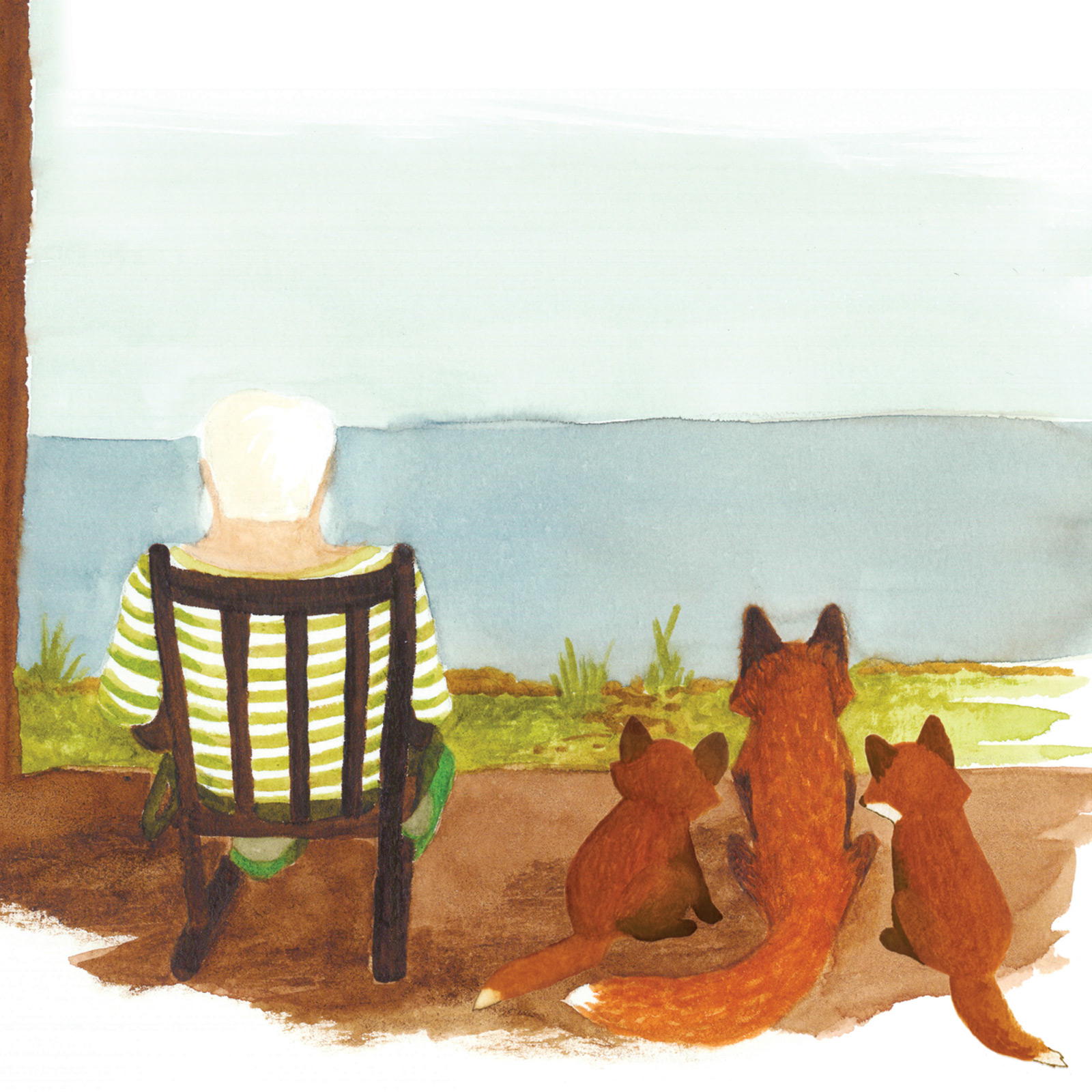 In 2015-2016, the Canada Council for the Arts subsidized160 translations and a small number of other translations are published in Canada. Over time, more publishers have become involved in translation and the selection of books has changed: in the 1960s and 70s, more books were translated from French to English; later, nearly twice as many English books, especially non-fiction and bestsellers, were translated in Québec; now the English to French ratio is about 2:3.

Through it all, few Atlantic Canadian English-speaking writers–even fewer poets and children’s writers–have had their books translated. Translations of New Brunswick’s Acadian literature, in particular books by the iconic Antonine Maillet and Herménégilde Chiasson, have tipped the balance towards English translations, thanks in great part to Goose Lane’s commitment to providing Anglophone readers with an opportunity to know Acadie’s culture and literature.

Recently, two Atlantic publishers, Bouton d’or Acadie and Nimbus Publishing, have shown an exciting interest in publishing translations, companion volumes and bilingual/trilingual texts of some of Atlantic Canada’s finest children’s writing. These efforts to reach readers in French and English—and sometimes Mi’kmaw and other languages—are to be applauded.

Since 1990, the annual Éloize awards honour Acadian artists in several categories. In 2016, the Éloize prize for Support for Arts Production went to Bouton d’or Acadie, the only francophone publishing house in Canada entirely dedicated to children’s literature. The award recognized Bouton d’or’s innovative and dynamic contribution to literature and to the careers of its authors and illustrators. The quality of Bouton d’or Acadie’s publications is exceptional. Among its distinctions is the “Wabanaki” collection of picture books with French, English and Mi’kmaw text, based on First Nations stories. Another book includes a text in French, English and Spanish. 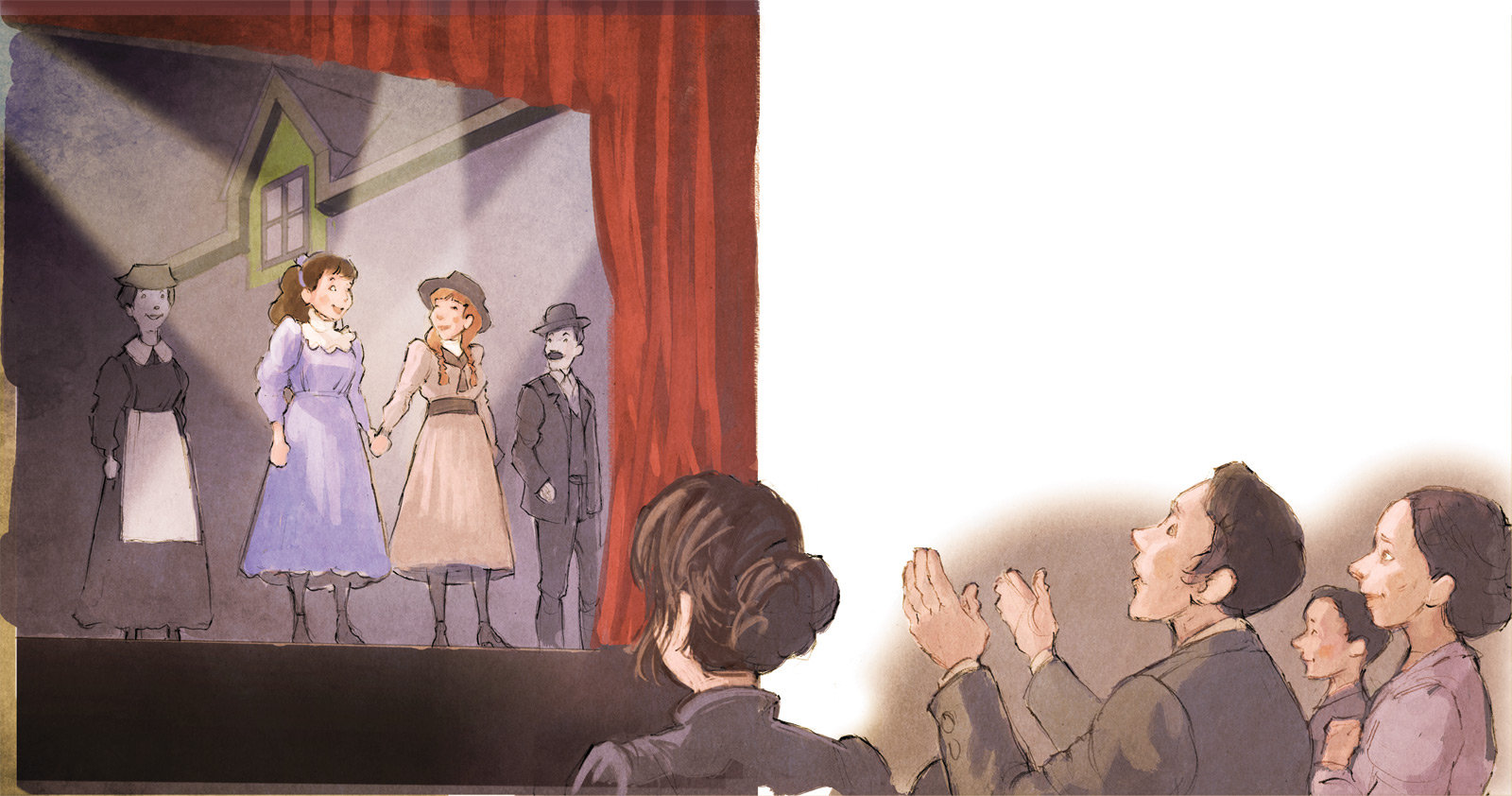 Written by Michel Bourque and illustrated by Jean-Luc Trudel, Rideau rouge et pignons verts: L’Histoire vraie de Gracie et Glenda and Meet Me at Green Gables: The True Story of Gracie & Glenda, are brand new publications by Bouton d’or Acadie. Michel Bourque, who grew up in Cocagne and now lives in Charlottetown, shares the delightful story of Gracie Finley and Glenda Landry, two girls from PEI who take dance classes and singing lessons and dream of performing on a real stage. When a big new theatre is built in Charlottetown Gracie and Glenda, who have not yet met, each imagine the shows they will be able to see. They are invited to audition for Anne of Green Gables and are cast in the roles of Anne and Diana. Like the girls they play, Gracie and Glenda find they are “kindred spirits.”

The book celebrates not only the legacy of Anne of Green Gables, but also the history of the Confederation Centre for the Arts, where the companion books were launched on July 5. Lucy Maud Montgomery’s world-renowned and much-loved book has been translated into French a number of times, most successfully by Henri-Dominique Paratte under the title of Anne: La maison aux pignons verts in 1987. Adaptations for younger readers were also published in both English and French by Nimbus in 2010.

For four to eight-year-old children, The Fox and the Fisherman is a translation of Marianne Dumas’s Le pêcheur et le renard, originally published by Bouton d’or. The English version will be released in the fall by Nimbus Publishing, Atlantic Canada’s premier English publisher of children’s titles. Nimbus has also published French translations of some of its English titles, including Sheree Fitch’s Kisses Kisses Baby-Oh, now also available in Mi’kmaw, as well as English translations of several Acadian books. Its recent English version of another Bouton d’or book, My Two Grandmothers by New Brunswick Acadian Diane Carmel Léger, is very telling about New Brunswick’s bilingualism; it is the story of a child’s Scottish Nannie and Acadian Mémère.

Illustrated by the author, The Fox and the Fisherman has simple, cheerful and exquisite water colours of the maritime setting and is set in an appealing layout. The story is told in an understated, moving tone and a language similar to a fable. The books tells of the encounter of a lonely fisherman named Barnaby and a fox who comes to spy on him. Barnaby looks forward to seeing his four-legged visitor at the end of each exhausting and often unsuccessful day on the sea. The two spend their evenings together on the shore, sharing a comfortable silence as well as Barnaby’s catch, as their unusual friendship grows:

… and would sit side by side, admiring the sea, like old friends. The fox observed Barnaby carefully, almost as if he could understand the man’s feelings.
The fisherman never needed to speak.
The fox could tell Barnaby was kind, and knew he could be trusted. 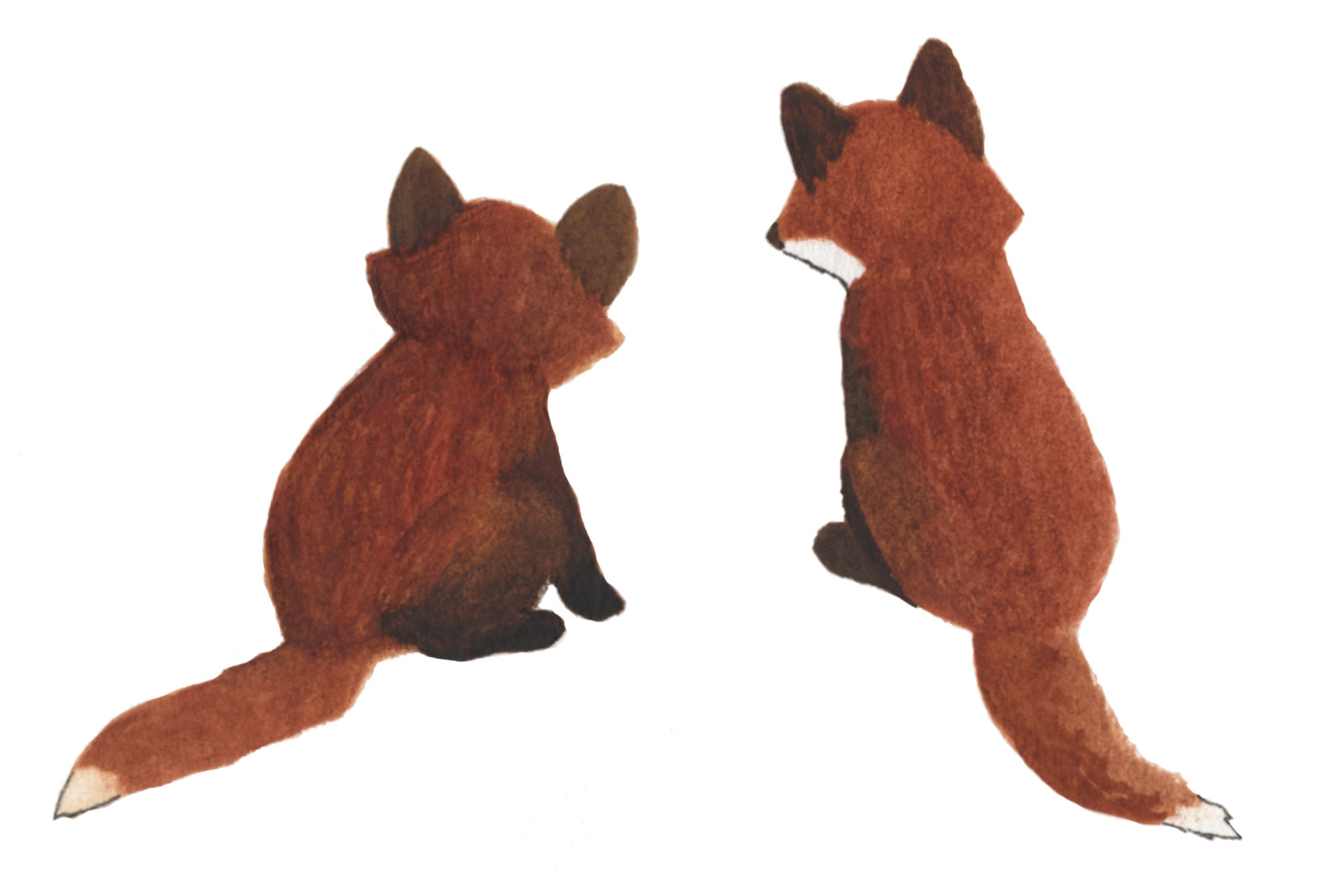 When Barnaby’s friend does not show up one evening, the fisherman becomes worried. Once again, he is faced with an empty house and no one waiting for him. After many long nights, the red fox returns with two kits. Now Barnaby has more company and a better catch to feed them all. In this story trust, gratitude and patience grow in times of scarcity as well as plenty, and hope prevails.

Marianne Dumas is an art teacher in Chibougamau, Québec, who always dreamed of being a writer. This is her first book. The French book was shortlisted for the 2017 Prix Peuplier, one of three French-language Ontario Library Association “Forest of Reading” awards.

The author wrote the French and English version Meet Me at Green Gables. This is a rare occurrence in Canadian publishing, in which most writers, translators and publishers work in only one language and self-translations are an anomaly. In Bouton d’or’s Wabanaki collection, for instance, three writers collaborated on the text, each of them writing in their first language; Nimbus engaged literary translators for most of its previous translations.

When publishers work with literary translators writing in their first language and familiar with the culture and practices of the other language community, it has definite advantages. Translation is a bridge best crossed with a group.

With this abundance of children’s books appearing in two or more languages, I look forward to a growing interest in translations of Atlantic Canadian and Acadian writing in all genres.

Jo-Anne Elder has translated more than 20 works of poetry, theatre, film, fiction and non-fiction from French to English and has been shortlisted for a GOvernor General's Literary Award for translation three times. She and her husband, Aboriginal artist Carlos Gomes, live with their large family in Fredericton.